Japanese director Hirokazu Kore-eda followed 2018’s Palme d’Or-winning Shoplifters with an unofficial world tour of filmmaking, at first making The Truth with legends of French cinema, and now moving to South Korea for his latest film Broker. Featuring a cast of Korean acting royalty and a K-pop superstar, Broker was one of the most highly anticipated titles at this year’s Cannes Film Festival.

By now an unquestionable modern master of the family drama, Kore-eda continues his exploration of family formation and fluidity in Broker. Inspired by the “baby box” phenomenon Kore-eda saw on the news, Broker tells the story of a new mother So-young (Lee Ji-eun) who leaves her child Woo-sung outside a church’s baby box. Woo-sung is intercepted by Sang-hyeon (Song Kang-ho) and Dong-soo (Gang Dong-won), who sell babies to potential parents they deem fit and caring, bypassing the bureaucracies and gaps of official adoption processes. So-young comes back for her baby, and the trio embark on a road trip to find suitable adopters, while a detective (Bae Doona) trails to arrest them for human trafficking.

The multiple storylines result in his most sprawling and messiest screenplay to date. But messiness is also fertile for musing—Broker raises some of the morally grayest and most complex questions in his filmography. The all-Korean production loses some of Kore-eda’s trademark understatement, especially in the cinematography and music departments, but it is salvaged by the stellar acting.

Everything Everywhere All at Once

The above plot summary doesn’t even begin to encapsulate the various small threads and digressions in Broker’s story. Not only are the detective and her subordinate already separate from the core group of characters, there are somehow gangsters involved, a 50 million won debt, an estranged daughter, and a murder case. Kore-eda isn’t even near a clean version of the story, spending time on characters who are barely developed because of limited screen time. Every time the film cuts to the cops, it  loses its momentum, because those characters are clearly ciphers who are just there to state the theme.

Not only are there far too many characters and plot strands, the sequencing of events is also weak. The initial set-up of the baby box mechanism – what’s legal, what’s not, who’s who, why So-young comes back for her baby – is murkily delivered through throwaway bits of dialogue or underemphasized visuals. Even though the characters have the basic goal of looking for buyers, their destinations are often unclear or unconvincing. For example, there is a 20-minute detour in an orphanage that exists not to push the story forward, but only to show the audience the difficulties of operating or living in a Korean orphanage. These storytelling problems are uncharacteristic of a filmmaker who is by now a veteran with fifteen films under his belt.

What compensates for these flaws is the film’s thematic exploration. With its touchy subject of babies being abandoned after birth, Broker was already setting off explosive debates even before the US Supreme Court’s revocation of abortion rights. Certain American critics have jumped to call Broker “pro-life propaganda.” While it is true that one character refers to abortion as “killing a child before they are born,” it doesn’t necessarily mean that the film endorses that viewpoint. Most incriminating is that the film reaches its emotional climax when several characters express gratefulness for being born, which audiences (especially American) can read with an implied “instead of aborted,” even though it is not stated.

But the film does not actually argue, especially not universally, that being born is better than being aborted. Is baby Woo-sung really better off born? Tossed around factions of adults like a ball, Woo-sung ends up with a future uncertain, fragmented, and damned. Broker presents a world without winners, and the babies are the biggest losers of all. It’s cynically aware that its adults see every baby as an opportunity for money, whether it is adoption costs or orphanage funding. If anything resolute, the film is anti-child abandonment, which can easily be read as pro-abortion, as a character suggests multiple times. It helps that the adults are downright morally reprehensible. While Kore-eda’s main characters have been thieves and other questionable types before, they have never been proud human traffickers. While the characters almost endear us through their dogged quest for loving adopters, the film repeatedly reminds us of their wrongdoing, and forces us to think: are there really good guys here?

Working in Korea has not lost Kore-eda his thematic nuance, but there is something off in his tone and visual delivery of emotions. Kore-eda steeped himself in the ever-expanding Korean film industry, borrowing cinematographer Hong Kyung-pyo and composer Jung Jae-il from Parasite to rather strange effect. He has opted to go with digital cinematography for the second time in his career, and the polish on the screen quashes the visual rawness present in his other films, even if the film tries to compensate with natural light. Jung presses the piano just a little too hard in the score, often dictating the audiences’ emotions, a melodramatic tendency that clashes with Kore-eda’s understatedness. Thankfully, Kore-eda retains his directorial skill, often using very intelligent blocking to tell the story in unbroken shots.

For Broker, Song Kang-ho won the Best Actor award at the Cannes Film Festival, which was widely viewed as a catchup prize for his entire career. While he once again plays a pathetic everyman with intrepid vulnerability, he does not stand out in this ensemble piece. If there is a lead, it is K-pop phenomenon IU, credited here in her full name Lee Ji-eun. Her role of a lower-class prostitute murderess would be classic Oscar catnip in Hollywood, but IU plays So-young without any signs of effortful showiness or idol self-consciousness. She accomplishes the herculean task of a celebrity—a world-conquering phenomenon, in her case—disappearing into a character.

Broker left the Cannes Film Festival with tepid, if not negative reviews, and many have felt let down by the sky-high expectations. While it is undoubtedly a mess in basic storytelling—some may even consider it a failure, quite understandably—the thematic reach shows an eminent filmmaker still willing to innovate and get messy and uncomfortable. To his chagrin, Kore-eda is most often compared to another Japanese master of family dramas, Yasujirō Ozu, and these comparisons can be superficial. But what’s striking about the two men is that like Ozu, Kore-eda has dedicated his almost entire career to one topic and genre. That he keeps finding new angles and avenues within these tight parameters he has imposed on himself is a testament not to his limitations, but to his singular talent. Broker is yet another essential chapter to the study of Kore-eda as an auteur in the most traditional sense, with recurring thematic preoccupations and obsessions. 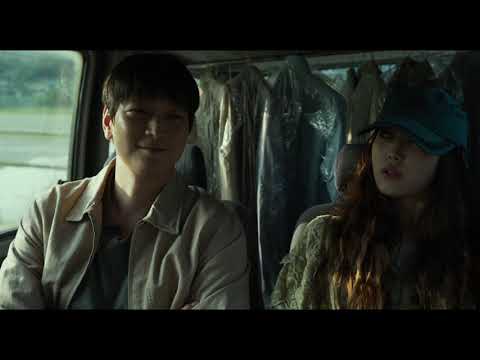