Taiwanese family drama “Reclaim” centers on a woman on the verge of retirement, but lacks dramatic punch and focus.

Reclaim attempts to tell a story about an older woman dealing with the pressures of life.

In the film, domestic issues constantly weigh on protagonist Lan-hsin’s mind. Lan-hsin clearly loves her husband, a man who clearly has too little to do in retirement and fusses too much about the lives of other members of his family, usually in most cases believing that he knows best and that all others do not. However, Lan-hsin struggles with his demands. At the same time, Lan-hsin tries to care for her adult daughter, who works as an architect, and her mother, who has Alzheimer’s.

Lan-hsin has a close relationship with her daughter, who is facing issues with professional success. But Lan-hsin also faces the uncertainty of aging, as embodied in her increasingly forgetful mother. She sometimes wonders about the other possibilities that she gave up in life to start a family, such as studying abroad in Paris.

Reclaim‘s choice to focus on a woman on the verge of retirement could’ve proven interesting, much in the same way as Everything Everywhere All at Once. Nevertheless, the most dramatic thing that Lan-hsin does for most of the movie seems to be searching for homes, and considering investment opportunities.

The film offers intriguing possibilities for plot development when it appears that Lan-hsin has been defrauded by a younger real estate agent acquaintance. The movie could have, then, become a story about what happens when the elderly are financially defrauded, an increasingly severe issue in Taiwan–though this more often takes the case of the elderly and senile falling for online and telephone-based investment scams than from individuals that they personally know and are well-acquainted with.

Yet this element enters late in the film, and is quickly dropped as just another episode in the life of Lan-Hsin, with later suggestions in the movie that she could have imagined the incident. This takes place as part of a series of attempts to cast doubt on the reliability of the narrative perspective of the film, but this story element enters into the equation far too late to be successful.

But insofar as Lan-hsin spends most of the movie simply looking at houses and considering investments, the film becomes somewhat unbearable to watch in light of the sheer economic privilege of its protagonists, at a time in which Taiwan’s young struggle, lacking the economic opportunities of their parents. Most young people in the film are presented as unsuccessful, while Lan-hsin and her husband are happily retired. This generational wealth gap could have made for interesting dynamics for the plot to explore, but is just presented as a fact of life. Yet scenes of Lan-hsin and her mother dressed in expensive matching outfits, preparing to take a flight, are not only hard to stomach but serve to make the characters rather unrelatable for all viewers except those that are similarly wealthy.

There’s nothing inherently wrong with focusing a film on the upper-middle class. One notes that many of the masterpieces of the Taiwanese New Wave, particularly the films of Edward Yang, were about upper middle-class families–but these characters were highly relatable to audiences, as their lives spoke to universal human experiences. Reclaim hardly proves as meditative or philosophical as any of the New Wave films, simply because it does not dwell on any theme long enough for deeper reflection.

Reclaim doesn’t work as a character study either. None of the characters are dynamic or three-dimensional enough to be sufficiently engrossing for audiences. Though the film could have explored the vicissitudes of aging, this seems more of a tacked-on element than anything when it comes up awkwardly near the closing of the film. To this extent, the film would have been better served narratively by prioritizing Yan-hsin’s relation with her husband, mother, or daughter, and focusing on one relationship over the others.

At the very least, Reclaim has competent acting. Paw Hee-ching gives a competent turn as Yan-hsin, but the best performance of the film is probably Kou Hsi-shun’s role as her husband. Kou manages to hit every beat, coming off as sternly patriarchal or obnoxiously demanding with precisely the right register for every occasion. Still, the film is mostly forgettable. 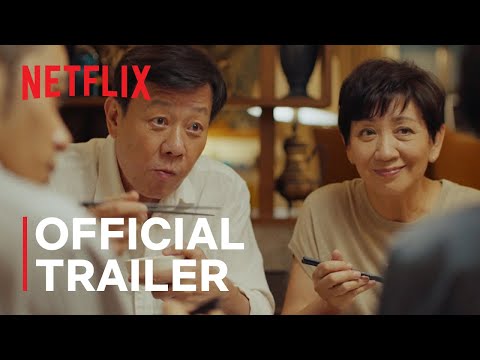