Review: “Next Sohee” Captures the Emotional and Systemic Exploitation of South Korea’s Youth

Director July Jung returns with "Next Sohee," which offers a two-part story on the exploitation and abandonment of young people in South Korea.

After eight years, South Korean director July Jung makes her much-awaited comeback with Next Sohee. Much like Jung’s debut feature A Girl at My Door, Next Sohee stars veteran actress Bae Doona, and received critical acclaim upon its debut—including a seven-minute standing ovation at the 2022 Cannes Film Festival.

Set in 2016 and inspired by a real-life case, the film follows high school student So-hee (Kim Si-eun), who starts an externship at a call center despite studying pet care. Amidst struggles with job tasks and imposter syndrome, So-hee tries maintaining a hopeful attitude. However the pressure soon becomes too much to bear, and eventually leads to her death. Subsequently, detective Oh Yu-jin (Bae Doona) gets assigned to So-hee’s case, and starts following traces that reveal the real cause of So-hee’s demise.

Next Sohee’s narrative has two distinct parts: So-hee’s externship and Detective Oh’s investigation. The first half takes on an emotional approach, focusing not only on So-hee but also on her friends and colleagues. With a 90 minute running time just for this first part, director Jung uses careful scene contrasts and set design to envelop viewers in So-hee’s transformation from a hopeful young woman to disillusioned victim.

In the opening scene, we see So-hee’s passion—for dancing, not cold-calling—in full bloom as she repeatedly tries to perfect a routine. This dream of dancing quickly dies in So-hee’s call center office. It’s filled with claustrophobic cubicle booths, thickets of sticky notes, and the cacophony of agents repeating lines from the same script. The contrast between two routines—one of graceful dancing, the other of robotic cogs in a capitalist machine—evokes a sense of sad irony.

There’s more though. Director Jung shows how adults repeatedly betray So-hee, and push her to her limit. They tell her to endure, to keep working hard, and to not let down her colleagues—though when So-hee needs someone to lean on in turn, adults are never there. Actress Kim Si-eun shines in her silent responses to each entreaty and betrayal, embodying an intensity that gives way to heartbreaking hopelessness.

If personal silence and suffering define So-hee’s half of the film, societal questioning and probing define Detective Oh’s. As Bae Doona faces the camera in her role as the detective, Next So-hee takes a political approach, examining institutions and policies. As Oh traces the steps that led to So-hee’s demise, it becomes clear that both the school and the call center company are engaging in exploitative practices. Bae tries to bargain and hold someone, anyone, accountable for So-hee’s death. But all she can do is stew in anger and frustration, reflecting what director Jung would like viewers to feel—when everyone in a system is complicit, how do you assign blame? In the wake of So-hee’s death, is it the metrics-driven school districts who are most at fault? The companies looking for cheap labor? Or perhaps the parents who fail to notice their daughters are struggling?

“You have to endure it,” So-hee’s teacher repeatedly tells her. So too is the reality of South Korea’s youth, who must endure the weight of societal expectations. Next Sohee is perhaps the most chilling cinematic reminder this year of those young South Koreans’ plight, the struggle of surviving in the suffocating oven of  “Hell Joseon”. From implied threats of getting “red-tagged” against future employment, to suspensions for misbehavior, society presses down upon So-hee, until she cannot breathe anymore.

This notion of “enduring” also speaks to the social stigma placed upon seeking help. As So-hee falls deeper into despair, adults dismiss her. After she dies, they continue to reject the idea that she may have been in distress, saying that she showed “no signs” of mental strain. It’s an apt portrait of the state of mental health in contemporary South Korea. Public prejudice against seeking mental healthcare remains high in the country, and those who try to seek help often cannot find adequate resources. The South Korean government itself has done little to combat mental illness, and left most of the burden to social sector organizations. “She just went quietly,” the last person who saw So-hee alive says—and that’s the reality for myriad South Koreans today, suffering in silence.

And thus, Next Sohee marks a great return from July Jung. Despite being away from the limelight for eight years, Jung still retains her realistic touch, and has crafted a worthy successor to A Girl At My Door. While Next Sohee is set in 2016, many of its themes remain relevant today, waiting for someone to take action and prevent the next Sohee in real life. 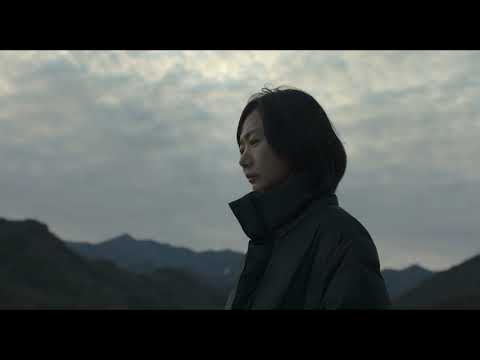