The biggest queer film of 2020 might be one you’ve never heard of. When cinemas were closed in the West, a school uniform romance between two boys broke significant box office records in Taiwan, earned the endorsement of President Tsai Ing-wen, and even led desperate fans in Hong Kong to pay scalpers’ prices for tickets to limited screenings. That film is Your Name Engraved Herein, in which high schoolers A-Han (stunning newcomer Edward Chen) and Birdy (Tseng Ching-hua, star of last year’s surprise blockbuster Detention) fall into romantic entanglements amidst societal, religious, and psychological pressure.

Audiences of Chinese-language pop culture won’t be foreign to the Taiwanese school uniform romance—You Are the Apple of My Eye and Our Times have been two of the island’s biggest cultural exports in this century. Compared to those films, Your Name Engraved Herein delivers a heavier emotional wallop and explores its period setting more, but it falls short of its trailers’ promise of “epic grandeur” and comparisons to Palme d’Or–winning classics. Its sensual filmmaking is on par with recent, acclaimed queer movies from the West, but it is bogged down by reminders of homophobia within.

It’s no coincidence that queer cinema has often been sensual. Intimacy and sensuality breach comfort zones and push boundaries. One would be hard-pressed to forget the throbbing trousers of Fassbinder or the armpit-fingering of Portrait of a Lady on Fire. The first full scene of Your Name Engraved Herein continues that tradition, with the arms and bare chest of protagonist A-Han skidding through the surface of a swimming pool. Cinematographer Yao Hung-i of Long Day’s Journey into Night (2018) fame fixates on the subjectivity and sensory experience of A-Han.

It is the senses that produce the film’s best scene—our central lovers listening to an important song. That is a trope that has emerged in recent queer cinema—from the aforementioned Portrait and Call Me By Your Name to fellow 2020 Taiwanese film Dear Tenant—and Your Name Engraved Herein proves why. When we listen to a song along with the characters, we see and feel their interiority on their faces, and more importantly, hear their affectionate words that are too taboo to speak. It’s a scene that singlehandedly wins the audience over.

A-Han’s perception of the world is important, not just because he’s gay, but also because he’s in 1980s Taiwan. Your Name Engraved Herein is set in an immediately post–martial law Taiwan, a world still confused by the end of decades-long state oppression. Through A-Han’s subjectivity, the audience experiences firsthand the rollercoaster conditions of living in that world—one minute, he’s enjoying newfound liberation, but in the next, he’s facing punishment from an authoritarian culture. With this bait and switch, director Liu Kuang-hui establishes a period world with authenticity. But the times ultimately don’t play enough of a part in deciding our lovers’ fate, which is why Liu fails to deliver the promised grandeur.

The Taiwanese film industry has only recently found the courage to confront its national trauma, but the toxic values of the past shouldn’t come along with that. The biggest drawback of Your Name Engraved Herein is a counseling session with the school priest that frames most of the film. During the session, Father Oliver expectedly rebukes A-Han’s feelings for Birdy with homophobic soundbites, while A-Han screams back anguished, self-deprecating cries. Every time the burgeoning romance in the past is about to blossom, Liu cuts back to the screaming match in the present, and deflates any excitement in the air.

The presence of the framing device shows that progressivism in Taiwan still has some way to go. While indie Western cinema has largely moved into the post-gay era—gayness defined by a shrug of the shoulder, not struggle and militancy—Your Name Engraved Herein still has to proclaim loud justifications of gayness, still feels the need to argue for the righteousness of gay love. While Taiwan prides itself on being the first country in Asia to legalize same-sex marriage, Liu’s urge to defend gayness shows there is still a populace to be convinced.

But the conservative-minded are unlikely to tune into an explicitly gay romance. To the more liberal target audience of the film, the dialogue between the two feels tired and unnecessary, and creates a brutalizing viewing experience. Not only does A-Han’s didacticism insult their intelligence, Father Oliver’s bigotry also reminds them of the cruelty that once infested (and still lives in) the world—a reminder that hits too close to home. If being queer is an experience of both pleasure and pain, Your Name Engraved Herein spends far more time on the latter. Every instance of pleasure is denied or leads to pain, and there is even a roughly 45-minute stretch during which there isn’t a single scene of happiness. Even if that is accurate to our characters’ world, it isn’t to ours. The reiteration of homophobic views and the trauma originated from gayness are incessant and make the film difficult to endure.

As aforementioned, the hero that redeems the film is the theme song our characters listen to. It has quickly amassed 20 million views on YouTube, spawned cover after cover by Taiwan’s pop princesses, and even won the Golden Horse for Best Original Song, which does not usually go to chart-topping hits. That’s because it actually elevates the movie tenfold. With lyrics of despondent self-reflection, the song makes us feel the characters’ pain, and its delicate falsetto reflects their fragile, wounded state.

But the song’s symbolic quality exceeds its craft; just as it is important to have a gay version of You Are the Apple of My Eye and Our Times, it is important to have a gay version of those movies’ hit songs. Gay listeners now have a hit of their own, and straight listeners who have fallen in love with the song are now singing about a love story written as homosexual, inadvertently or not. With the power of art, the song’s creative team has sublimated gay desire into the mainstream consciousness. (However, Liu succumbs to hubris, excessively reprising the song in the film’s coda.)

Despite Your Name Engraved Herein’s phenomenal popularity and high school setting, it is not dismissable young adult fluff. To my even greater relief is that it is not BL, i.e. Boys’ Love, a genre of homoerotic fiction that panders to fujoshi women and has become wildly popular across Asia. That means it does not turn gay intimacy into a spectacle for a straight audience’s gaze, but sensually explores the pleasure and pain of coming of age, gay, in 1987 Taiwan. Sadly, it is brought down by too much emphasis on the latter. 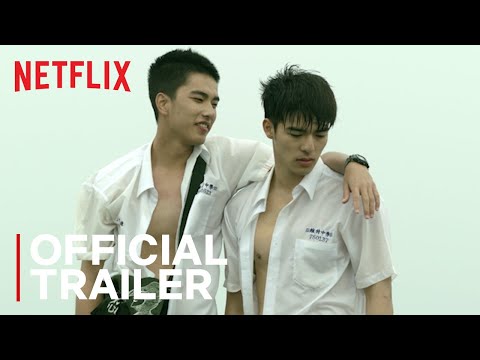 Your Name Engraved Herein is available for streaming on Netflix worldwide.