Singaporean director Ken Kwek would like you to know two things. First, he’s not an activist. Second, his latest film #LookAtMe has no political agenda.

Those are curious statements if you know about Kwek’s background. He once sparred with Singaporean “founding father” Lee Kuan Yew on live TV, worked as a political reporter for The Straits Times, and saw his 2012 directorial debut Sex.Violence.FamilyValues banned by the Singaporean government.

But viewing #LookAtMe will reveal the logic behind Kwek’s twin insistences. Through its story of a family that unravels under the weight of Singaporean society’s stifling attitudes towards free expression and LGBTQ+ rights, the film doesn’t just entertain—it also becomes a twisted funhouse mirroring of the minefields that socially conscious Singaporean artists like Kwek must navigate.

Ricky is gay, and the brothers become incensed at the sermon. In reaction, Sean makes a saucy vlog skewering the pastor. The video goes viral—but gets Sean hit with a defamation lawsuit, and jailed for violating Singapore’s laws on “hurting religious feelings” and “spreading fake news”.  As Sean’s mental state deteriorates in prison, Ricky and Nancy also discover that, in Singapore, violence and oppression against those who speak out doesn’t only occur behind bars.

Choiceful cinematography and production design convincingly accentuate the film’s implication that, while idyllic on the surface, Singapore is still giant island prison of sorts—Disneyland with the Death Penalty, as an infamous Wired article once put it. #LookAtMe throws in subtle visuals of surveillance cameras, and deploys wide-angle shots to mimic those cameras’ points of view. Each location—megachurch toilet stalls, claustrophobic prison cells, woozy mental hospital wards, cleared-out HDB apartments—feels meaningful in communicating the psychological isolation that the movie’s protagonists experience as society turns on them.

#LookAtMe’s choice to toggle between genres also proves highly effective. By starting off as a playful family drama, the film builds audience sympathy for the Marzukis. Then, it plunges into tragedy and prison exploitation, with an intensity that helps audiences viscerally understand just how intensely the Marzukis’ lives spin out of control when Singapore’s authoritarian cocoon envelops them. This artistic choice makes the film more engaging as well; genre-jumping keep viewers on their toes. #LookAtMe remains suspenseful until its very last moment, which resolves in a way that makes riding its emotional rollercoaster entirely worth any stomach heaves and sweat.

Perhaps the most sweat-inducing aspect of #LookAtMe, however, is how authentically it channels reality. Per its opening credits, the film is inspired by actual events. In recent years, Singapore’s government has persecuted numerous bloggers, rappers, and other civil society figures who’ve spoken up about issues like racial discrimination and migrant worker rights. As a “soft authoritarian” state, Singapore doesn’t always overtly censor or jail such individuals though. The city-state’s authorities also deploys defamation suits, commercial pressures, and permit denials in order to create a chilling effect upon free expression.

In an interview with Cinema Escapist, director Kwek shared that the idea for #LookAtMe arose in 2015 amidst one of Singapore’s most controversial free expression cases—that of a teenager named Amos Yee, who posted provocative vlogs criticizing Lee Kuan Yew and Christianity, among other matters.

“I thought—what if you had a guy who’s as rude as Amos Yee, but isn’t spewing vitriol or rubbish, and instead has a really good thing to say?” said Kwek.

Simultaneously, Kwek had formed many close connections with queer figures in Singapore’s artistic community, and began to observe a mental schism in how his country approached LGBTQ+ rights. As #LookAtMe mentions, Section 377A of Singapore’s Penal Code still retains a British colonial-era ban on sex between consenting male adults.

“It was very dissonant that these celebrated artists, many of whom direct the National Day Parade—the event that celebrates Singapore as a nation—are criminals. And I fused that with the idea of a blogger,” said Kwek.

However, Kwek’s primary intention with #LookAtMe wasn’t advocating for the repeal of Section 377A, which has become a hot topic in Singapore at the moment.

“In Singapore, it’s rare to see queer characters in mainstream film and TV. If you do, they’re always depicted as somehow abnormal,” said Kwek. “The most radical thing I wanted to achieve with this film was to show a normal, likable gay character who has no pain, and no shame about coming out to his family.”

This choice to refuse the mantle of activism and focus on storytelling comes from a logical basis.

While reflecting on the Singapore government’s ban of his anthology Sex.Violence.FamilyValues in a 2015 talk, Kwek said: “I’m no longer afraid of Lee Kuan Yew and the intimidation tactics of his government. I’m afraid of the average citizen. I’m afraid of the guy next door. And I think that’s a pretty chilling thought.”

That idea courses through the veins of #LookAtMe—where Sean’s criminal charges technically arise from citizen complaints, where Ricky and Nancy face ostracism and attacks from all manner of private individuals.  This notion of a complicit citizenry simultaneously heightens the movie’s thrills and sharpens its political subtext, compelling audiences to remain on edge after realizing that threats can come from anywhere, anytime.

“If anything, things have gotten worse [since 2015],” said Kwek. “But if the climate is one of fear, then instead of trying to resist or stick my head in the sand, I want to express it in a story that replicates the feeling.”

For Kwek then, storytelling has become a way to embrace fear while not running away from it, to turn that fear into something meaningful and emotionally resonant. Perhaps crafting fictional stories is Kwek’s way of embodying the spirit of #LookAtMe’s characters, without suffering their tragic fates.

“I’m not a politician. I’m not an activist. I’m not on a soapbox calling for change,” said Kwek. “I am a filmmaker, and my job is to make a really entertaining popular film. And if it happens within a political reality that you find interesting or can’t avoid, then it’s there. But certainly you don’t start from a point of pushing a particular agenda.”

Besides, authoritarian as it is, Singapore’s government still cares about public opinion. And while attitudes are shifting, polls still show that more Singaporeans support keeping Section 377A than repealing it. Even if Kwek’s aim was to change hearts and minds for this particular issue, one “really entertaining popular film” might do more towards that end than a hundred provocative vlogs. In a country where activists are forced into exile or sued into oblivion, being an artist with a conscience may prove a more fruitful path indeed. 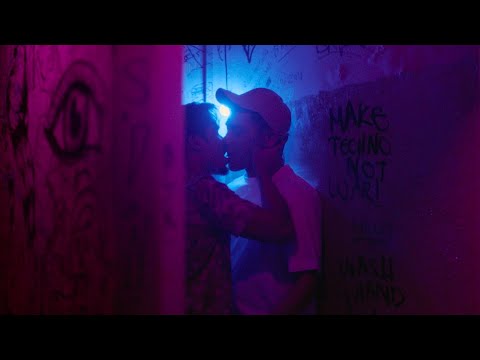