Starring Wu Jing and Andy Lau, "The Wandering Earth II" channels its predecessors’s sense of ambition—perhaps too much for its own good, given shifts in China’s sociopolitical climate.

When The Wandering Earth came out in 2019, another Cinema Escapist reviewer deemed it a “breathtaking sci-fi success.” Based on a short story by renowned author Liu Cixin (best known for his Three Body Problem trilogy), the big-budget movie signaled China’s arrival as a major player in the global sci-fi blockbuster arena.

Moving Mountains for a Wandering Earth

The Wandering Earth II spans three decades (from the 2040s to 2060s) and dives into the backstory of how humanity ended up building a bunch of nuclear fusion engines to push Earth away from a soon-to-explode sun, as seen in the first Wandering Earth. It turns out that, as an alternative to moving Earth away from the solar system with the “Moving Mountain Project,” others proposed preserving human consciousness on computers through the “Digital Life Project.”

The movie contains three character subplots that convey the struggle between those two philosophies, though the Moving Mountain Project always enjoys clear supremacy. First and foremost, actor Wu Jing (famous for his roles in the nationalistic Wolf Warrior franchise) reprises his role as astronaut Liu Peiqiang—who was the primary protagonist of the first Wandering Earth, and somehow never ages in the five decades that elapse as he advances the Moving Mountain Project across two movies. Next, Hong Kong movie star Andy Lau plays a grief-stricken scientist who secretly embraces the Digital Life Project, as a way to keep his young daughter alive. Finally, Li Xuejian plays China’s understated but firm representative to the United Earth Government (which succeeded the UN), who must corral international alignment around the Moving Mountain Project amidst sabotage efforts and naysayers.

On top of this ambitious narrative scope, The Wandering Earth II contains all the drone swarm battles, space elevators, and nuclear explosions necessary to satisfy the cravings of action-hungry audiences. What’s more interesting though is how the movie doubles down on a particular image of Chinese-led geopolitical order, in a manner that feels even sharper than what the first Wandering Earth established.

As with the first Wandering Earth, The Wandering Earth II features China at the helm of a broad international coalition implementing the Moving Mountain Project; these two movies probably recruited the most foreign actors of any productions in Chinese cinematic history. Reflecting China’s real-world engagement with Africa, a chunk of the prequel takes place at a space elevator base station in Libreville, Gabon. While Chinese astronauts, soldiers, scientists, and diplomats take the lead under all circumstances, they’re usually cheery and avuncular, as opposed to imperious. Characters from the Russian military complement the Chinese on multiple occasions, playing into stereotypes of Russians as a zhandou minzu (战斗民族) of soulful warfighters.

While the above elements are all present to some degree in the first Wandering Earth, one significant difference is The Wandering Earth II’s depiction of the United States as a foil to China. Whereas the original Wandering Earth didn’t feature Americans at all, The Wandering Earth II shows Americans in discussions at the United Earth Government headquarters in New York City. Apparently 91% of Americans don’t believe in the Moving Mountain Project, and the movie paints American officials as belligerent, obstructionist, and petulantly absent from frontline affairs. It’s a view that accords with official Chinese attitudes towards the US, formed especially during the Donald Trump administration.

In general, The Wandering Earth II projects an ambitious image of China that the Communist Party would like audiences to believe exists. Benevolently paternalistic officials leverage advanced technology alongside courageous Wolf Warriors to make this version of China (and by extension the world) a better place. At the same time, in an echo of real-world gaming and tech industry crackdowns, those who engage in digital escapism must be tamed lest they threaten social stability.

Alas, reality in China is more complicated than the Communist Party would prefer. In 2019, China indeed seemed like an ascendant responsible global leader, especially compared to a Trumpian United States wracked with isolationism and conspiracy-mongering. The first Wandering Earth fittingly echoed this state of affairs.

However, in 2023, China’s real-world sociopolitical position feels more subdued. With two years of zero-COVID, it’s China that has chosen global isolation, and suffered economically for it. China’s multilateral efforts through the Belt and Road Initiative have stalled, and the country’s famously assertive “Wolf Warrior Diplomats” are getting reined in as well. Disillusioned with life in China, educated young Chinese are embracing the “run philosophy” of emigrating abroad. Even those stereotypes of Russians as proficient warfighters are now in question, after Putin’s failure to conquer Ukraine.

With that in mind, the epic bombast of The Wandering Earth II starts feeling a bit tone-deaf, especially with the movie clocking in at an eye-numbing 2 hours and 53 minutes (40 minutes longer than its predecessor). The film feels like it’s stuck in a pre-COVID China, and fails to acknowledge what China has been through these past few years. Granted, not every movie needs to reflect political sentiment—but The Wandering Earth II bears a unique burden given its franchise’s established geopolitical significance.

Perhaps The Wandering Earth II should’ve taken a page from Top Gun: Maverick. Both movies convey their respective nations’ geopolitical fantasies, and strive for epic blockbuster appeal. However, Maverick acknowledges America’s malaise before laying it thick with Department of Defense-funded propaganda shots, and emerges a better movie as a result—call it character redemption as a national metaphor, if you will. Alas, showing a China that gets stronger after learning from its anxieties requires acknowledging the existence of anxieties, and doing that gets into a political minefield that The Wandering Earth II’s filmmakers probably wanted to avoid.

That said, Chinese audiences will likely still flock to watch The Wandering Earth II given its star power, and the halo effect of being a sequel. More nationalistic types will probably embrace the movie as a way to reinvigorate patriotic sentiments. But don’t be surprised if The Wandering Earth II enjoys less buzz than its predecessor, especially among global viewers. 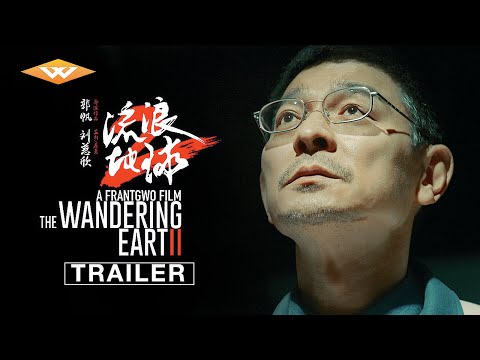