The top movies from Thailand in 2017: including romance, comedy, horror, action, and more. 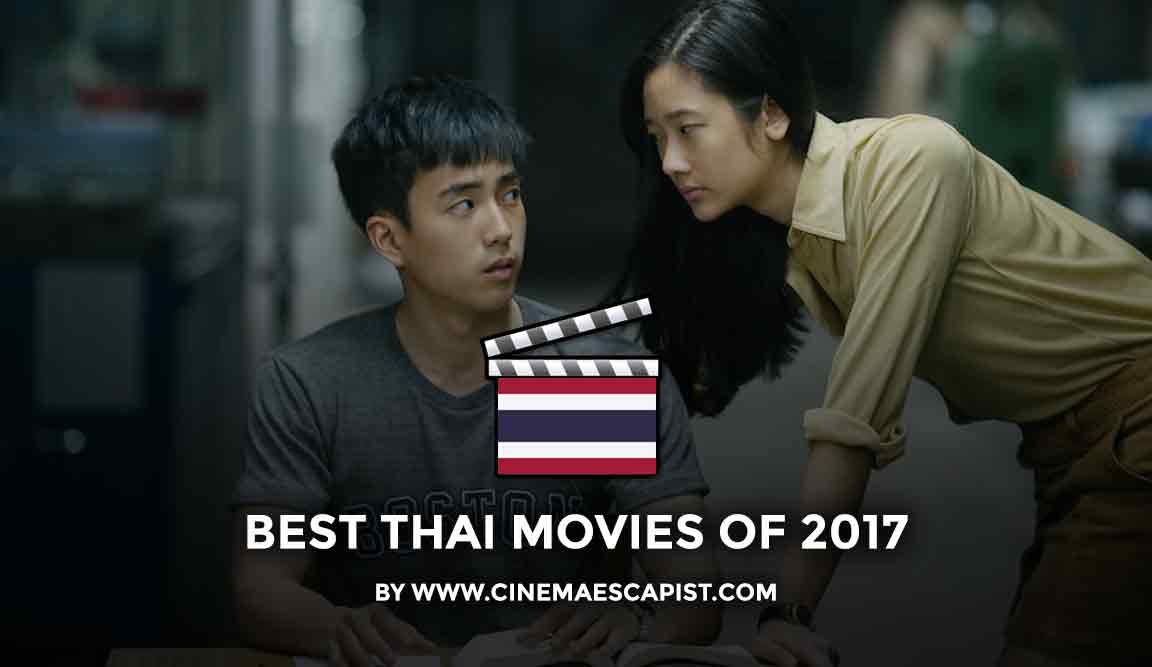 You may not be familiar with the country’s film scene, but Thailand’s movie industry came out with a relatively respectable selection of films in 2017. Beyond domestic hits and art house darlings, some of 2017’s top Thai movies also enjoyed success in Asia at large.

So, what are the best Thai movies of 2017? Cinema Escapist took a look at some worthy contenders across multiple genres and compiled this list of eight Thai movies that are worth your time. Whether you want a rom-com or thriller, a horror movie or action movie, this list will have you covered. 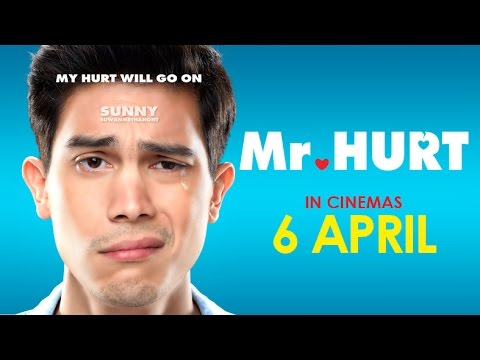 Want a low-commitment romantic comedy? Mr. Hurt might fit your bill. In short, the movie is pretty much like a Thai version of the hit American rom-com Forgetting Sarah Marshall.

Popular Thai actor Sunny Suwanmethanont stars as our protagonist Don Sri-Chang, a professional tennis player with an attractive girlfriend. When his girlfriend turns his marriage proposal down and dumps him for a rockstar, Don falls into despair… until a new girl pops into his life. 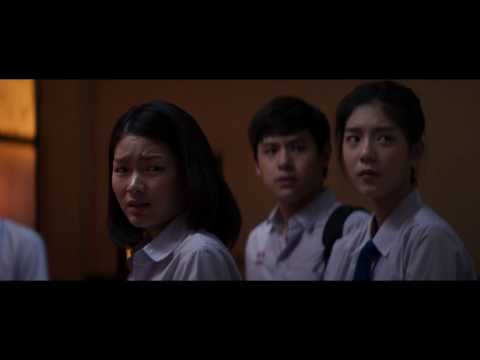 The 2017 Thai horror movie Siam Square takes its name from this district and its cram schools. Its protagonists are a group of students cramming for the Thai college entrance exam. They catch wind of an urban legend: if you worship a certain evil spirit that lurks around Siam Square, you can increase your chances of passing the exam. Of course, since this is a horror movie, these students decide to investigate that legend… and get more than they bargained for.

If you’re looking for a movie that mixes familiar elements of Asian upbringing (i.e. prepping for tests) with spine-chilling horror, check out Siam Square. 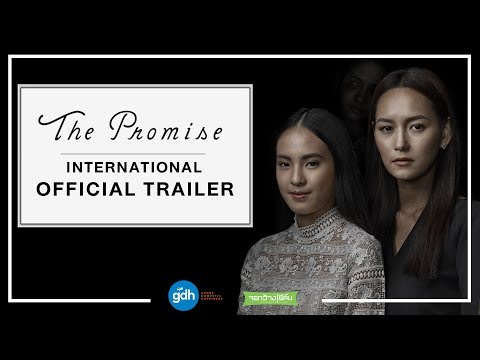 If mixing students with horror isn’t your thing, then how about mixing economics with horror? That’s one way to describe The Promise, a riveting 2017 Thai horror movie whose plot piggybacks on a pivotal moment in Thailand’s recent economic history.

In 1997, Thailand befell the Asian Financial Crisis when its currency (the Thai bhat) collapsed amidst massive speculative attacks. Hundreds of thousands of Thais lost their jobs, and formerly robust GDP growth screeched to a halt.

The Promise centers around a suicide pact that two girls named Ib and Boum made during this crisis. As their families’ finances imploded, the two vowed to kill themselves together, but only Ib followed through. 20 years later, Ib comes back to haunt Boum, who now also has a 15 year-old daughter.

Another interesting tidbit: The Promise also features the abandoned Sathorn Unique Tower, perhaps Bangkok’s most famous urban exploration destination. This 47-story tower’s construction came to a standstill because of the 1997 Asian Financial Crisis; it’s a haunting reminder of economic collapse that still looms over Bangkok’s skyline. 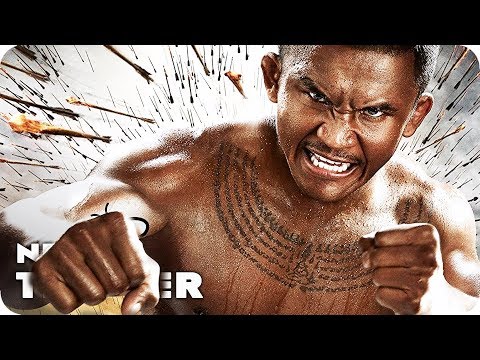 We move from horror to action with Broken Sword Hero, also known as Thong Dee Fun Khao. In this Muay Thai martial arts flick, we watch a young runaway grows into a legendary fighter who ends up becoming a commander under one of Thailand’s greatest kings.

Broken Sword Hero‘s protagonist was inspired by a real-life warrior named Phraya Pichai (“White Teeth”) from Thailand’s Ayutthaya period, around the 1700s. If you want to see some entertaining fighting (though admittedly there’s a really large amount of slow-mo) and learn about Thai history in the process, Broken Sword Hero is a good option. 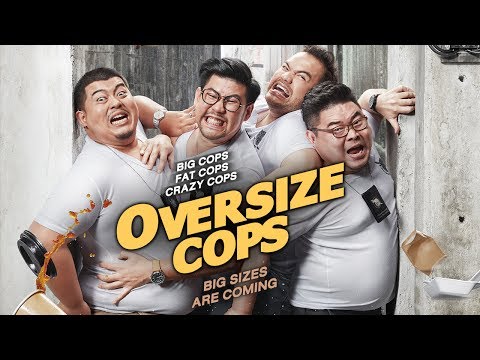 From action we transition to comedy—buddy cop comedy, to be specific. Oversize Cops has a pretty descriptive title. The movie features four obese police officers whose girths start getting in the way of their careers.

In order to continue down the path of police work, our four bumbling protagonists must get fit and get investigating. Along the way they also meet a fitness trainer played by Nutjaree Horvejkul, sister of K-pop boy band 2PM’s Nichkhun.

While its acting sometimes feel choppy, Oversize Cops comes at its story with a big heart. It playfully balances the need to lose weight with a message of accepting yourself for who you are, offering an overall uplifting message alongside ample laughs. 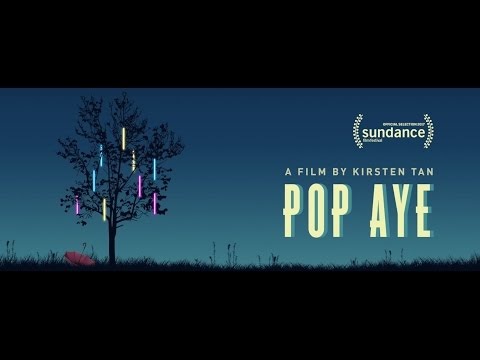 A co-production between Thailand and Singapore, Pop Aye is a heartwarming indie film about a man and his elephant friend. Thana is a middle-aged architect who’s burnt out from life. One day, he stumbles upon an elephant in Bangkok—which turns out to be his childhood companion Pop Aye.

Inspired, Thana takes Pop Aye on a wistful journey across Thailand, back to the village where they grew up together. Along the way, they meet various intriguing characters who bring more flavor to their lives.

Pop Aye offers a good amount of thoughtful commentary around aging, coping with the past, and human nature. But more than anything else, the elephant who plays Pop Aye steals the show. Sometimes, it just takes a gentle pachyderm friend to help us humans explore the meaning in our lives. 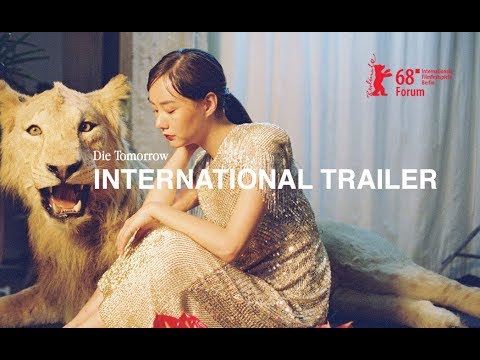 Director Nawapol Thamrongrattanarit is most famous for his 2015 unique romance Heart Attack. At least rhetorically, it seems like he’s moving a step beyond that with his latest piece Die Tomorrow, a decidedly more indie film.

Die Tomorrow is not a singular narratives but rather an anthology of stories about the last days of peoples’ lives. These stories were supposedly inspired by newspaper headlines between 2012-2016; although it addresses death, the movie is more uplifting than you might think. Sure, it’s not a full of saccharine happiness, but it explores the depths of human connection in ways that only those who are about to lose that connection can embody. 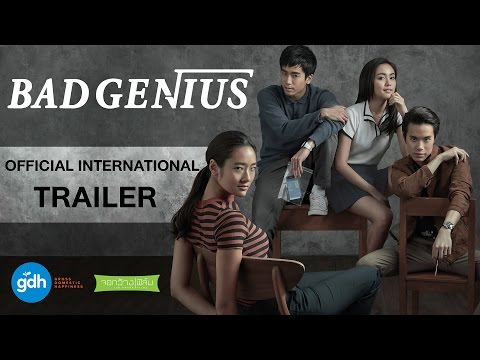 We top off our list of Thailand’s best movies from 2017 with Bad Genius—which should come as no surprise to anyone familiar with Thai cinema.

What’s so appealing about Bad Genius? Besides high production quality and excellent acting, the film harnesses themes familiar to global—especially Asian—audiences. In short, Bad Genius is an exam cheating heist thriller. Its protagonists are a group of Thai students who devise an ingenious scheme to cheat on an international university admissions test and earn millions of bhat along the way.

Given the prevalence of high-stakes summative exams in Asian countries and the easy appeal of heist narratives, it’s no wonder audiences in the region gobbled this movie up. When you spend most of your childhood prepping for test like the Gaokao or Suneung, watching a movies where characters creatively elevate themselves above this boredom provides great emotional release.

If you want to learn more about Bad Genius, read our interview with Nattawut Poonpiriya, the film’s director.

Want to watch Korean movies instead? Check out the Best Korean Films from 2017!