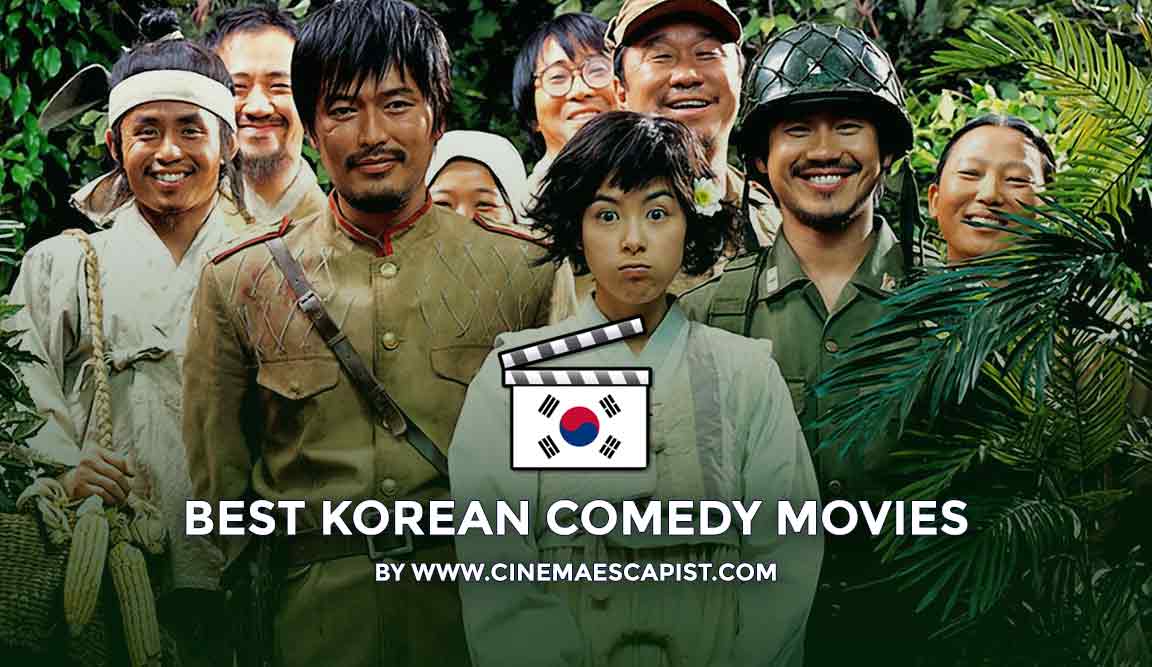 Want some laughs from Korean films? Have no fear, our list of the Best Korean Comedy Movies is here! To help you more easily watch these comedies, we’ve also included streaming links.

In this compilation of top Korean comedies, we here at Cinema Escapist have selected titles that are not only funny and entertaining, but also highly meaningful.

Perhaps more so than comedies from other countries, Korean comedy movies tend to blend other genres into their storylines. This doesn’t just mean rom-coms–it also means that Korea’s funniest movies often use their humor to highlight relevant social, political, and historical themes.

With a mix of both extremely recent and unmissable classic titles, our list of the 11 best Korean comedy films will help you laugh out loud—and learn more about Korean society as a bonus.

There’s a trend to Korean comedies: they start off funny, but they end on a more tragic note. Without giving too much away, that’s an apt way to describe Secret, Greatly.

Though the film’s initial humor is more lighthearted than raucous, it has a rather hilarious premise: North Korea sends an elite spy to live undercover in South Korea as a village idiot named Dong-gu, who poops on the street and falls down stairs. After Kim Jong-un’s death, Dong-gu and two other undercover spies (a rock musician and a student) get caught up in a power struggle with violent consequences.

Secretly Greatly is not the only South Korean comedy movie that talks about North Korea. There are other instances (like 2003’s North Korean Guys), but Secret Greatly offers the most modern and mainstream take on the format. It’s a useful way to gauge everyday South Korean attitudes towards North Koreans as “wayward brothers” that ultimately still belong to the same metaphorical Korean family. 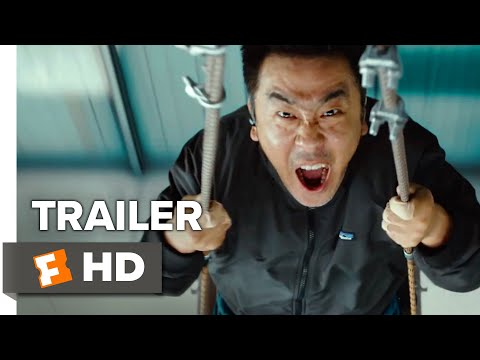 We continue our list with 2019’s best Korean comedy movie, Extreme Job. With a box office gross of over US$125 million, this film captivated many viewers in Korea and beyond. In fact, it’s the highest earning Korean comedy of all time (so far).

A blend of the buddy cop and action genres, Extreme Job features a group of bumbling police officers who start a fried chicken restaurant to provide cover for an undercover anti-narcotics operation. When the restaurant becomes unexpectedly popular, the cops struggle to balance their cover story with their true mission—to comedic effect. 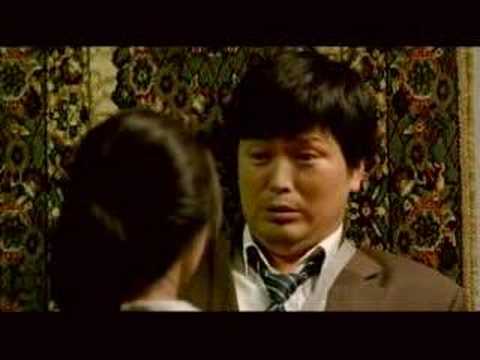 Did you know that there are many Koreans in Uzbekistan? I didn’t know until I saw Wedding Campaign.

In this romantic comedy, two middle-aged Korean men (played by Jung Jae-young and Yoo Jun-sang) travel to Uzbekistan in order to find wives from the local ethnic Korean population. Together with their matchmaker-cum-translator Lara (Soo Ae), the two men must deal with amusing cultural and linguistic barriers in their quest for romance.

First is the existence of Koryo-saram, or the ~500,000 ethnic Koreans who reside in post-Soviet countries. In the late 1800s when Korea was on a decline, many Koreans migrated to the Russian Far East in search of economic opportunities. However, when Stalin rose to power, he forcibly relocated 172,000 of those Koreans to Central Asian countries like Uzbekistan. 176,000 ethnic Koreans remain in Uzbekistan to this day, speaking a distinct language and creating Soviet-influenced culinary traditions.

Second is the fact that many rural Korean men, unable to win over local women, turn to foreign brides. This raises interesting questions around assimilation, and is part of an urban-rural divide that also shows up in other movies like 2018’s Burning. 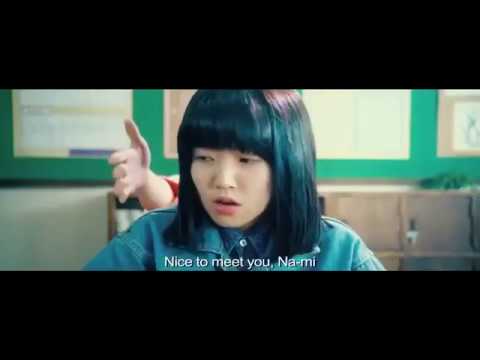 One of the more female-centric Korean comedies out there, Sunny offers a wholesome reflection on friendship and nostalgia. The film centers around a middle-aged woman named Im Na-mi. During high school, Na-mi had a six-girl friend group named “Sunny.” One day, Na-mi discovers one of Sunny’s members dying of cancer in a hospital—and she resolves to bring Sunny back together once more.

Alternating between Sunny’s formation (and Na-mi’s adolescence) in the 1980s and the present day, Sunny will resonate with anybody who’s also looking to relive the lighter memories of youth. This is the kind of movie that makes you both laugh and cry, and warms your soul in the process.

If you’re interested in modern Korean history, make sure to look closely while watching Sunny. The 1980s was a key period of Korean democratization, and director Kang Hyeong-cheol slipped in many details regarding democratization. For example, Na-mi’s brother is a student activist, and some of the film’s scenes feature the Gwangju Uprising in the background. 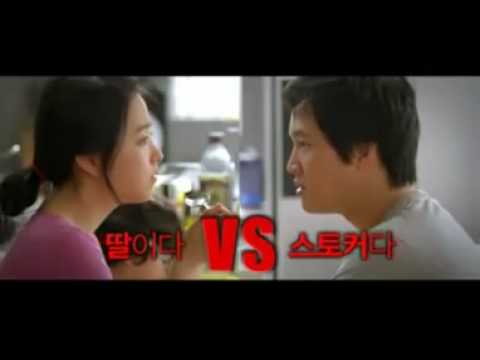 Before Sunny, director Kang Hyeong-cheol made another highly successful comedy called Scandal Makers. Despite the “scandal” in its title, Scandal Makers is a movie that you could watch with your family or significant other without trouble.

In Scandal Makers, Cha Tae-hyun (of My Sassy Girl fame) stars as a playboy DJ named Nam Hyeon-soo who suddenly discovers that a single teenage mother (Park Bo-young in her breakout role) who calls into his show is actually his daughter. The bachelor lifestyle-loving Nam must now contend with his newfound status as both father and grandfather—to comedic effect.

As previously implied, there really isn’t that much “scandal” to Scandal Makers. Instead, it’s a wholesome and chuckle-inducing exploration of what family, or lack thereof, means.

Miracle in Cell #7 is another one of those Korean comedies that blends laughs and tears.

The movie centers on Lee Yong-gu, a mentally handicapped man who’s falsely imprisoned for the murder and rape of a police commissioner’s daughter.

Though initially ostracized, Lee eventually wins the admiration of fellow cellmates—and the prison warden—due to his pure and childlike nature. Lee’s cellmates end up helping regularly smuggle in his daughter Ye-sung, whose precociousness injects further mirth into the film.

Without giving too much away, Miracle in Cell #7 is one of the most wholesome and touching Korean movies that exist. A big warning though: have tissues ready to wipe away the tears you’ll get from laughing and crying too much. 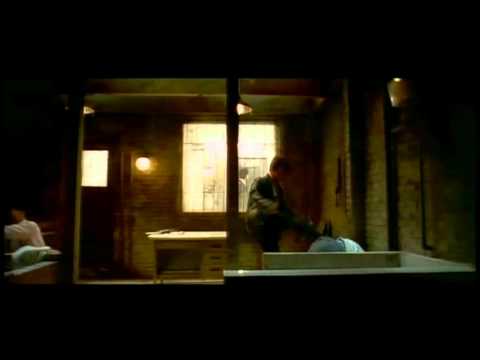 If you’re into political comedy, look no further than The President’s Last Bang. This superb movie is not only entertaining, but also evidence of South Korea coming to terms with its authoritarian past.

In short, The President’s Last Bang dramatizes the 1979 assassination of South Korean president Park Chung-hee. Though he helped South Korea’s economy grow, Park also ruled with an iron fist—creating a complex legacy that pits conservative supporters against liberal detractors to this day.

Because it centered on such a controversial figure, The President’s Last Bang caused a huge buzz upon its release. Park’s only son sued the filmmakers; while he couldn’t stop the film’s distribution, he did force the production company to pay US$105,000 in restitution.

It’s easy to see why Park’s son wanted to sue. The President’s Last Bang depicts Park Chung-hee and his allies as bumbling, Japanese-sympathizing idiots who womanize and drink instead of care about Korea’s citizens. The film comes bracingly alive with excellent acting and compelling narrative structure, adding more punch to its already potent message.

To learn more about The President’s Last Bang, read our full-length review about the movie! 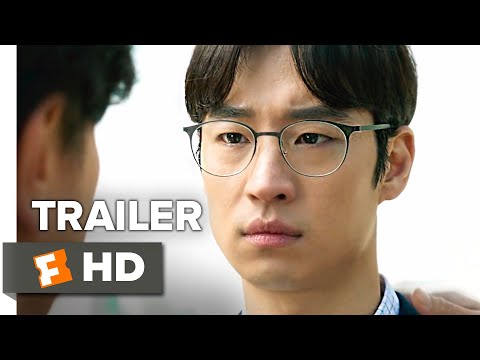 Another comedy with a strong emphasis on Korean women is I Can Speak, which uses the genre to shed light on the continuing plight of comfort women (sex slaves to the Japanese military during World War II).

Through a series of comedic happenstances, Kim ends up teaching “Goblin Granny” English. However, when he starts asking why she wants to learn English, he discovers that it’s because she needs to testify to the US Congress about her experiences as a comfort woman during World War II.

I Can Speak does a great job of de-stigmatizing, and helping viewers learn about, a highly sensitive historical topic. Even though it’s a comedy, the film treats the topic with extreme respect. In I Can Speak, humor and character drama serve as tools that help remind viewers that former comfort women are whole individuals whose complex life experiences deserve empathy and understanding. What results is a film that’s both touching and informative.

Furthermore, I Can Speak hints at the complex modern triangular relationship between South Korea, Japan, and the United States. Na Ok-bun’s desire to testify in front of the US Congress was inspired by the process behind passing House Resolution 121, a 2007 effort in which the US House of Representatives requested Japan apologize for its treatment of comfort women.

Though South Korea and Japan eventually reached an apology agreement in 2015, the fact I Can Speak came out in 2017 to strong audience reception reveals how many Koreans don’t think that agreement goes far enough.

This movie is not available for streaming anywhere yet. We’ll update this article when it is though! 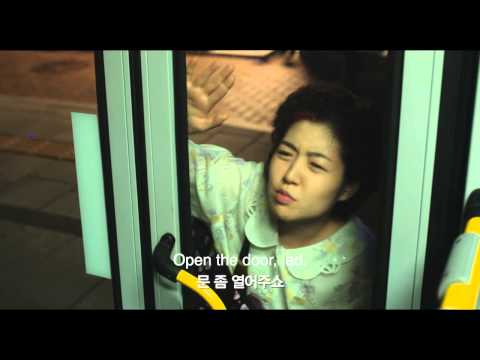 Na Moon-hee of I Can Speak and Shim Eun-kyung of Sunny unite in Miss Granny, one of South Korea’s top comedies.

Miss Granny focuses on an old woman named Oh Mal-soon (Na Moon-hee). Strong-willed but relatively lonely, Oh goes into a photo studio one day for a self-portrait. In the process, she’s magically transformed into her 20 year old self (Shim Eun-kyung). With this new lease on youth, Oh renames herself Oh Doo-ri after her childhood idol Audrey Hepburn. She then pursues her passion for music, bumping into her unaware grandson in the process.

Family friendly and uplifting, Miss Granny helps viewers appreciate the joyful parts of life. Furthermore, it highlights the importance of family and living in the moment. With amusing musical numbers and accessible humor, Miss Granny was such a crowd-pleaser that it even sparked Filipino and Indian remakes. 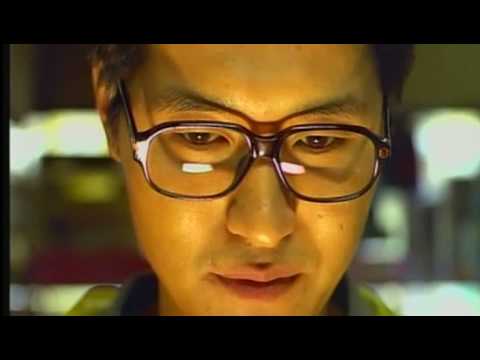 More unconventional than other titles on this list, Barking Dogs Never Bite centers around an unemployed professor (played by Lee Sung-jae) who gets annoyed at constantly yapping dogs and tries killing them in response. Meanwhile, a maintenance worker (played by Bae Doona in one of her earliest roles) catches a whiff of his actions and tries to save the dogs from slaughter.

If you’re a hardcore animal rights activist, this obviously isn’t the movie for you. However, the plot device of dog slaughter isn’t shown as brutally as you might think, and serves as a memorable metaphor for how we live in a “dog eat dog” world. Much of the film’s humor comes from depicting its characters’ struggles to achieve their dreams amidst a sometimes absurd, sometimes frustrating journey called life.

Alongside excellent cinematography, great acting, and wickedly funny jokes, this makes Barking Dogs Never Bite one of the most authentic, refreshing, and thought-provoking Korean comedy movies in existence. 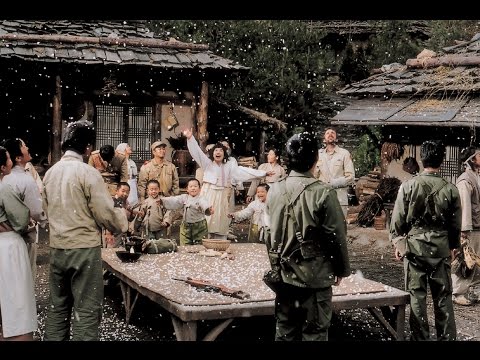 First on our list of the best Korean comedy movies is Welcome to Dongmakgol. The film combines humor and history to tell one of Korean cinema’s most meaningful and enjoyable stories.

Welcome to Dongmakgol occurs in a mythical village named Dongmakgol, amidst the Korean War. What’s special about this village is that nobody actually knows the Korean War is happening. However, that innocence becomes threatened when both North and South Korean troops, as well as a lone American pilot, become stranded there.

What ensues is a hilarious commentary about the absurdity of war and “us versus them” mentalities. The villagers find it absurd that all these outsiders want to kill each other, and poke fun at all the stranded soldiers’ aggression. Eventually, all of the film’s characters unite around a common cause—taking the story in a beautiful and uplifting direction.

Funny, soul-warming, and historically relevant, Welcome to Dongmakgol is our top choice for Korean comedies.

Like Korean movies? Learn about more in our lists of the Best Korean Romances, Best Korean Action Movies, and Best Korean Movies of 2018! 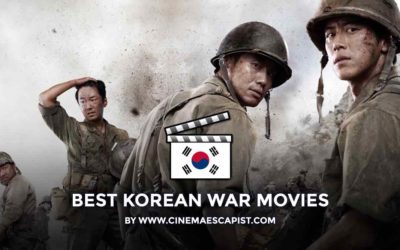 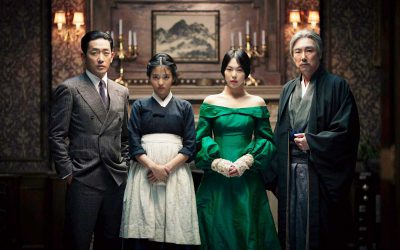 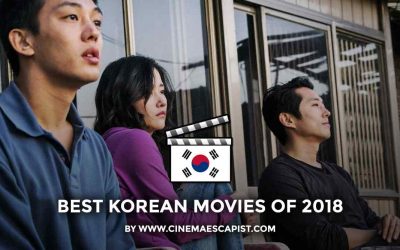 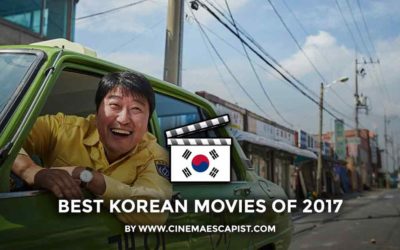 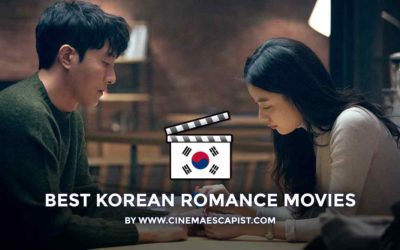 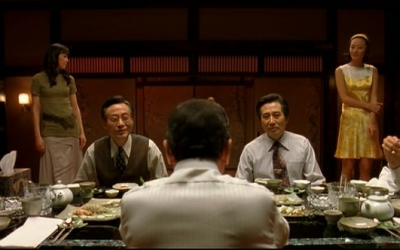 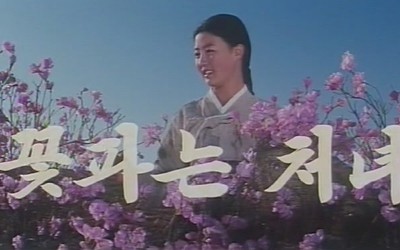