To offset stagnating US viewership, Netflix has invested heavily in international content over the past year. Taiwanese content is no exception. Netflix released the Black Mirror-esque On Children last summer, and came out with A Taiwanese Tale of Two Cities earlier this year. Enter Nowhere Man (罪梦者), Netflix’s latest Taiwanese show. Despite ambitious narrative technique and commendable production quality, this supernaturally-tinged crime thriller falls flat with bad storytelling.

Summarizing Nowhere Man’s plot is difficult because it has no discernible direction. Drawing from Netflix’s descriptions, Nowhere Man centers on a triad member named Ah Quan (Joseph Chang) who must break out of death row to save his kidnapped son. For some unexplained reason, Ah Quan might be able to see into the future, or perhaps into alternate timelines—it’s not exactly clear which. Alongside our ill-defined protagonist exists a huge cast of woefully underdeveloped supporting characters. Most—gangster bosses, other gangsters—are forgettable. Two feel slightly more important: Ah Quan’s autistic brother Fu Xing, and Ah Quan’s inexplicably loyal wife Jiang Jing-fan (Alyssa Chia).

Nowhere Man’s first two episodes jump confusingly across timeframes and subsets of characters. Some scenes occur in 2006, some in 2009, and some in “present day” 2019. None of these scenes spend enough time explaining any of the characters’ motivations nor defining characteristics.

Ah Quan, for instance, remains nothing more than a brooding gangster who doesn’t seem to care that much about his wife, his child, or really anything at all. This exacerbates the confusion of each time jump. It’s hard to tell whether one scene contains a “past,” “present,” or “future” version of a character like Ah Quan if those versions have no apparent difference in mindset or values. The show’s creators signal lofty ambitions by using a nonlinear narrative. Usually, such non-linear narratives inspire viewers to ask “wow, how did this character change so much?” In Nowhere Man though, the technique only makes viewers wonder “what the hell is going on?”

Even with its multitude of time jumps, Nowhere Man somehow manages a glacial pace. Netflix’s upfront show description mentions Ah Quan will attempt a prison break. Presumably, that’s the show’s biggest source of narrative momentum, and not a spoiler. However, the idea of a prison break doesn’t even come up until the end of episode two—and the show only has eight episodes. By that point, Nowhere Man has wasted 25% of its running time, and its characters have made absolutely no progress on what Netflix teases as the show’s juiciest plotline.

Too Much About Triads

Nowhere Man’s handheld camerawork and brooding color grading help the show stand above past Taiwanese dramas in production quality. Despite that, its premise feels outdated—as if the writers also did a time jump back to 2009.

Angsty young triad members have been quite common throughout Taiwanese media, with popular instances like 2004’s The Outsiders and 2010’s Monga. Perhaps Netflix thought following this established paradigm would easily please Asian audiences. However, when other recent, internationally-minded Taiwanese shows like On Children and The World Between Us captivate viewers by pushing boundaries and exploring socially relevant issues like child-rearing and media sensationalism, yet another triad-centered show feels like a missed opportunity.

In 2009, Asian audiences might’ve wanted a standard triad show. We’re in 2019 though, and tastes have changed—even mainland Chinese audiences hunger for socially conscious entertainment. With its pluralistic society and democratic norms, Taiwan is the perfect place to make this kind of societally-minded content. For all its data-driven prowess, Netflix didn’t seem to realize this while making Nowhere Man. This might be because Taiwan’s government-funded Public Television Service, which co-produced On Children and The World Between Us with an eye towards boosting Taiwanese soft power, had no involvement with Nowhere Man.

An Exception, Or A Worrying New Trend?

Over the past two years, Taiwanese shows produced with involvement from international media companies like Netflix and HBO have enjoyed praise from both critics and casual viewers. Series like On Children, The Teenage Psychic, and The World Between Us have received high ratings and viewership figures both inside and outside Taiwan, because they tell socially relevant stories with good screenwriting and high production quality.

Nowhere Man bucks this trend. It has a tired triad premise without societal significance, and ruins decent production quality with haphazard storytelling. Hopefully, Netflix doesn’t repeat this mistake. Audiences may have to temper expectations though—Netflix’s next Taiwanese production is a drama called Triad Princess. 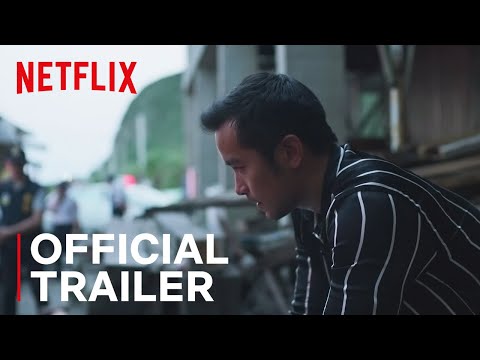