Belgian-Ghanaian director Ben Asamoah’s documentary Sakawa is an odd beast. On one hand, the film matter-of-factly documents young Ghanians who sexually extort Western men over the internet. On the other, it feels like a slice-of-life drama in the vein of British filmmaker Mike Leigh. It is a rather jarring vision, but also a unique depiction of African life, both in style and content.

Nothing particularly extraordinary happens in Sakawa—it is a voyeuristic experience which provides no context beyond the pitch that we are viewing young Ghanaians forging fake relationships with gullible men halfway across the world and luring them into sexual satisfaction online in exchange for money. Audiences feel awkward as they bear witness to the lives of these people. You never really get to know the subjects of the documentary, as we flit between them at a fair pace. There’s only a fleeting snapshot of both this way of life and the characters who live it.

Africa in the Digital Age

Sakawa is one of the few films that seems bothered to present Africa to audiences as it is—a continent in the throes of the digital revolution. It is an Africa that the rest of the world overlooks for the most part, and the film shows economic deprivation without resorting to lazy stereotypes of starving villagers in remote arid areas. Instead of relying on the persistent and stale leftover images from the colonial era, it shows us rooms full of men and women discussing who managed to extort the most money, the most ridiculous fetishes that they indulged over Skype and instant messenger services, and which country has the richest victims.

More films like Sakawa would be welcome, if only to present a very different view of Africa than what most audiences are used to. But whilst it is fascinating to have a director cast a neutral eye over this side of Africa, the audience feels detached from it all. Sakawa lacks any kind of insight or analysis in Ghana’s economy, the impact of technology in Sub-Saharan Africa (the fastest-growing mobile phone market), or the challenges that face Africa’s young adults seeking opportunities. Asamoah doesn’t want to hold the viewer’s hand, guiding them through the world he’s chosen to show us—but it would have enriched what he has captured on camera.

The main question that Sakawa asks is “who is really being exploited?” It seems as though nobody has the upper hand. The mostly unseen Westerners who fall for these Ghanian “catfish” are desperately lonely, whilst those who cheat them of their money are no better off in material wealth, or personal satisfaction. Whenever we see someone celebrating a huge success, conning a man from Texas or London out of thousands of dollars, little is made of it. Asamoah portrays these events as relatively minor in the grand scheme of things, just an anomaly in a mundane way of life that thousands of other Ghanaians experience because there is no better way to make a living.

If the young Ghanaians enjoyed their scams, it would clearly shine through. Instead, they seem like a group of people enduring the 9-to-5 grind. Besides the setting, Sakawa feels no different than the BBC documentaries of the late 90’s and early 00’s that inspired British comedians Ricky Gervais and Stephen Merchant to create The Office. It doesn’t seem out of the realm of possibility that, one day soon, there will be dozens of African documentaries copying the style and subject matter of Sakawa. Whether they will show us an altogether different depiction of this type of scamming work is an entirely different matter.

Laughing to Stop From Crying

Sakawa’s languid pacing allows viewers to settle in and enjoy snapshots of various characters in their everyday lives. There is no antagonist and the stakes remain small, all essentially boiling down to “this is what I need to do to survive.” One of the most interesting characters we spend time with is a woman being coached by a male friend in how best to exploit Western men, not being able to match his seductive charms. It is an amusing role reversal, and one that feels surprisingly scripted.

The comical scenes of a bored Ghanaian man pretending to be a woman, as he acts out phone sex with a gullible American on the other line, are tinged with sadness. It is not tragic in a patronising way, as this is a scam carried out in both the developed and developing world, but rather because it shows wasted potential. There is no real satisfaction for those that take money from people who might be able to afford it, no karmic retribution for Africans who have been subject to centuries of exploitation. Nobody really wins, and determining who loses is a matter of opinion.

The First of Many

Sakawa does feel like something new in the world of African documentary filmmaking, lacking the urgency or hyperbole that seems to have taken over the slew of non-fiction that dominates streaming services in Europe and North America. The fact it seems unremarkable is, in itself, a remarkable feat. No one thought to cover this side of Ghana before Asamoah, and it will be interesting to see what part of Africa he might want to show audiences next.

It’s easy to imagine what the American version of this documentary would have been like, and there is a cut of this documentary that one could imagine would be focused on the victims at the other end of the video call. We should be grateful that version never made it to screen. We need more films like Sakawa, but it would be beneficial to have a more structured type of documentary to balance out Asamoah’s cinema verite style. 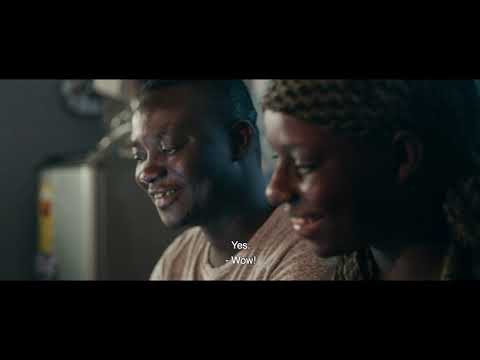