Mixing the charming mundanity of Terrace House and the hidden-identity spectacle of King of Masked Singer, Netflix’s 2018 reality show Rea(L)ove is a tabloid-like look into the gendered anxieties in Japanese dating. Rea(L)ove takes eighteen chronic singles (ten men and eight women) and sets them up on dates at a picturesque Okinawa beach resort. The catch? Each single hides a scandalous “dark secret,” and the show’s hosts force these secrets out of them during their romantic getaway.

The Evolution of Hegemonic Gender in Japan

To understand Rea(L)ove’s central anxieties, we first need to look at the evolution of gender roles in Japan. Much of what outsiders might think of as Japan’s “traditional gender roles” originates in the country’s post-WWII gender dynamic.

Around the 1950s and 60s, Japanese definitions of masculinity and femininity shifted to fit a booming postwar economy. The so-called “salaryman masculinity” became the dominant ideal of what it meant to be an adult man. An idealized salaryman in 1960’s Japan was the daikokubashira, or central pillar of the family unit. A daikokubashira was an economic provider and patriarch for the family. In other words, hegemonic masculinity meant a paycheck.

Consequently, coming of age into adulthood meant embracing hegemonic masculinity and becoming a socially-recognized adult, or shakaijin, involved having a job and getting married. The shakaijin “[had] to be both productive in the workplace and reproductive at home,”

In the domestic sphere, maintenance of the home defined the ideal of Japanese femininity. Japanese women were expected to be homemakers and consumers; their status as full-time housewives affirmed men’s economic power. However, economic pressures made this ideal unrealistic. Many women, particularly those not from upper class families, still had to support their families by working. In addition, a new wave of Japanese women’s rights in the 1980s pushed back on the idea of a docile housewife, and advocated for women’s rights in the workplace.

In the 1990s, a devastating economic recession and mass layoffs further destabilized these hegemonic gendered ideas by throwing into question the possibility of a daikokubashira salaryman at all. Losing a job meant more than just losing income, it was also a threat to many men’s conception of their masculinity and adulthood. Without being able to provide for a family, young Japanese men who expected the economic and social security of marriage became lost. For many, what was once a clear path to becoming a shakaijin became an unreachable ideal.

Despite becoming increasingly outdated, the expectations of becoming a hegemonic, heteronormative shakaijin did not go away—even with efforts to increase women’s participation in the workforce and evolving attitudes on gender roles. While it is more common today for Japanese to reject these expectations (with an increase in cohabitation, postponing marriage, and alternative courtship), the underlying gendered ideals of the salaryman and full-time housewife remain salient. Even Japanese singles who don’t subscribe to these hegemonic gender roles may still feel pressure to live up to old expectations.

Like with restrictive gender roles around the world, cultural expectations live on even when they’re unattainable. The mismatch between gender role expectations and reality in the Japanese dating scene is a source of anxiety for singles who either fail to meet these expectations themselves, or seek a partner who does.

Rea(L)ove draws attention to this mismatch in the familiar format of a reality dating show. For example, one single, Yosuke Inaba, reveals that he has 2.5 million yen in debt. “I feel worthless,” he tells the other singles, “No matter what I achieve, everything gets destroyed because of that painful secret.” For Inaba, this debt represents economic irresponsibility—making him an immature and unsuitable partner.

Interestingly, several of Inaba’s prospective dates see his debt as a manageable burden, or don’t expect him to be the family breadwinner at all. One even claims she could pay off that debt in a matter of three months. However, Inaba’s need to fulfill a breadwinner role still causes him severe anxiety—even when his dates don’t think it’s a big deal.

Another single, Masaru Yamada, reveals that he cross-dresses on the internet for fun. In response, the other men on Rea(L)ove make him a laughingstock. Even though most of the show’s women don’t see cross-dressing as a serious problem, the show’s hosts and male singles find Yamada’s gender nonconformity as inherently funny and embarrassing. While his secret doesn’t appear to be a deal-breaker for his dates, Japanese society’s expectations of being a proper, “respectable” man still frame the conversation.

Yamada gets off lightly compared with the show’s female contestants. For instance, a woman named Ai Nagano reveals she has had ten sexual partners. Her date bluntly rejects her, and the hosts refer to Nagano as “the athlete-eating slut” for the rest of the show. One potential date, a man who had earlier revealed himself to be a sex addict with over 150 sexual partners, criticizes her promiscuity as a deal-breaker. Nagano’s dark secret is a failure to live up to a cultural ideal of femininity that prizes being docile and sexually inexperienced. Because of this perceived failure, she ultimately leaves the show feeling isolated and misunderstood.

At its core, Rea(L)ove is about gendered and sexual anxieties in Japan—of being undesirable within a heteronormative framework, of failing to live up to gendered expectations, and of lacking the economic power to be a good partner. It is salacious, and often bluntly mean-spirited. However, it offers a window into the conflict between gendered expectations and contemporary reality in Japan. Similar to hegemonic gender roles around the world, the gendered anxieties of the Japanese dating scene stem from cultural history and persist even in the voyeuristic drama of reality television. 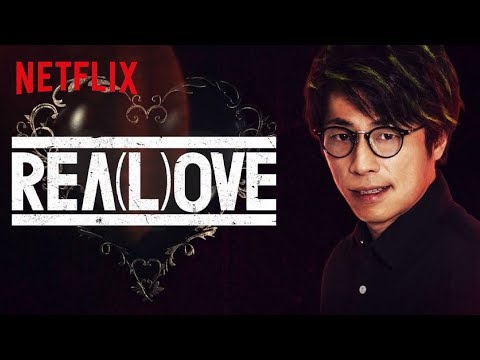 Rea(L)ove is available to stream on Netflix worldwide.