Nothing seems to go Eun-hee’s (Park Ji-hoo) way. She has an unhappy home life, with an absent mother, angry father, abusive brother, and delinquent sister. Her friends betray her, and her relationships fail. Near her jaw, a tumor grows. All the while, Seoul rises and crumbles.

There is no larger overarching plot in House of Hummingbird, which depicts Eun-hee’s life episodically, contrasting the events of her life with the events of Seoul in 1994. It is an ambitious film, with a stunning lead performance and a fatalistic depiction of an uncaring Seoul, but is hampered by weak characterization of the supporting cast.

Park Ji-hoo stands out as Eun-hee, delivering a measured and mature performance. In an interview, director Kim Bora comments on how the search for Eun-hee’s actress took three years. In a slice-of-life film like this one, casting Park Ji-hoo paid dividends, as Eun-hee—a young girl in the process of finding herself—feels rather mutable. As House of Hummingbird’s episodes unfold, we see Eun-hee withdrawn in class, awkwardly flirtatious with her crush, foul-mouthed with her friend, confident in the club, and vulnerable with her Chinese teacher. In order for Eun-hee to remain a coherent character, Park Ji-hoo must walk a delicate line across these subplots. For most part, she succeeds, with only a few missteps—the cocky Eun-hee at the club never appears again, making that version of her an odd deviation.

In interviews, Kim Bora mentions how Taiwanese director Edward Yang’s Yi Yi was a powerful influence, noting how she wanted to achieve a story that not only portrays “one particular family at a microcosmic angle,” but also captures “Korean society, now and past.” While the film depicts various events of 1994—Eun-hee walks by signs protesting the demolition of homes, and the Seongsu Bridge Collapse looms large–we only see Eun-hee’s perspective on the situation. With its focus on Eun-hee, the movie prevents other family members from developing beyond archetypes—the domineering father, the absent mother, the abusive brother, the delinquent sister.

This solipsistic focus is not necessarily bad. However, House of Hummingbird does not know whether it wants to commit to Eun-hee’s perspective. The members of her family have glimpses of deeper characterization, but the additional shading is too little and too late. One example is Eun-hee’s brother, Dae-hoon (Son Sang-yeon), who spends most of the film as a monstrous figure—the viewer sees him beat and insult Eun-hee throughout without remorse or introspection. Near the finale, he cries. Without leadup, it feels like a last-ditch effort to give this one-dimensional figure a measure of sympathy. Perhaps the thin characterization of Eun-hee’s family is intentional to reflect her selfishness—in one scene, Eun-hee’s friend berates her for only thinking of herself. However, so many unfortunate events happen in Eun-hee’s life that the friend’s words come across as cruel rather than as a jolt out of Eun-hee’s subjectivity. Still, with Eun-hee’s family robbed of deeper characterization, the viewer is left without the wide variety of perspectives that Yi Yi had for its setting.

Seoul in the early 1990s was undergoing rapid economic development, with South Korea eager to present itself as a modernized nation ready to showcase the fruits of the Miracle on the Han River. Director Kim Bora, however, has a bitter take on the time: “We have worked so hard and made great achievements, but many people have been left in suffering and pain.” House of Hummingbird pulls no punches in depicting the cost such rapid development enacts on the individual and family level.

Early on, House of Hummingbird shows a teacher leading a class of teenagers to chant “I want to get into Seoul National University!” However, the students are listless, their chants quiet— adults drive academic super-competitiveness, not children. The students themselves show no drive to achieve or curiosity about the future. At home and at school, their expressions are dull. House of Hummingbird depicts children as enervated from high expectations that aren’t their own. In the 90s, the dominant view was that a good education paved the way for a better future. However, in recent times, such optimism has faded. South Korean films criticizing economic inequality have mushroomed, with Parasite, Burning, and many others besides House of Hummingbird tackling the gap in different ways.

House of Hummingbird takes a micro view, focusing on the effect that striving amidst economic inequality has on human relationships. At home, Eun-hee’s mother is continually exhausted, her father continuously angry. Neither make an effort to understand their children outside of questioning why they aren’t doing better at school. Eun-hee’s peers aren’t better off—beatings and divorces run rampant. The rift between parents and children is wide, and the relationships the children have with each other are weak. Eun-hee’s friends, frightened of parental reprisal, sell her out when they get caught shoplifting, and Eun-hee’s boyfriend leaves her after his mother berates him for dating a mere “food stand girl.” As reflected through Eun-hee and her wayward friends, every family unit is dysfunctional, which ripples into how the children treat each other.

The lone light in the film is Eun-hee’s Chinese teacher, Young-ji (Kim Sae-Byuk). She and Eun-hee share a connection of kindred spirits, and the movie emphasizes how they parallel each other in their interests and demeanor. While the two have a deep relationship, neither of them have much in the way of direction, nor do they have much hope for the future. The peak of happiness in the film is when Eun-hee and Young-ji drink tea together in silence. In a Seoul that disregards human connection for economic development, mutual understanding is the best one can hope for.

House of Hummingbird succeeds on the weight of Park Ji-hoo’s exceptional acting as Eun-hee, as well as her chemistry with Kim Sae-byuk’s Young-ji. The rest of the characters suffer in comparison, especially Eun-hee’s family, who inhabit well-worn archetypes. The film draws parallels between her family and Seoul, but without shading the family in depth, it doesn’t reach the heights of other coming-of-age films. Still, its pitiless Seoul is well-executed—Daechi-dong is depicted as a desolate place despite its actual wealth, and its characters are stuck in somnolent resignation. As Eun-hee and her peers come into age, House of Hummingbird quietly suggests that there is no real future for them to come into. 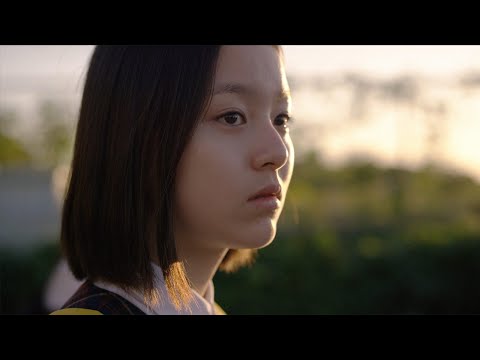 House of Hummingbird will have a virtual US theatrical release via Kino Marquee starting June 26, 2020. Click here for more information.