However, despite the drama’s name and the promises its synopsis makes, Start-Up doesn’t stray too far from stereotypical Korean drama tropes. Yet, it lends prominence to a growing part of South Korea’s economy, and a world that offers South Korea’s youth better opportunities than a traditional chaebol career may afford. So what exactly does this series look like from a tech insider’s perspective?

What’s an accelerator? Is it the pedal that makes your car go faster?

Let’s start with what Start-Up gets right. At least at a high level, the series correctly portrays basic facts about how startups work, and accurately uses technical terms to portray software development.

Samsan Tech’s shabby headquarters also capture the essence of many startups’ first offices. Nam Do-san and his two co-founders work out of a cramped room with spare furnishings and poor lighting, not unlike the mythical “garages” that many Silicon Valley startups spawn from.

At least in its first four episodes, Start-Up makes a good effort to introduce audiences to various tech industry concepts. Beyond the realistic portrayal of Samsan Tech’s circumstances, the drama also explains how accelerators work, through the fictional “Sandbox.” Audiences also see Dal-mi’s father pitching his idea (essentially, UberEats) to investors, while Dal-mi herself pitches a concept not too different from cloud kitchens to her grandmother. Viewers who actually work in the tech industry will find these references mildly amusing, while viewers from outside the industry will appreciate recurring text overlays that explain concepts like “angel investor.”

However, the drama still chooses artistic license over accuracy in many cases. Some characters incorrectly refer to Amazon as a venture capital firm, and the series considerably simplifies the process of applying to enter an accelerator. While these inaccuracies will make Silicon Valley insiders cringe, at least Start-Up generally gets the spirit of tech entrepreneurship right.

Despite all this, Start-Up struggles to distance itself from the typical tropes that plague Korean dramas. While this will please stalwart K-drama fans, it limits the show’s ability to attract more diverse audiences.

Without revealing too much, the drama’s first four episodes already build the foundations of love triangle centered around Dal-mi. Nam Do-san and Won In-jae also both have disapproving parents to prove wrong, while Han Ji-pyeong stumbles upon childhood linkages with the other characters. While startup cofounders sometimes date each other in real life (nor is it uncommon for investors to romantically pursue female founders), Start-Up seems to center around these romantic relationships rather than the startups themselves. Amidst the #MeToo movement and numerous sexual harassment scandals in Silicon Valley, Western viewers may find this conflation of romance and entrepreneurship more disturbing than touching.

That said, Start-Up is not unlike how previous Korean dramas like Hotelier or Midas employed similar tropes to great effect. In Hotelier, Bae Yong-joon plays a private equity shark seeking to buy a failing hotel; he gets into a love triangle with the hotel’s general manager (Kim Seung-woo) over a hotel worker (Song Yoon-ah). In Midas, Jang Hyuk plays a rockstar lawyer who climbs his way up the ladder in the world of M&A, with a corresponding love triangle to boot. Both series were produced in an era where finance and professional services were the dominant paths for talented young people to work their way up in the world.

Therefore, it’s actually quite notable that Start-Up occurs in the world of tech companies, rather than in high finance. That the series highlights the startup scene is emblematic of a modern South Korea aspiring to become a world-class home for innovation. Indeed, contemporary South Korea has a number of successful tech startups, and the nation’s flagship internet company Naver operates the preferred chat app in Japan, Indonesia, Taiwan, and Thailand. Alongside Search: WWW, Start-Up shows young South Koreans that the tech industry is a path towards upward mobility in their lives.

When I first heard about the series, I had hoped Start-Up would be South Korea’s answer to HBO’s Silicon Valley. While I was disappointed by the series’ initial direction and over-reliance on typical K-drama tropes, I’m hopeful that the drama will actually expose young people in South Korea (and beyond) to the possibilities that tech startups afford. K-drama tropes aside, Start-Up manages to ground itself in an approachable and spiritually authentic portrayal of the tech world. 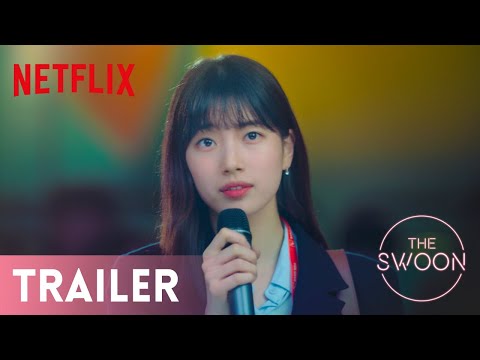 We reviewed Start-Up based on the first four episodes available on Netflix. New episodes of Start-Up start streaming every Saturday and Sunday on Netflix worldwide.