Thanks to its confluence of top talent,  A Leg was one of 2020’s most anticipated Taiwanese movies. The film stars renowned actress Gwei Lun-mei (Black Coal, Thin Ice, The Wild Goose Lake), and is the directorial debut of Chang Yao-sheng—screenwriter for 2019’s Golden Horse (Taiwan’s Oscars) Best Feature Award winner A Sun. Furthermore, noted Taiwanese filmmaker Chung Mong-hong serves as the film’s producer and cinematographer.

With that in mind, A Leg mostly lives up to expectations. Building off a strong performance from Gwei as a woman trying to find her recently deceased husband’s amputated leg, the film offers a layered exploration of an imperfect marriage. Amusing dark humor and elegant visuals further strengthen the film’s appeal.

[Read: “A Sun” Is A Meticulous Family Drama Worthy of Its Golden Horse Awards]

‘Til Death Do Us (Body) Part

During A Leg’s first few minutes, we observe the lives of husband and wife duo Zheng Zi-han (Yang You-ning) and Qian Yu-ying (Gwei Lun-mei) quickly fall apart in a hospital. First, a deadpan doctor informs Qian that Zheng must have his leg amputated due to a blood infection; Zheng undergoes the amputation, only to unexpectedly slip into a coma and die shortly afterwards.

While riding in an ambulance transporting Zheng’s corpse to the morgue, Qian has a sudden realization: she must reunite Zheng’s amputated leg back with the rest of his body. Qian forces the ambulance to turn around, and begins badgering hospital staff to return Zheng’s leg. Unfortunately for Qian, bureaucracy and incompetence frustrate her efforts—leading her on a wild goose chase across biohazard bags, woodcarving workshops, and more.

As Qian searches for Zheng’s leg, A Leg weaves into flashbacks. Told from Zheng’s perspective, the flashbacks reveal how the couple first fell in idealistic love as competitive dancers, and how the state of Zheng’s leg becomes a metaphor for the deterioration of their marriage. The film unwinds in a captivating manner, as if slowly peeling a tasty onion filled with tear-inducing traces of sulfur.

Let Me Speak to Your (Hospital) Manager

While Yang You-ning provides a solid depiction of a flawed Zheng Zi-han, Gwei Lun-mei’s performance as Qian Yu-ying deserves dedicated praise. As Qian pesters everyone from the hospital’s janitor to its president, she starts seeming a bit like a Taiwanese rendition of the American “Karen” meme of women demanding to “speak to your manager.” Yet, while selective pompous outbursts give Qian Yu-ying the “Karen” meme’s humorous qualities, Gwei adds dashes of soulfulness and craftiness to balance out the rough edges.

Even if Qian is demanding, she’s never shrill nor violent. Instead, she emanates an amusingly coy vibe, for example accompanying a doctor to lunch to ensure he doesn’t ignore her request for help. There’s even a moment later in the film where another character makes a meta-joke about how Qian looks a lot like Gwei Lun-mei, to which she gives a silent but knowing smile. The fact that Qian is making all this fuss to find an amputated leg also injects every scene with a healthy degree of black comedy.

Gwei’s performance becomes even more noteworthy as the film’s flashback scenes slowly uncover many challenges—gambling, infidelity, and beyond—that Qian suffered through during her marriage to Zheng. The darkly comedic Qian of the present and the increasingly heartbroken Qian of the past complement each other, and highlight Gwei’s range as an actress.

A Leg’s visuals accentuate this balance of comedy and tragedy. Bright, antiseptic hospital corridors of the present give way to sumptuously colored vignettes from the past. We see Qian and Zheng’s ardorous love take flight whilst bathed in the aching neon lights of a ballroom dance hall; as their relationship deteriorates, color and motion leak away from the film as well. Those familiar with other works from Chung Mong-hong (ex. 2008’s Parking, which also stars Gwei Lun-mei) will find A Leg tonally similar, and just as satisfying.

A Leg Up for Awards Season?

With A Leg, what could’ve been the tale of an annoying “Karen” instead becomes an elegant and nuanced exploration of how marriage—like a diseased leg—can slowly rot away due to selfishness and lack of care. Strong acting, evocative visuals, and droll jokes aptly weaved into a captivating narrative help the film fare much better than Zheng Zi-han’s leg. While A Leg doesn’t define new filmmaking paradigms, it’s a solid piece of Taiwanese cinema that we hope will gain further recognition at Taiwan’s Golden Horse Awards later this month. 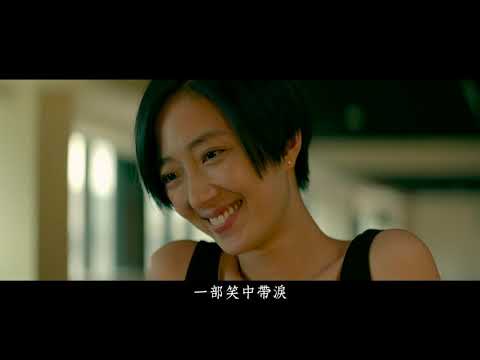 A Leg is part of Cinema Escapist’s coverage of the 2020 Tokyo International Film Festival.