Through the lens of its intersex protagonist, “Born to Be Human” explores the harmful impacts of coerced surgeries and transition for intersex people.

Building off of Taiwan’s complex relationship with intersex issues stemming from the 1950s, 2021’s Born to Be Human brings light to contemporary misunderstandings of intersex people and the continued medical violence they face. The film proves an emotionally harrowing look at the medicalization of the gender binary through the lens of intersex rights.

Born to Be Human follows a young schoolboy by the name of Shi-nan. Shi-nan begins to experience abdominal pain and what appears to be bloody urine. A urologist informs Shi-nan’s parents that their child is intersex and is experiencing a monthly period. The doctor orders a chromosome test and advises the parents to approve sex reassignment surgery to match the chromosomal result.

In a mixture of fear for Shi-nan’s reaction and anxieties over his ability to conform to gendered norms (such as getting married and having children), the parents elect not to tell Shi-nan about his condition. What results is an invasive and coerced medical procedure to transition Shi-nan into a young girl, in order to align his gender with his XX chromosomes. But this unwanted procedure leads to a new kind of physical and mental dysphoria that sends Shi-nan spiraling.

The term “intersex” is a broad category that refers to people with hormonal, chromosomal, and/or genital variations that do not conform to societal expectations. Contemporary biological sciences conceptualize sex not as a strict binary but more of a multi-layered bimodal gradient–a highly variable range of qualities. But while colloquial understandings of sex have not yet caught up with the science, these definitions are not new. Some attribute more critical interrogations of a sex binary as early as the 1950s.

Because the term “intersex” encompasses such wide ranges of biological variation—from those with atypical but harmless chromosomal patterns to babies who undergo genital reassignment surgery—there is an equally wide range of intersex experiences. While some people are identified as intersex at birth, others do not discover they are intersex until puberty or later, if at all.

South African Olympic athlete Caster Semenya, for instance, found herself in the center of an international athletic conversation about sex when she was required to take a sex verification test to determine if she ought to be eligible to compete in women’s sports. Though Semenya is a cisgender woman, the test found she had XY chromosomes. This caused a flurry of discussion over what determined “sex”, and what degree of invasive medical concessions would be required to hold these definitions firm.

This medicalization of intersex bodies is, unfortunately, common. For visibly intersex infants, doctors and parents often opt for sex reassignment surgery to align the child’s genitals to a more normative appearance. This can lead to long-lasting trauma, especially for intersex adults who experience dysphoria around their gender assigned at birth.

Though Born to Be Human is about the particular struggles that intersex people face, one issue it runs into is the need to define what it means to be intersex for a general audience that might not be familiar with the term. The film is keenly aware that viewers more familiar with trans stories may misinterpret its interrogation of intersex experiences. As a result, characters both sympathetic and unsympathetic affirm that Shi-nan is not trans but intersex. While this is, at times, clumsily explicit, these disclaimers are potentially necessary for a general audience that might not yet understand the differences between trans and intersex communities.

In Taiwan, intersex issues first came to the forefront in the 1950s, when a solider named Xie Jianshun was thrust into the national spotlight for having a working female reproductive system in addition to male and female genitalia. While he was explicit that he wanted to remain a man, medical consultants advised him to transition into a woman. This coerced transition, and the narratives of Xie’s successful reintegration into society as a woman, reframed Xie’s identity from a cisgender intersex man to a transgender woman. In many ways, Shi-nan’s story mirrors this 20th-century Taiwanese spectacle and highlights the continuing confusion over intersex rights.

Like Xie, Shi-nan struggles not only with understanding what being intersex means to him, but also with being forced into a new life as a girl. This causes him extreme distress and alienates him from his parents. When he finally begins to make friends at a new school under a new gender and name, Shi-nan still cries at the sight of pre-surgery photos and conceptualizes his past life as akin to a little brother who died but will always still be with him. This sense of loss of bodily autonomy, and medical coercion, stems from the conflation of intersex and transgender experience—and Born to Be Human seems concerned about minimizing any confusion about its message.

For example, what would be a progressive message for a film on Shi-nan as an intersex protagonist might very well be harmful if Shi-nan’s surgery is read as a metaphor for binary trans gender dysphoria. Shi-nan’s assertion that taking estrogen pills is dangerous is correct; hormone therapy is unnecessary since Shi-nan does not want to transition into a woman. However, viewing the film through the lens of a trans metaphor turns that assertion of bodily autonomy into criticism of medical transitioning that is affirming for others. It is unfortunate that societal ignorance about intersex issues mandates extra explanation that occasionally stutters the pace of Born to Be Human’s dialogue, but the film walks that tightrope as well as it can.

Born to Be Human is a haunting film that combines some of the aesthetics of body horror movies with an explicit social critique of anti-intersex and anti-queer discrimination in medicine. With its sickly green color grading and ominous soundtrack, the film highlights the queer unease surrounding institutions that are supposedly meant to help and heal, and it does so in ways that reveal underlying histories and ongoing medical violence against intersex people. When Shi-nan’s parents initially lie that the procedure is merely about removing a bodily infection, the film asks its audience to consider what happens when one’s very existence is deemed disordered.

While contemporary discourse on intersex rights in Taiwan is scarce compared to other LGBTQI+ movements and milestones, Taiwan boasts notable intersex activism. For instance, Taiwanese intersex activist Hiker Chiu founded the intersex advocacy group Oii-Chinese in 2008 and co-founded the pan-Asian Intersex Asia in 2018. Chiu works to destigmatize being intersex, advance anti-discrimination and hate crime policies, and advocate against irreversible surgical procedures until an intersex person is old enough to give informed consent. Growing intersex activism is pushing back on the harmful medicalization of “normalcy” in pursuit of dignity and bodily autonomy for all. In light of this Taiwanese activism, Born to Be Human deftly contributes to an increasingly visible conversation on bodily autonomy and the medicalization of LGBTQI+ people. 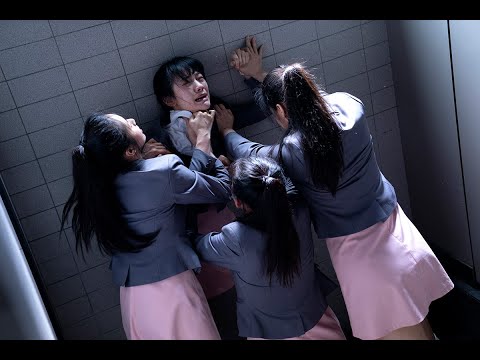