While director Ryusuke Hamaguchi is most known for his breakout film Happy Hour, a five hour feature following the everyday life of a group of women, he remarks in interviews that he also values shorts as a form of film-making. Wheel of Fortune and Fantasy began with a conversation with renowned French director Eric Rohmer’s editor, with whom Hamaguchi discussed Rohmer’s Rendezvous in Paris. Taking a page from Rendezvous’ triptych structure, Hamaguchi also decided to bundle three short films that follow an overlying theme. After all, said Hamaguchi, “it’s not very possible to put a short film alone in exhibition, right?”

Love and its vicissitudes are the subject of Wheel’s stories, with desire propelling the characters in different ways. The opening story, “Magic (Or Something Less Assuring)” features Kotone Furukawa as Meiko, whose best friend Tsugumi (Hyunri) has a dreamlike first date with a dashing investor named Kazuaki (Ayumu Nakajima) who, unbeknownst to Tsugumi, is Meiko’s ex. The second, “Door Wide Open,” stars Kiyohiko Shibukawa as Professor Segawa—whose former student plans to take revenge by sending his friends-with-benefits Nao (Mori Katsuki) to honeytrap the professor. The final tale, “Once Again,” has Fusako Urabe as Natsuko, who goes to a high school reunion and runs into a woman (Aoba Kawai) she believes to be her classmate… though not all is as it seems.

Hamaguchi has an ear for dialogue. In each story there is a confrontation where the characters delve into an emotionally fraught conversation. The viewer watches as the ebb and flow of argument, reconciliation, seduction, and understanding plays out in one room in real time. The camera rarely moves during these segments, and at each conversation’s climax it switches to point of view shots that fixate on the speaker’s direct stare. The effect is startling, lending an immediate effect of intimacy that emphasizes the private world that the characters exist in.

Given Wheel of Fortune and Fantasy’s focus on dialogue and short story structure, the cast need to make the most out of their limited time to bring their respective characters to life. In his interview with Tune Glue, Hamaguchi illuminated the film’s rehearsal process, where the actors and actresses “read the script over and over to the dot…[with] fidelity in…timing and cadence and breath.” After many repetitions, they went on set, where Hamaguchi allowed the actors and actresses to perform with the emotions they felt were most appropriate.

The performances he extracts are impressive, and essential for delivering the full emotional weight of the stories. In particular, Shibukawa plays the stoic Professor Segawa in such a way that he appears almost as an innocent, attempting to avoid the cruelty of the world with a staunch open door policy. Urabe and Kawai’s interaction plays off with wit and sparkle, and Furukawa stands out as the theatrical yet ambivalent Meiko.

The stories of Wheel of Fortune and Fantasy can be described as charting women across decades, with “Magic”’s lead being in her 20’s, “Door Wide Open” depicting a student in her 30’s, and “Once Again” featuring a woman in her 40’s. For each story, there’s a point where the characters become caught between their desires and society’s expectations. This occurs at the climactic point of view shot where the characters are at their most vulnerable. However, a third party from out of frame always interrupts these moments, shattering both audiences and the characters back into the real world.

In his interview with Hollywood Reporter, Hamaguchi discussed how each of the women in his stories are “searching for…something that you cannot easily describe in words”. The wayward exes Kazuaki and Meiko, the inexplicable connection between Segawa and Nao, and the chance meeting of Natsuko and her high school classmate: each pair finds in the other person someone with a similar gap in their lives. However, there’s a counterbalance in the form of existing familial connections, or more stable relationships. Each story echoes the central question of Hamaguchi’s earlier film Asako I&II, where someone is caught between their desire for stability and their desire for freedom.

By utilizing a chronological format, Hamaguchi suggests the long-term consequences of thwarted desire. Natsuki’s high school classmate did everything right, yet ended up in a life where she is, while not unhappy, not particularly happy either. One gets the sense that she spends her day in a haze of routine, her fate echoing what “Door Wide Open”’s Nao wanted so badly to avoid. Nao, too, invokes an older version of Meiko from the first story, “Magic”, who describes herself as honest but unstable. The characters war with their desires and the tracks laid down by society, but society, represented by the interlopers who break the characters out of their private worlds, is never far behind.

With its fleshed-out characters, lively acting, and flowing dialogue, Wheel of Fortune and Fantasy is entertaining and thought-provoking. Hamaguchi proves himself adept in the art of writing conversations that come across as sincere and realistic. On the whole, Wheel of Fortune and Fantasy is sweet, sensitive, and humorous in its gentle depictions of love and desire. While the characters don’t always end up getting exactly what they want, the film asserts that moments of true human connection are rare, precious, and all too fragile. 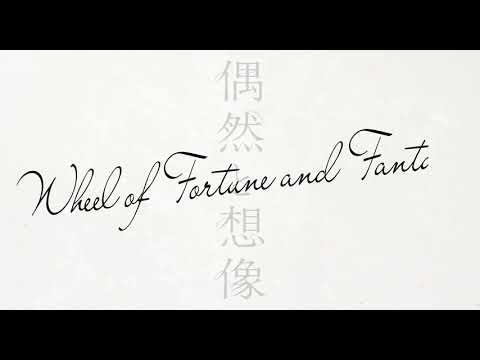 This article is part of Cinema Escapist‘s coverage of the 2021 Berlin International Film Festival.