Review: “The Woman Who Ran” Is a Relaxed Triptych That Examines Women And Life

In “The Woman Who Ran,” Korean director Hong Sang-soo delivers a warm, thoughtful, and lightly comedic film with his signature repetitions.

Meandering conversations, glasses of alcohol, strips of Korean barbeque—these are all hallmarks of Hong Sang-soo’s films. When Gam-hee (Kim Min-hee) brings makgeolli and meat to a friend’s home in Hong’s latest film The Woman Who Ran, the seasoned Hong aficionado already feels at home. Even newcomers receive a gradual introduction to Hong’s repertoire through the film’s naturalistic rhythm and triptych structure—Gam-hee visits three women during the movie, carrying out similar flows of conversation with each.

Hong Sang-soo is no stranger to repetition, and indeed embraces it. His 2015 film Right Now, Wrong Then offers two perspectives on the same event, and his films often touch on similar motifs of relationships both platonic and romantic. However, The Woman Who Ran breaks from the usual Hong mold in a subtle but striking manner. While all the accoutrements of Hong Sang-soo are there—the buffoonish men, the drinking, the eating, the focus on relationships—The Woman Who Ran minimizes men in a way that Hong Sang-soo hasn’t done before, in favor of focusing solely on conversations between women.

Hong Sang-soo is famous for films that focus on the relationships between men and women. From Right Now, Wrong Then to The Day After, his features are populated with self-absorbed men who wreak unintentional emotional havoc on the women they’re involved with. However, The Woman Who Ran places men in the backdrop for the first time. The film never shows men head-on; when they do appear, it’s mostly through oblique shots from the back. The Woman Who Ran focuses on conversations between women, ranging from subjects as far afield as the tenderness in a cow’s eyes to the efficacy of dance as an art form. This demands a naturalistic touch, and the actresses involved convey that effectively.

Kim Min-hee in particular has worked with Hong Sang-soo almost exclusively after 2015’s Right Now, Wrong Then, with Park Chan-wook’s The Handmaiden as her only exception. In most of her collaborations with Hong, Kim Min-hee plays roles tinged with reality, as she and Hong had an affair that scandalized Korea and sent them into social exile. This blend of reality and fiction extends across almost all of their movies together, with Kim playing an artistic outsider who becomes invariably enmeshed in complicated—and sometimes illicit—romantic relationships.

The Woman Who Ran departs from this norm. For the first time, Kim Min-hee’s character Gam-hee is unattached to the arts, and is married. Throughout the film, Gam-hee stays evasive about her own life while showing great interest in other people’s. This takes a comic effect at times, with Gam-hee going so far as to peer into surveillance camera footage to spy on her friends talking with their unwelcome male callers. While Hong Sang-soo’s earlier film, Grass also featured Kim Min-hee voyeuristically spying on people’s lives, her character A-reum was single and recovering off a string of toxic relationships. With The Woman Who Ran, Hong Sang-soo takes a new step in his films, shifting from a focus on affairs and unstable relationships, to questioning what it takes to maintain a stable one.

The Woman Who Ran has three sections, one for each woman Gam-hee visits. The first, Young-soon (Seo Young-hwa), raises hens in the outskirts of Seoul. A male neighbor interrupts Gam-hee and Young-soon’s cozy catch-up to complain about a cat that Young-soon feeds. Their conversation quickly reaches an impasse, with Young-soon and the male neighbor making unconstructive, categorical statements. Hong Sang-soo punctuates the absurdity of the scene with a slow zoom on the cat at the end, contentedly grooming itself without a care about the awkward conversations the humans around it are having.

The second woman, Su-young (Song Seon-mi), is a single pilates instructor who parlayed her former dance experience into staying at her current apartment building, which bills itself as a tony artist’s residence. A groveling young man also interrupts this meeting, and Gam-hee witnesses Su-young’s exchange with him via surveillance cam.

The final woman, Woo-jin (Kim Sae-byuk of House of Hummingbird), works at a local movie theater. Hong demonstrates divides and similarities—while Gam-hee spends much of her time with Su-young and Young-soon drinking and eating, with explicit meetup times planned beforehand, Gam-hee meets Woo-jin by coincidence. When they catch up, it is over coffee instead of alcohol. The women echo each other’s appearances, with the same turtlenecks, hair color and body shape. As their conversation progresses, the viewer realizes that there was an estrangement between these two erstwhile friends. When the final male interruption occurs, it is Gam-hee who contends with her past.

Each woman offers Gam-hee a different version of what life could be, but none are free from its various annoyances. Despite living in nature, Young-soon still contends with annoying neighbors and overbearing roosters. Su-young lives a wealthy artist’s life with romantic escapades, but her boorish male visitor breaks the illusion of grand romance. Woo-jin is the closest Gam-hee gets to a direct reflection of herself, being married to Gam-hee’s ex-boyfriend. Still, quotidien problems arise, with Woo-jin mildly frustrated by various habits her husband has. With no refuge from life’s disappointments, one senses that after her trip, Gam-hee’s life will return to much the same as it was before—placid, but mostly content.

Many of Hong Sang-soo’s films explore free will, and pose a common question: what would change if instead of choosing one path, you chose another? With The Woman Who Ran, Hong finally seems to have an answer: nothing. In the film, none of the routes that Gam-hee’s three female acquaintances embody seem obviously better. Despite the fact that Gam-hee is neither artist nor adulteress, she still ends up just as alone and hollow as the artsy, affair-having female protagonists in Hong Sang-soo’s other films. Thus, The Woman Who Ran represents a fitting capstone of Hong’s work thus far. The woman within can run away from Hong’s usual male gaze, but life’s disappointments are never far behind. 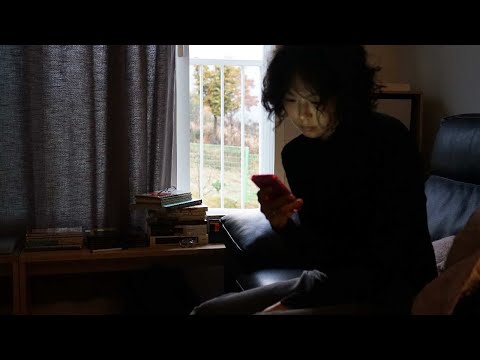