If a Japanese woman doesn’t fit into the normal path of society, how does she live her life? Director Ohku Akiko seems intent on exploring that question in her recent films. 2017’s Tremble All You Want focuses on a quirky woman in her twenties who’s never dated, and 2018’s Marriage-Hunting Beauty focuses on a 30-year-old woman who somehow always ends up dating married men.

My Sweet Grappa Remedies continues the trend, offering a gentle slice of life about a single, childless woman in her late 40s named Kawashima Yoshiko (Matsuyuki Yasuko). The film has two halves—the first half is a delicate examination of Kawashima’s life alone, while the second half shows Kawashima emerging into sociability, making friends with a coworker, and entering a romantic relationship with a younger man. Throughout it all, My Sweet Grappa Remedies maintains a gentle tone, following Kawashima’s daily life and thoughts without judgment.

Kawashima begins the film in a cocoon of routine. She slips on a pair of shoes and pats the seat of her bike before cycling to work. The first time we see her face is when she’s watching a father with his daughter. Her expression is soft and melancholic. Then, a series of jump cuts occur. We see her from her back in different outfits, carrying out the same routine—commute, work, sleep, repeat. She doesn’t seem to desire anything in life, save children—Kawashima often thinks about children, quietly mourning the fact that she can no longer have any. Alongside that, we gradually realize that she has no friends, and seemingly no living relatives.

Seeming to acknowledge her lack of connections, the camera depicts Kawashima as living in her own world. The film spaces her far from others, or places her alone in shots. In one scene, she walks by a person giving away fliers, noting that he gave a flier to every woman that walked by, yet ignored her. The women walking ahead of her are grouped together, while she walks a distance away. In another scene, she struggles with moving a queen-size mattress into her apartment while her neighbors watch with naked curiosity and disapproval, all clustered on one side of the frame while she struggles alone on the other.

In interviews, director Ohku Akiko mentions how she finds “people who don’t fit into society, or aren’t well-equipped to live in mainstream society,” interesting. In recent years, a growing number of Japanese women are choosing to forego marriage, despite government and cultural pressure. As the single population grows, so too does media chronicling the lives and thoughts of these women. My Sweet Grappa Remedies falls within this trend, alongside Murata Sayaka’s Convenience Store Woman and Kawakami Hiromi’s Strange Weather in Tokyo, both of which focus on middle-aged, single, introverted Japanese women.

The aforementioned titles are both books, and My Sweet Grappa Remedies is also based on a book. This shines through in the first half of the movie. Kawashima’s pensive narration and frequent internal monologues magnify life’s small pleasures; one can easily imagine her words on the page. Still, in some instances, the voiceover narration undermines the onscreen depiction of loneliness. Matsuyuki Yasuko lends Kawashima an aura of wistful melancholy, though some scenes would have been more powerful if the film eschewed voiceover and let Matsuyuki’s subtle expressions speak for herself.

The second half of the movie begins with the burgeoning friendship between Kawashima and her coworker, Wakabayashi (Kuroki Haru). With this new friendship comes a change in film style. Around Wakabayashi, the film sheds its earlier contemplative style in favor of one reminiscent of television dramas. In one scene, Wakabayashi fantasizes about a waiter. When the waiter emerges, it is with dramatic zooms, exaggerated lighting, and nondiegetic music. The camera then switches back to focus on Kawashima’s comparatively blank expression, with the lighting and camera speed returning to its previous naturalistic state.

As Kawashima and Wakabayashi’s friendship deepens, the exaggerated style from Wakabayashi’s scenes begin to slip into Kawashima’s life as well. In one scene, Kawashima reads an organ donation flier, and imagines her spleen whimsically floating out of the door. In another, Tokyo erupts in a riot of colors and flowers, with Kawashima prancing down the street in a flower crown. Kawashima herself also becomes more emotive. Her internal narration becomes less frequent, replaced by cheerful scenes of social interaction with Wakabayashi as the two laugh, joke, and drink together. “I think she must be an angel reincarnated,” Kawashima says later in the film. Indeed, Wakabayashi acts almost as a manic pixie dream friend, bringing the introverted and quiet protagonist out of her shell.

Kawashima’s relationship with her love interest, Okamoto (Shimizu Hiroya), feels rather plain in comparison. The actors lack chemistry, and it seems the couple got together more out of Wakabayashi’s urging than anything else. While Okamoto provides Kawashima ample opportunities to muse about love in her diary entries, he makes no changes in her personal development and doesn’t appear in important cathartic scenes. Romantic relationships, the film suggests, are not required for happiness—a pertinent message for Japan’s growing single population, and a slight balm against the rise of “loneliness literature”, which champions no connections at all. The titular grappa of My Sweet Grappa Remedies may be Kawashima’s beverage of choice, but the film makes it clear that the true remedy in her life is her friendship with Wakabayashi.

With its calming shot composition, fashionable costume design, authentic acting, and measured, slice-of-life pace, My Sweet Grappa Remedies is a delicate and gentle film that doesn’t aspire to any grand societal statements. Instead, it skillfully immerses the viewer in the everyday life of a single Japanese woman in her late 40s. There are no major conflicts, and while there are undercurrents of melancholy in Kawashima’s life, the film never strays into melodrama. Moments of catharsis are small, but feel authentic and earned. My Sweet Grappa Remedies won’t rock anyone’s world, but it’s a sincere feel-good film that is best enjoyed on a relaxing summer afternoon. 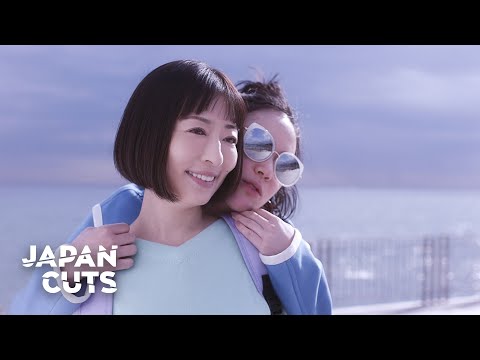 My Sweet Grappa Remedies is screening at Japan Cuts 2020, which runs virtually for US audiences between July 17, 2020 and July 30, 2020. Purchase tickets at the Japan Cuts website.