Review: “Terrorizers” Pales in Comparison to its Edward Yang Namesake

Taking its title from Edward Yang’s 1986 masterpiece, 2021’s “Terrorizers” draws from contemporary inspirations and fails to make an equivalent impact.

In the past few years, it has become a recurring trope in Taiwanese film and television to feature stories about the aftermath of some violent, public crime committed by a young person. This is probably in the wake of widely discussed incidents such as the 2014 Taipei Metro attack, or the 2016 “Little Lightbulb Incident”.

The latest example of this trend is Terrorizers, which focuses on the intersecting lives of a group of young people in the wake of a stabbing incident. In particular, the film depicts the series of events before and after an attack on Yu-fang, a young woman who is the daughter of a city councilor, and her boyfriend Xiao Zhang. As it transpires, the attack was carried out by her roommate, Ming-liang.

There is much to praise about the latter-day Terrorizers, particularly with regards to how the film’s sequence of events form a loop, and recasts events that occur early on in a new light. One can draw comparisons to David Lynch’s Mulholland Drive, in that an implicitly heterosexual narrative is later re-presented with a queer lens, and in which the viewer must gradually figure out the relationship between the protagonists.

At the same time, there are rather gaping flaws to Terrorizers’ narrative and characterization. Ming-liang, the culprit of the stabbing, is too much of a stereotype. He is depicted as an introvert who is interested in cosplay, video games, samurai swords—who becomes unable to differentiate reality from fantasy. A scene where he imagines the stabbing as a video game is rather over-the-top.

But for a mostly realistic narrative, some elements of the plot simply do not make very much sense. After committing the attack in the middle of Taipei Main Station, the major transportation hub of Taiwan’s largest metropolis, somehow Ming-liang is able to get away and evade capture for days. In reality, it would be questionable if he would make it out of the station at all. Likewise, when a character needs to lay low from the media frenzy after the attack, their solution proves utterly nonsensical–just traveling to the literal next town over from Taipei.

Almost all Taiwanese viewers would know to what extent this suspends disbelief. Another bizarre element proves when Taiwanese law enforcement or media apparently do not seem to be able to contact another character in any way or form once they take a flight out of the country, as though traveling outside of Taiwan is like a one-way lifetime trip to another planet.

Though Terrorizers’ main characters are developed well-enough, some incidental characters feel rather unnecessary, and directions that the plot could go in are insufficiently developed. For example, a masseuse that Ming-liang periodically visits has little real role in the plot except as someone for Ming-liang to talk to, and she presents a stereotyped view of sex work.

The film later wants to tell a story about the impact of the media after violent incidents, and it does so by making Yu-fang the daughter of a city councilor, resulting in public scrutiny after the attack. But the media would have likely zoomed in on Yu-fang even if she had not been the daughter of a city councilor and, seeing as she has almost no interactions with her father through the movie, this element might have best been cut. The media frenzy around Yu-fang could have led to many interesting narrative developments, but this is forgotten not too long after.

Ultimately, Terrorizers’ narrative falls apart when more closely scrutinized, especially in how many of its characters prove less than three-dimensional. This is ultimately what makes the film pale next to the Edward Yang original, which vests its characters with a great deal of subjective depth, but does so by discarding the pretense to realism in favor of postmodern stylistics. This is not the case with the 2021 Terrorizers, which tries to have its cake and eat it too, when it comes to the tradeoff between stylistics and realism. The film is all the worse for it. 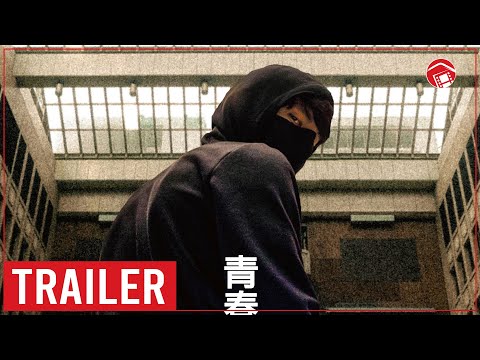