Indonesian film "Yuni" centers on the struggles of a 16-year-old girl in West Java amidst religious conservatism and traditional societal expectations.

The film, which premiered at 2021’s Toronto International Film Festival and became Indonesia’s submission for the 2022 Best International Feature Oscar, centers on a female high school student who must contend with a string of marriage proposals in her small West Javan city. Yuni offers a distinctive artistic vision with its usage of poetry and color, and is all the more remarkable for emotively addressing potentially sensitive topics amidst Indonesia’s ongoing rise in religious conservatism.

Star Student in a Small City

Yuni begins in the bedroom of its eponymous protagonist, and presents her dressing for the day: underwear, a school uniform and, last but not least, a headscarf. It’s an understated yet powerful introduction to the different layers of Yuni’s identity—as a young woman, as a student, as a member of a traditionalist society—that the film sets out to explore. We learn that Yuni, a 16-year-old who lives in the West Javan city of Serang, is one of her school’s top students. A female teacher encourages her to apply to college, but Yuni isn’t quite sure. Her parents, who work away in Jakarta, can’t afford the tuition, which means she must compete for a set of limited scholarships.

Money isn’t the only obstacle towards Yuni’s potential college education. A school announcement reveals a government plan to subject female students to virginity tests; the Islamic Club is also conducting a review of student activities, and already determined that the music club is haram. “You must understand, parents here would rather their daughters get married than go to university,” the school’s principal chides at one moment.

It’s amidst this environment that marriage proposals begin landing on Yuni’s plate—first from a young construction worker, then from an older businessman, and finally Yuni’s handsome Indonesian literature teacher. As she considers each proposal, Yuni embarks on a journey of self-discovery; her interactions with other community members including a free-spirited hairdresser, a shy male classmate, and her coterie of female high school friends help Yuni learn what becoming a woman entails.

Away from the gritty Jakartan urban hustle, Yuni pioneers its own aesthetic, and draws viewers into dimensions of Indonesia not often seen in international cinema. For one, director Andini’s choice to weave the poetry of Sapardi Djoko Damono throughout Yuni proves fruitful. Andini brings Sapardi’s poems to life at key plot junctures—for instance with scenes of pouring summer rain mirroring voiced-over descriptions in verse—and in the process imbues Yuni’s struggles with a lyrical, literary quality. In fact, the film is dedicated to Sapardi, who passed away in 2020.

Director Andini also leans heavily on the color purple as a motif. It’s Yuni’s favorite color, to the extent that she will steal classmates’ purple accouterments if they’re not careful. While at first the constant usage of purple might seem a bit on the nose, it grows more layered as the film progresses. Practically, purple becomes an easy way to distinguish Yuni from a sea of other young Indonesian women veiled in white school uniforms, a calling card for her fragile individuality. Purple is also the traditional color for widows in Indonesia, a realization that unlocks more meaning when mentioned later on in the movie. It’s a motif that has striking though likely completely unintended parallels with the 2019 Asian-American film Ms. Purple, which also uses the notion of purple as a mourning color in Korean culture to enrich a female-centric coming-of-age story.

Yuni is perfectly praiseworthy as a piece of art, but it’s even more intriguing when juxtaposed against Indonesia’s contemporary social environment. Over the past decade, Indonesian society has actually gotten more conservative, especially among younger people. For example, the phenomenon of “marriage without dating” has gained traction among Gen Z Indonesians, some of whom see premarital love and dating rituals as sinful Western influences. Religious conservatives have also started gaining more political power, and tried to push for measures including the aforementioned high school virginity tests. Female filmmakers whose works address women’s rights have been jailed and censored in recent years as well.

As such, it may initially seem somewhat surprising that Yuni—a movie that depicts likely haram topics like premarital sex, alcohol consumption, and masturbation—screened throughout Indonesia during 2021, won numerous awards at the government-supported Indonesian Film Festival, and also received production funding from Indonesia’s Culture Ministry.

However, Yuni is more a work of art than an activist screed, and that might’ve been its shield against potential controversy. The film never judges, and doesn’t cast anyone as an obvious villain. It simply depicts, and does so with grace and poise. This might feel like a letdown for those who want a more emotionally pitched film, but it’s perfect for those who want an authentic, lyrical depiction of life for women in Indonesia beyond the Jakarta bubble. 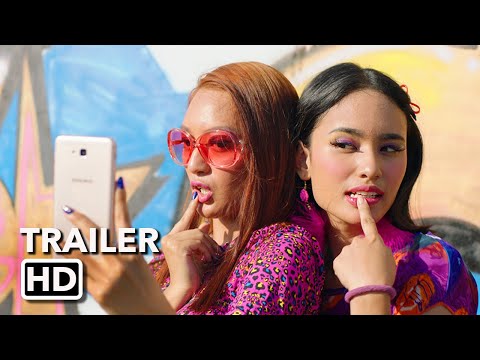 Review: "Send Me To The Clouds" Is a Feminist Exploration of Expectations Versus Reality

Review: "Send Me To The Clouds" Is a Feminist Exploration of Expectations Versus Reality