Director Justin Chon’s sophomore feature Ms. Purple harkens back to Tolstoy’s novel Anna Karenina, which famously declared “each unhappy family is unhappy in its own way.” While the details of individual instances invariably differ, family unhappiness for those of East Asian descent often stems from a common source: the conflict between Confucian filial piety and the socioeconomic realities of modern life. With dim financial prospects, many adult children across Asia perceive caring for elderly parents as an unbearable burden.

As Ms. Purple shows, the weight of filial piety extends to millennial Asian-Americans as well. Through the eyes of a young Korean-American woman who makes immense sacrifices to care for her dying father, the film offers a meditative, timely, and multilayered exploration of how cultural legacies from the “motherland” shape the lives of Asian diaspora.

Set around Los Angeles’ Koreatown, Ms. Purple centers on Kasie (Tiffany Chu), a Korean-American woman in her early twenties. Once an aspiring pianist, Kasie dropped out of school to work as a doumi (often sexualized Korean karaoke bar hostess) in order to support her paralyzed, terminally ill father. After failing to retain external caretakers, Kasie reconnects with her estranged brother Carey, who agrees to care for their father. Reunited, the siblings confront traumas both past and present as their father slips further and further away.

The film’s plot and setting feel almost claustrophobic, shuttling mostly between the confined spaces of dark karaoke bars and Kasie’s small home; this reflects Kasie’s feelings as much as they’re the result of an indie film budget. Yet, within a simplistic, almost unambitious storyline, Ms. Purple injects layers of meaning and artistry. Careful cinematography and color grading provide an appropriately meditative ambiance, while certain symbols (like a purple hanbok Kasie wears) give life to the film’s exploration of how Asian-Americans struggle with cultural burdens from their ancestral homelands.

Signs of this struggle pervade Ms. Purple. Kasie’s strong insistence on caring for her father at home instead of putting him in a hospice mirror common East Asian expectations around end-of-life care. The practice of being a doumi—fraught with issues of sexual exploitation—was transplanted from South Korea to Koreatown by visiting Korean businessmen. Korean-language flashbacks help shed light on potential transgenerational trauma, helping audiences understand how Kasie’s cultural background contributes to her predicament.

“There’s a lot of cultural baggage that we [as Asian-Americans] bring from the ‘old country.’ My question for the audience is: what do we leave behind, and what do we take forward with us?” said Chon.

For both Chon and lead actress Tiffany Chu, this question feels deeply personal given both grew up in Asian immigrant families.

“When I watch these fantastical stories like Crazy Rich Asians…it’s great. But I don’t think it represents the majority of us [Asian-Americans],” said Chon. “My dad worked at the swap meet for 15 years, seven days a week. Watching him hustle made me realize there’s a lot of value in representing the other 99% [of Asian-Americans] in a way that doesn’t sugarcoat their self-sacrifice, similar to how Ken Loach made films about the working class in Britain.”

For Chu, Kasie’s sacrifices in Ms. Purple were deeply personal and reminded her of her own relationship with her parents.

“Though Kasie is Korean-American and I’m Taiwanese-American, my parents are still immigrants who struggled as they came to the States and provided me a better life,” said Chu. “I developed a close bond with [my parents], and that allowed me to learn more about how families can love and be there for each other.”

Echoes Across the Pacific

Besides family legacies, Chu and Chon see Asian artistic output as something worth “taking forward.”

Though Chu grew up in the US, she made a strong effort to maintain her Chinese-language knowledge. This allowed her to leverage Sinophone media as a creative influence for her acting.

“Because of language I’m able to learn a lot about my culture. I watched a lot of [Chinese-language] films growing up, like Monga and Under the Hawthorn Tree,” said Chu.  “Another big influence besides film was music. I grew up listening to Deng Lijun (Teresa Teng), Jay Chou, Wang Leehom, all those artists.”

Chon has a similarly cultivated taste for Asian films.

“I love world cinema, but I really love Asian cinema. You’ve got the famous trifecta of Korean auteurs [Park Chan-wook, Bong Joon-ho, Kim Ki-duk], and I’m a huge fan of Taiwanese directors like Edward Yang and Hou Hsiao-hsien. They’re just masters. And then there’s Southeast Asian movies too, like Marlina the Murderer in Four Acts, and a lot of great films coming from Thailand,” said Chon.

In fact, Asian auteurs had a direct impact on some of Ms. Purple‘s cinematographic choices.

Ultimately, Chu and Chon see this exploration of what cultural baggage to leave behind or take forward as part of a broader effort to bring empathy to the Asian-American community. While neither define themselves as political activists, they do acknowledge how film can serve as a powerful medium for bringing exposure to important social issues.

“For this film, mental health is a really important theme, [and the cinematic medium] plays an important role in helping you understand what someone goes through when they’re struggling,” said Chu. “There’s definitely a relationship between filmmaking and activism. Film is something that can go beyond traditional mediums like news or word of mouth, and deliver a powerful message that connects intimately with people, if the filmmakers have done a good job.”

“I don’t consider myself that political, but [connections between filmmaking and activism are] unavoidable,” said Chon. “The act of making a film is stating an opinion about the lives of those you’re telling a story about. When you use that in a good way, it can bring empathy and exposure to groups who normally don’t get it.”

Ultimately, Chu and Chon are keen to point out that bringing empathy to the Asian-American community must also involve building bridges beyond that community. Though Kasie’s mental health and family challenges have roots in Asian cultural baggage, Chu feels they can have broader resonance.

“I hope that anyone outside the [Asian-American] community can relate to Kasie’s struggle, because it’s something everyone experiences no matter who you are,” said Chu.

Chon, whose next feature Blue Bayou will go beyond Los Angeles to Louisiana and feature an interracial family, has similar thoughts on the universality of his work. Part of Asian-American identity, in his opinion, is figuring out how to blend the best of Asian cultural legacies with the other flavors in America’s melting pot.

“I think we’re firing on all fronts, whether it’s my sisters or brothers who are Chinese, Japanese, Iranian, Chicano, or African-American. I just respect art. I’m not thinking about people’s race, I’m thinking about what they’re saying,” said Chon. “We Asian-Americans are a new breed. We’re both American and Asian, whether that’s Taiwanese, Korean, or Japanese. Must we bring both the good and the bad from the ‘old country’? Or do we get to decide what our new identity is?” 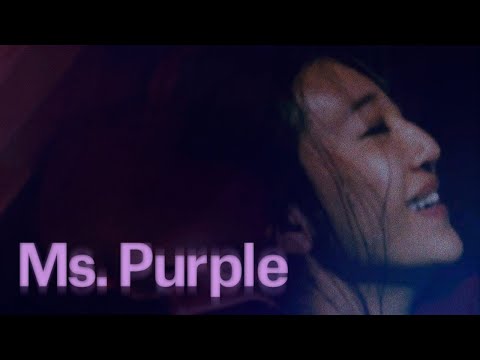 Correction: the movie details snippet above referred to the film as “Miss Purple” instead of “Ms. Purple.” We rectified this error on September 4, 2019.