Filipina filmmaker Rae Red’s directorial debut “Babae at Baril” tells the story of a girl and a gun—and the patriarchal, capitalist system they live in.

The film’s title, translated as The Girl and the Gun in English, exactly describes how the story unfolds: a department store saleslady finds a discarded gun. Tired of being an underdog and mistreated by men, she takes the gun and instantly finds herself wiedling a newfound confidence to take revenge on those that wronged her.

A breath of fresh air, Red’s film gives a voice to women and highlights their daily struggles—from workplace discrimination and catcalling to rape and domestic abuse. Babae at Baril doesn’t shy away from these issues, and rightfully reflects the experiences of women not only in the Philippines but also elsewhere.

Red’s use of symbolism brings the film alive; she deploys mundane items like stockings and jackets to amplify her characters. Flashy dark visuals also accurately represent many Filipinos’ lives—long commutes, landlords pestering for rent, structural hierarchies at work, and turning to drug trafficking to make ends meet. It’s a film that speaks to the masses.

In this interview with Cinema Escapist, Rae Red discusses her inspirations and creative decisions for Babae at Baril.

Can you tell us how the story for Babae at Baril came about? What inspired you to write the film—were there real life precedents or experiences that you drew from?

A lot of the commuting scenes are from real life experiences. I also come from a family of filmmakers. I grew up watching films mostly of my dad’s choosing, films like The Godfather and Goodfellas. Though I love these films, I found myself looking for ones that had women protagonists that I could look up to or relate to. Even up to this day, I can’t recall a character I related to in any of the films that I watched as a kid.

I think this is partly the reason why, even before I was introduced to the concept of feminism, I already found myself concerned with gender roles and stereotypes. I began questioning women’s representation in films and, as I grew older, I realized that it wasn’t just in films that women are treated as inferior to men; this is also true in the real world.

Much of what happens in the film touches on issues that are present in the Philippines today (e.g. the war on drugs, the ongoing poverty, continuous sexual discrimination and harassment faced by women). To what extent did you want to highlight these issues, and why was it important that you did so?

Issues concerning gender go hand in hand with [the Philippines’] economic state, and the system that’s in place. Because of this, I can’t simply call out issues regarding women without also addressing class issues.

The Babae (Girl) part was a way for me to let loose all [the] anger I have for what women have to [go] through each day. A lot of the time, I wish I could just shoot any person who has ever wronged me. But I am fully aware that this isn’t right.

The Baril (Gun) part was a way for me to step back and look at the issue from a wider perspective. Maybe those who are harassing women have been conditioned to do so. For them, it isn’t wrong, but it is simply the norm. The Philippines’ War on Drugs and poverty are all directly related to [how society treats women].

From what I see, Babae at Baril tackles what it’s like to be a woman in a man’s world. How do you ensure that you’re able to represent women’s struggles accurately and empathetically? Were there specific artistic decisions you made towards this end?

I interviewed a few department store salesladies to get a somehow accurate depiction of what they go through. [From] what I’ve gathered, a lot of their experiences have some sort of equivalence to mine, [and the experiences of many other] women I know. There is a common ground to women’s experiences, especially those who belong in the same class.

Given that this is your directorial debut, how different is your experience working on Babae at Baril and your previous work? What were some of the challenges that you faced?

My main source of income is through writing screenplays. I never realized how many decisions a director has to make as opposed to a writer.

Directors need to constantly adjust the script and how it will be mounted to the location, the time of day, [and] the budget. Little things like approving a character’s footwear or body language, for example, were things I never considered as a screenwriter but now have to as a director.

How much of a conscious decision was it to use a gun as a plot device? What did it symbolize, and why was it important in the story?

Like I said earlier, it was my way of threading a woman’s everyday struggle to the other issues [the Philippines] is currently facing. It’s my way of rerouting my anger not just to issues that concern me, [but also] to the root of the problem—which is the patriarchal and capitalist system in place.

I noticed a heart sticker on the gun. What significance, if any, did that sticker have?

I wanted the gun to feel as though it too was alive, and calling out to you to tempt you to use it. But in the end, it’s just a mere object, and we have all the power to succumb to the violence it offers—or not.

Other than the gun, other notable items were the stockings and red jacket—again, how would you describe their significance in the story?

For the stockings, I wanted an item that seems so petty for some, but is a big deal for someone of the Girl’s social class. Some people here can’t even afford to have their resumes printed for a job application. I also wanted the item to be unique to women, as it is mostly women who wear stockings.

For the jacket, I wanted something visual to represent the Girl’s anger. If [you] notice, she only [starts] wearing it when she’s on her revenge streak. But she’s been carrying that jacket from the start, and only when she used the gun did she actually wear it. She also takes it off in the end, realizing that there is no need for that vengeful version of her.

I noticed that, in the second half of the film, you shift the narrative from the female lead’s journey to the gun’s history, and introduce new characters. What was the reason for that?

Introducing new characters is a way for me to show how the system in place doesn’t just have women as [its] victims. We are all victims, both men and women. We are all tempted and sometimes forced to use violence to solve our problems and, as long as this current system is in place, there will be no justice for all.

All the male characters who wield the gun don’t exactly get happy endings. You leave the female lead’s fate open at the end in the film—tell us more about this contrasting choice. Might a female owner for the gun deserve a different fate than the men?

That ending is my way of telling the viewers that we need to break the cycle of violence, regardless of our gender. 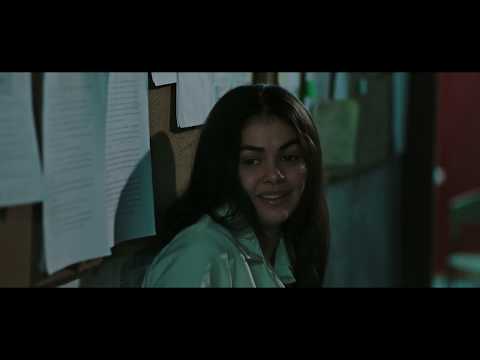 Babae at Baril (The Girl and the Gun) is available for virtual viewing via the New York Asian Film Festival until September 12, 2020.