A year after rocketing to global fame with Squid Game, Korean actor Lee Jung-jae re-emerged on the global cinematic scene with his directorial debut, Hunt. This espionage thriller screened at 2022’s Cannes and Toronto International Film Festivals, and is one of this year’s top-grossing movies at South Korea’s domestic box office. However, critical reception to the movie was tepid among non-Korean critics. Many found the movie’s historical context too inaccessible, so much so that Lee Jung-jae slightly edited the movie for further international screenings in response.

From the perspective of someone who does have knowledge about South Korea’s authoritarian period though, Hunt feels quite familiar–too familiar, in fact. While it’s action-packed and cinematographically competent, the film is like a “greatest hits” compilation of historical tropes from 1980’s South Korea, one that fails to innovate upon the era’s historiography. How and why is this the case, and what does this bode for South Korean cinema?

When an assasination attempt disrupts the President’s tour, the fragile balance between Park and Kim begins to unravel. The KCIA realizes there’s a mole named “Donglim” in their midst, and the two men begin hunting for the mole in each others’ turf. A cat-and-mouse game replete with gunfights, torture, secret codes, and car chases ensues, bumping along a bevy of plot twists staged with slick visual form.

If you’re acquainted with South Korean history and political cinema, this plot progression becomes a walk down memory lane. With its Washington DC beginnings, Hunt evokes 2020’s The Man Standing Next, another KCIA thriller which also leaned into Cold War ROK-US relations as a subplot. The film then showcases American complicity with South Korea’s dictatorship through CIA agents plotting to prop up President Chun, a Korean leftist refrain that’s been explored across numerous dramas and movies across the past few decades. Torture scenes and guilt over the 1980 Gwangju Massacre come up next, evoking movies like National Security and Peppermint Candy. Even killing President Chun in the name of democracy and justice is well-tread ground, as seen through the 2012 movie 26 Years.

History buffs may also notice how Hunt references numerous real events from multiple years across the early 80’s, beyond the Gwangju Massacre. There’s a shoutout to the 1983 defection of North Korean MiG-19 pilot Lee Ung-pyeong (played with gusto by Hwang Jung-min), and a reimagining of the 1983 Rangoon Bombing in which North Korean agents plotted to assassinate Chun Doo-hwan. The film also offers other easter eggs that non-Korean audiences might miss. For instance, Park Pyong-ho and Lee Jung-do’s given names are rough homonyms for “peace” and “justice”, respectively, which bear relevance later in the movie. Besides some implications around North Koreans meddling with South Korea’s democratization movements (a common right-wing refrain that doesn’t usually appear in left-leaning Korean cinema) though, Hunt breaks absolutely no new ground in its retelling of history.

With all these tropes and references, Hunt becomes comfort food for history junkies and Korean politics nerds. Alas, this isn’t necessarily healthy. Comfort food might prove inaccessible to those lacking requisite memory and cultural context, and too much comfort food can leave one in a complacent stupor.

Since the country democratized in the early 1990’s, South Korea has been able to make numerous films that actually have a societal impact, and thus live on in the national (and international) consciousness, because they break new ground when it comes to viewing the recent past. For example, 2005’s The President’s Last Bang sparked lawsuits over its depiction of former President Park Chung-hee, whilst 2017’s A Taxi Driver offered a fresh humanistic view on the Gwangju Massacre and led to the rediscovery of its previously anonymous titular character.

While Hunt is a competent piece of entertainment, it’s hard to see it making the same kind of waves in civic discourse. This isn’t exclusive to Hunt though; the past three years haven’t seen any Korean political movies on the order of something like A Taxi Driver. Perhaps that’s due in part to COVID-19’s dampening effect on Korean cinematic screenings, or maybe Korean filmmakers have simply exhausted 1980’s democratization and should migrate to less-trod pastures. Whatever the reason, anybody who values impactful Korean political films should hope that productions more innovative than Hunt are waiting in the wings. 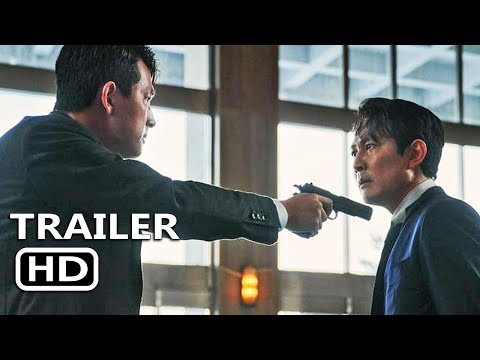 Hunt will have its North American release starting December 2, 2022.