Review: “My Small Land” Offers an Intimate Look at Kurdish Refugees in Japan

Like many of Kore-eda’s movies, Kawawada’s My Small Land examines concepts of belonging and family. The film’s story centers around 16-year-old Sarya (Lina Arashi), a Kurdish refugee in Japan. At first, Sarya’s life is on an upswing—her grades might earn her a recommendation for university admission, she gets along with friends, a romance lies on the horizon. However, when Japan’s government rejects her father’s refugee application, Sarya’s existence goes sideways.

Movies tackling immigrant communities in Japan aren’t new: Akio Fujimoto’s Passage of Life adapted the true story of a Burmese family, Thomas Ash’s Ushiku documented conditions in a Tokyo migrant detention center, and so forth. However, My Small Land is part of a relatively recent spike in cinematic interest regarding Japan’s Kurds, a small community that also made it onto the silver screen with the 2021 documentary Tokyo Kurds.

Today, around 2,000 Kurds live in the Greater Tokyo Area. Most originate from southern Turkey, where discrimination and armed clashes have caused ethnic Kurds to flee elsewhere. While many Kurds in Japan speak fluent Japanese and know no other home, they often have trouble obtaining legal residency status and gaining acceptance among other Japanese. The Japanese government usually gives Kurds temporary permits that allow them to stay for years, but until August 2022 refused to grant any Kurds refugee status that would protect them from deportation. Such is the stark reality of Japan’s strict immigration and refugee policies—which grant less than one percent of refugee applicants asylum status, despite Japan being a party to multiple UN refugee treaties. In 2021, Japan accepted all of 74 refugees, the highest on record.

My Small Land offers an authentic and heartbreaking depiction of these struggles, at a human level. Sarya and her younger siblings speak Japanese fluently, yet the people around them don’t consider them Japanese by any means. When Sarya’s father gets his application for refugee status declined, the full impact of being in a legal limbo washes over. The government revokes their residence cards—denying them employment as well as the ability to travel freely between prefectures, and putting them at risk of getting sent back to a dangerous homeland. To make matters worse, Sarya’s father then gets arrested for illegal employment. This forces Sarya to fend for her younger siblings and thrusts her into the role of a protector for the Kurdish community at large, especially those who cannot communicate in Japanese.

Where do I belong?

Despite such tragic circumstances, Kawawada never lets My Small Land descend into a cesspool of pity. She never sensationalizes the experience of Sarya and her family, and instead expresses their emotional turmoil through detailed characterization of their varying responses to the question of  “where are you from?” For instance, Sarya’s younger brother Robin finds it simpler to say that he’s from outer space than to say he’s Kurdish. Initially, Sarya herself goes to great lengths to reject her Kurdish roots. She uses an iron straightener to hide her naturally curly hair, scrubs off red dye on her hand from a Kurdish wedding ceremony, and even says she’s from Germany. We then see Sarya’s attitudes evolve as the movie progresses, also through such quotidian choices: what language to speak, how to groom herself, what prayers she utters.

Lead actress Lina Arashi, who made her acting debut in this film after years as a model, proves an excellent casting choice. As a woman of mixed Iranian, Iraqi, Russian, German and Japanese heritage, she masterfully captures Sarya’s internal struggles to find normalcy and belonging—whether through subtle mannerisms, or changes in tone when she speaks different languages. To add another layer of authenticity, Arashi’s real-life father and siblings play parallel roles in the film. Director Kawawada herself likely found personal resonance with My Small Land’s subject matter; she’s half British and half Japanese.

Ultimately, My Small Land shows there isn’t just one answer to the questions of “where are you from?” or “where do you belong?” How can you be from somewhere other than Japan when you don’t have the vaguest memory of that so-called motherland? When the only language you speak is Japanese? Kawawada confronts these realities and presents them in a delicate and intimate way, inflected in a beautiful sadness that comes from uncertainty about the future. 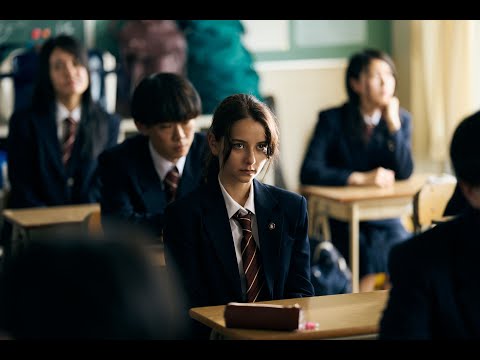 Review: Davy Chou's "Return to Seoul" Is a Soulful Exploration of Transnational Identity and Culture Clash

Review: Davy Chou's "Return to Seoul" Is a Soulful Exploration of Transnational Identity and Culture Clash