Review: Davy Chou’s “Return to Seoul” Is a Soulful Exploration of Transnational Identity and Culture Clash

After making a featurette, documentary, and Cambodia-focused feature film Diamond Island, director Davy Chou looks to South Korea for his second feature, Return to Seoul. The movie premiered at the 2022 Cannes Film Festival under the Un Certain Regard section to rave reviews, and has become Cambodia’s official entry to the 95th Academy Awards.

Return to Seoul is inspired by both Chou’s own cross-cultural upbringing as a French-Cambodian, and the experiences of a Korean adoptee friend. The film follows a young woman named Frédérique “Freddie” Benoît (Park Ji-min), who impulsively travels across South Korea—the country she was born in before being adopted and raised in France. While Freddie initially has no plans to find her biological parents, the idea takes hold after two hotel staffers-turned-friends named Tena (Guka Han) and Dong-wan (Son Seung-beom) egg her on. What follows is an eight-year voyage filled with what-ifs, apologies, and welcoming strangers.

All The People I’ll Never Be

“I’m French,” Freddie exclaims, even if everyone around her tells her otherwise. For Freddie, it doesn’t matter if she has the “typical Korean face”, or that her Korean name is Yeon-hee (meaning docile and joyful). She has little knowledge of nor connection to South Korea or her biological parents, besides a ragged photograph of herself as a baby with a woman she believes is her mother.

Director Chou’s soulful storytelling combines with masterful acting from breakout star Park Ji-min to create a stark contrast between Freddie and the people around her. Throughout the film, characters around Freddie have a completely different idea of who she is, or rather, who she should be. For example, when Freddie meets her biological father, he tries convincing her to stay in South Korea, and says he’ll help find her a husband—despite Freddie having no desire for either. As we in the audience see Freddie react to her biological paternal grandmother’s sorrowful apologies, and her biological father’s constant undecipherable messages phone in Korean, we can viscerally feel her exasperation.

Chou and the cast’s handling of dialog also hint at the subtle differences between identity and culture. Freddie’s tone is condescending and direct, using the French equivalent of Korean banmal (informal speech) to speak to anyone, even her elders. However, Tena translates Freddie’s French into Korean with more respect, sometimes not even directly translating word-for-word so as to not appear rude.

A Lifetime of Questioning

Thanks to the constraints of the feature film format, Return to Seoul shows Freddie’s journey of self-discovery from age 25 to 33. But Director Chou wants audiences to know that Freddie’s wandering doesn’t have a clean ending; her identity and sense of belonging are “ever-evolving” and “complex.”

“Her strong sense of self-assurance—maybe coming from her French background—also shows that she’s hiding something,” said Chou in a screening Q&A. Despite a headstrong and cold exterior, Freddie remains confused about who she is, and who she wants to be.

Chou doesn’t romanticize the “soul-searching” process. If anything, Freddie’s character shows how lonely and even self-destructive it can be. In the film’s second act, 27-year-old Freddie is no longer the carefree woman in the first act. Clad in black lipstick and a leather jacket, she makes her way through the neon-lit streets of Seoul to a raving underground club—still apparently looking for her birth mother. In the next time jump to the movie’s third act, a polished, lady-like Freddie with accented Korean appears on the screen.

“At the end of the film, it’s not Korea or France,” said Chou, reflecting that the answer to where Freddie “belongs” may not be in either country, but somewhere else. Maybe it’s not her identity that she’s looking for, but rather peace—the “last liberation” from having a definite answer of who she is.

While Freddie’s journey may seem exhausting, it’s an authentic and worthwhile reflection of life for millions who struggle with cultural clashes. Return to Seoul should put Davy Chou’s name on whatever list of promising young directors to look out for, and lead actress Park Ji-min deserves similar attention for her poignant performance. 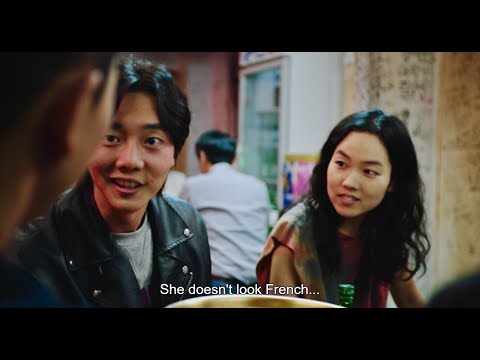