One of China’s most famous folktales, “Legend of the White Snake” explores the intercourse between demon and man. It’s arguably a fertility myth, in which a snake demon princess falls in love with a mortal snake hunter despite earthly and otherworldly consequences. Directors Zhao Ji and Amp Wong interpret White Snake as a prequel to this folktale—one that appeals to domestic Chinese audiences and Chinese mythology fans, anyway. Anyone unfamiliar with the source material can expect to struggle.

Zhang Zhe voices the snake demon princess Blanca who, through a convoluted series of events, falls in love with a snake hunter named A Xuan (Yang Tianxiang). However, demons and humans aren’t supposed to co-exist. Consequently, the pair spend the entire movie enduring death-defying challenges to their romance.

Despite its directors’ intentions, White Snake feels less like prequel and more like a piece of speculative fiction meant to adapt the original myth for modern tastes. Unfortunately, the directors botched this otherwise noble intention by trying to make White Snake a coming-of-age story. Shoved into a coming-of-age format, the film’s titular heroine Blanca vacillates haphazardly between indomitable monstress and damsel in distress. This is because peak Blanca represents modern China’s quintessential woman.

Blanca slithers through set piece upon set piece as a beautiful thing, ahead of the curve. She’s always fighting something but denied significant change—not unlike women in China, who are still seen as commodities that lose value after turning 24 (the average age of marriage).

White Snake tells Blanca’s epiphanies instead of showing them, and tightly centers even her climactic revelations around her beau. A Xuan continuously challenges their forbidden love with impassioned monologues, and rescues her multiple times. Blanca is only all-powerful until the writers decide that A Xuan needs to prove his devotion or ability. This gets tiring fast.

Snake in an Animated Garden

On that note: unlike most animated blockbusters, White Snake contains mature themes and some risque sequences. Our two protagonists get pretty… close…so much so that any family seeing this movie together might collectively blush. Chinese Frozen becomes Lust Caution, fast. It’s worth mentioning that none of Light Chaser’s previous works come close to Snake’s salaciousness. This tonal deviation is interesting, considering China’s strict rules towards on-screen sex and increasing censorship this year. It’s regrettable the movie’s storytelling is not equally daring.

Even if White Snake is nowhere near Pixar polish, it more than holds its own during carefully crafted wuxia sequences. The film makes intelligent use of 3D, creating mesmerizing sequences with  Chinese ink-painting styles referenced from the 1950s and ‘60s. To top it off, White Snake’s character designs are as striking as ever. The scene-stealing Fox Spirit stands out as one of Light Chaser’s best efforts.

Slithering Into a New Era

Done correctly, White Snake could have hit the sweet spot as a timeless masterpiece with something for everyone. Unfortunately, it doesn’t. Although visually riveting, the film suffers the same problems as previous Light Chaser features—tireless pacing and unmemorable (yet costly) set pieces.

Light Chaser’s sexy take on the story is also baffling from both a storytelling and marketing perspective. Yes, themes of intercourse and fertility were always present in White Snake’s source material. However, these topics are not easily to market abroad—especially for the animation medium.

Still, White Snake marks a praiseworthy feat for China. The film has more than paid for itself in domestic sales, earning 447 million CNY (US$65 million). This improvement in domestic sales is noteworthy, considering China’s struggle with animation in the past. Coupled with the success of other recent pieces like Mo Dao Zhu Shi and Ne Zha, White Snake proves that Chinese animation is more than capable of growing and thriving. One thing is for sure: China has entered a new animation golden age. Good storytelling might need to wait, but at least profits have already arrived. 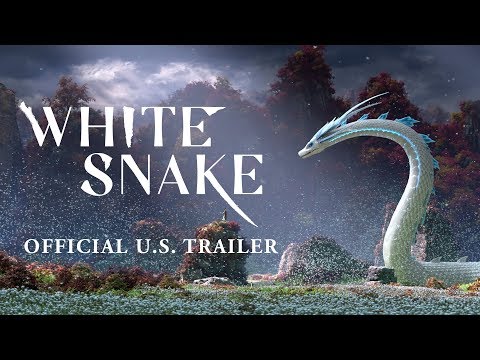