Before reforms in January 2018, getting caught with illegal drugs in Iran—whether 30 grams or 50 kilos— carried the death penalty. Even then, Iran has one of the world’s highest drug addiction rates. As the title of director Saeed Roustaee’s Just 6.5 suggests, there are roughly 6.5 million addicts in the country. Roustaee’s brutal action-thriller exposes the shocking truth of Iran’s deepening drug problem, and delivers a searing look into a side of Iran seldom seen in Middle Eastern cinema.

If it weren’t for severe punishments and the police’s dedication, the number of addicts and drug dealers in Iran would be much higher—at least that’s what Samad and his team want to believe. However, reality seems different. The drug epidemic feels relentless, and eats away at the task force. When they catch one dealer, two more emerge. Samad and his teammates grind away at their jobs every day, but are they making a difference?

To convey this struggle, Roustaee packs Just 6.5 with dialog, mostly delivered through heated arguments or whilst choking back tears. Long, emotional monologues further accentuate each character’s anguish. We hear hints that the stresses of Samad’s job caused his divorce. During a quarrel with his team, Samad explodes, saying, “stop saying my name, my life is hanging from a thread.” Samad’s partner Hamid embodies even more tragedy; he’s focused on finding the drug dealer who kidnapped and murdered his son, and reaches a breaking point every time the team arrests a new suspect.

After hunting him for over a year, Samad arrests elusive drug lord Nasser Khakhad mid-way through Just 6.5. Nasser must now face serious consequences for his actions and come face-to-face with the life-altering outcome of his product.  As Nasser enters prison, we discover he is just as complicated and interesting as the men who arrested him, if not more.

Navid Mohammadzadeh (No Date, No Signature and Sheeple) offers an astounding performance as Nasser. In jail, a fellow inmate—who killed Hamid’s son—accuses Nasser of ordering the killing. This leads to Just 6.5’s best scene, where Nasser confronts Samad about the accusation. Mohammadzadeh’s expressive eyes beg for mercy as he tries to remain strong amid Samad’s presence; he breaks down when Samad continually accuses him of harming children. He pleads with Samad and Hamid, saying “I swear I’m not cut out for such things, I can’t kill a child.” Nasser claims everything he did was for the young—so that his family, his nieces and nephews, could have a better life. With tears streaming down his face, Nasser no longer feels like a two-dimensional “villain.” Roustaee doesn’t try to justify Nasser’s actions, but allows audiences to intimately understand the drug lord’s own rationalizations.

Conversely, Samad isn’t particularly likeable, even if he’s doing the best job he can given the circumstances. Overwhelmed, he quickly resorts to angry behavior for the answers he needs, threatening jail time and harsher sentences if offenders don’t hand over fresh information. In one particularly poignant scene, after dragging Nasser out of his cell, Samad promises to make him “feel the misery of every person whose life you’ve ruined.” Samad has lost hope. He’s eager to make a difference yet knows that it’s impossible, and only darkness remains. Roustaee has crafted a film where every character feels layered and believable, regardless of whether they’re a “bad guy” or “good guy.”

Just 6.5 doesn’t exist in black-and-white; it only operates in gray. Despite the film’s harrowing nature, Roustaee manages to keep audiences on the edge of their seats. Through the lives of a dealer and the cops chasing after him, Just 6.5 offers insights into Iran’s justice system, as well as the human damage of drug abuse. The film is a sobering reflection on a rising epidemic that is overwhelming Iran’s capital city.

In this sense, Just 6.5 delivers what few Hollywood action films can nowadays: a riveting thriller deeply focused on a serious issue. Bleak, tense, and brutal, Just 6.5 is one of the most shocking and heartbreaking films of recent years. 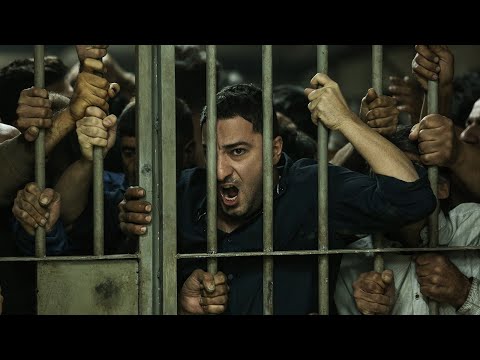