Prior to her debut fiction feature film Son-Mother, Mahnaz Mohammadi’s documentary work focused heavily on her activism. A prominent women’s rights activist, Mohammadi was jailed for five years in 2014 for allegedly collaborating against Iran with the BBC, and for “propaganda against the state,” which she staunchly denies. Mohammadi has a history of arrests and incarceration due to her work of campaigning for women’s rights throughout Iran. In 2011, at the 64th Cannes Film Festival, Mohammadi sent a letter from Tehran to filmmaker Costa-Gavras for him to read aloud during the ceremony: “I am a woman, I am a filmmaker, two sufficient grounds to be guilty in this country.”

Since her release from the notorious Evin Prison in Tehran, Mohammadi is back once again tackling women’s rights issues. With a screenplay by Mohammad Rasoulof (Goodbye and The White Meadows), Son-Mother is Mohammadi’s first film since her release. Her debut feature closely examines Iran’s prejudicial and patriarchal society from the point of view of both mother and child.

The film is split in two halves. The first, “Son,” explores the character of Leila (Raha Khodayari), a widowed factory worker struggling to make ends meet. Mother to 12-year-old Amir (Mahan Nasiri) and baby daughter Munes, Leila has no family to rely on for funds and is at the top of the list for lay-offs at work. Wealthy bus driver Kazem (Reza Behboodi) has made an offer of marriage to Leila. The unexpected proposal would provide the financial security she so desperately needs, and help pay for her sick daughter’s medical bills. However, Kazem has one condition if they are to marry. He has a daughter the same age as Amir, and propriety and local custom dictate that the two children cannot live under the same roof. If Leila is to marry Kazem, then Amir has to leave.

Leila is torn apart at the thought of losing her son to a marriage tradition. Her neighbor, Bibi (the eerily brilliant Maryam Boubani), reminds her frequently what a good man Kazem is and that, “a man protecting you, it’s a blessing.” The film explores the difficulties of life as a single mother in Iran and the appalling treatment Leila faces from neighbors, work colleagues, and the community. Kazem doesn’t make things any easier as he makes no secret of his affection for Leila. While she struggles to make a decision on the marriage proposal, she is labelled a prostitute by her male co-workers; she is presented as an object and is treated as such.

Looking as if she’s being slowly torn from the inside out, Khodayari performs wonderfully as Leila. Fear of marriage to a stranger and under threat of losing her son, Leila feels unsure of what is best for her family and their livelihood. Her choice is, by no means, easy. Amir, on the other hand, is who will suffer the most. Those around Amir see him as a problem that needs to be dealt with swiftly, and the only thing that stands in the way of his mother’s happiness.

The latter—and stronger—half of the film, “Mother,” shifts to Amir’s perspective. Convinced that Kazem’s daughter will be married in a year or two, Amir only has to leave for a short while. This is what Amir repeatedly hears, and the solution is for Amir to hide out at the deaf-mute school where Bibi works. It is shocking how swiftly Amir is isolated from his mother and his life; his entire world disrupted because of archaic rules and his family’s increasing desperation.

Nasiri is a quiet revelation as Amir. He is astounding as a young boy slowly becoming a shadow of his former self, as he hides away in a cold place he shouldn’t have to call home. In a mostly dialogue-less role, Amir is denied adult love and protection, and gradually loses hope as the film progresses. I dare you to find a sadder final act in any film of this year.

Mohammadi and screenwriter Rasoulof are both prominent activists and have faced persecution in Iran because of it. Son-Mother is a further extension into their discussion of important social issues, and the film brilliantly displays what life is really like for a woman in Iran, particularly a single mother daring to live without a man—albeit for a short while.

Mohammadi’s previous films center around sensitive issues within Iran, and all her films have been banned and never shown there. Her 2006 award-winning documentary, Travelogue, was shot on the train between Tehran and Ankara, and Mohammadi questioned passengers as to why they were leaving Iran. Iranian authorities have refused to let Mohammadi leave the country since the first showing of Travelogue. Another of her documentaries, Women Without Shadows, explores the lives of homeless and abandoned women at a shelter.

Rasoulof, likewise, has faced similar treatment. In 2017, Iran confiscated his passport on his return to Iran, a few months after his film A Man of Integrity won the Un Certain Regard award at the Cannes Film Festival. Recently, Iranian authorities summoned Rasoulof to spend a year in prison. This was mere days after his latest film about the Iranian death penalty, There Is No Evil, won the Golden Bear award at the 2020 Berlin International Film Festival. Rasoulof could not attend the festival to collect his prestigious prize due to his travel ban.

Mohammadi and Rasoulof have faced significant hardship from their home country, and Son-Mother feels highly personal. There is nothing particularly groundbreaking about the style or visual flare of the film. However, where Son-Mother does succeed greatly is in exposing the heartbreaking daily plight and sacrifice ordinary Iranians face. 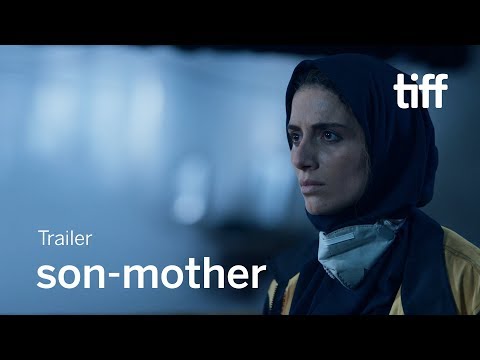