Rift opens on a man named Gunnar (Björn Stefánsson) receiving a panicked late-night call from his ex-boyfriend Einar (Sigurður Þór Óskarsson). In equal parts annoyed and concerned, Gunnar decides to check on Einar, who’s decided to stay alone in his family’s summer house. Promising his new boyfriend he’ll back as soon as possible, Gunnar leaves the safety of Reykjavik, Iceland’s densely populated capital, and drives into the sparse countryside.

On finding Einar alone but in good health, the two use their isolation from society as an opportunity to talk through their past relationship. However, their tumultuous on/off partnership is not the only thing that plagues them, as they begin to gradually realize that they may not be as alone as they first thought. As their situation gradually becomes more and more terrifying, the two must push through their emotional wounds if they want to survive.

Compared to many other countries, Iceland is very LGBT friendly. It recently passed the ten year anniversary of gay marriage legalization (27 June 2010), and had the first openly gay head of government in the world with Jóhanna Sigurðardóttir.

Despite this progress, Gunnar and Einar still face problems that heterosexual couples would never be aware of. Examples of this include them thinking back to their fear of coming out to their family, with their worries of being cast out amplified by the harsh, unforgiving Icelandic outdoor environment. The two characters reminisce on a challenging life growing up, emphasized by the film’s frequent use of flashbacks within the narrative—in which past and present appear to blur together.

Loneliness is another key element of Rift. The two main characters are alone together for the vast majority of the film, which illustrates the loneliness they felt growing up gay, and shows how isolating it can feel being a minority in an already small country (Iceland’s total population being only around 364,000).

Alone in the Wilderness

Actors Stefánsson and Óskarsson both give strong, empathetic performances as two men confident in their sexuality, but nonetheless haunted by society’s heteronormative expectations. Director Erlingur Thoroddsen matches these fears with more traditional horror elements, as the two men gradually begin to believe that they’re falling victim to supernatural activity. Unlike many mainstream horror films, Rift doesn’t rely heavily on jump scares, preferring to slowly build dread amongst the serene yet ominous natural landscape. The true horror lurks hidden just below the surface, waiting for the perfect time to strike.

The intimacy of Gunnar and Einar’s feelings for one another is in stark contrast to the vast, cold landscape that sits just outside the small holiday home. Iceland’s spectacular landscape of mountains, fjords, and black-sand beaches is so prominent to building the film’s tone that it’s practically the third main character. The fact that the holiday house exists alone amongst miles of barren land and the dead silent night amplifies the eeriness of the couple’s predicament. In this remote location, the two character’s paranoia is emblematic of their status as a gay couple: are they free to live out their relationship alone in peace, or are they always being silently watched and judged from afar?

Recontextualizing what could have been just another run of the mill horror movie through a queer perspective gives simple details an added significance—from the friendly but curious neighbor, to Einar and Gunnar’s isolation from society, and why they feel that they have no choice but to rely on each other.

Horror films based around cabins in the middle of nowhere are usually centered around straight, naïve young adults, so it’s a welcome change of pace to see a film centered around two mature gay men, trapped just as much in their on/off relationship as they are in the terrifying situation they now find themselves in. The homosexuality of Rift’s characters is never in question–this is not a coming out story. However,  the two characters’ relationship to one another adds an interesting new dimension to an already very strong horror film. 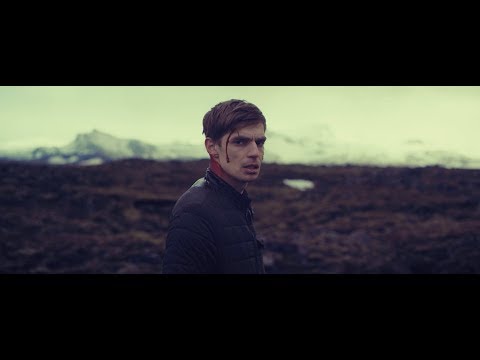 Ben Treloar is a British film student with a passion for cinema and world history. When not over-analyzing films, he enjoys long walks on the beach and is occasionally brave enough to try his hand at stand-up comedy. He is currently based in his native Cornwall.