Review: Korea’s “#Alive” Is a Perfect Zombie Movie for the Coronavirus Era

Starring Yoo Ah-in and Park Shin-hye, “#Alive” is an entertaining zombie flick that seems tailor-made for the time of coronavirus.

“Citizens must stay home and avoid going out.” Sound familiar?

Though it sure sounds like one, this isn’t a coronavirus stay-at-home order. Instead, it’s a prophetic line from the zombie movie #Alive. This zombie blockbuster first hit South Korean theaters on June 24, 2020 while other countries were struggling with COVID-19, but wrapped production in 2019.

Starring Yoo Ah-in (of Burning) and Park Shin-hye (of Memories of the Alhambra and Miracle in Cell No. 7), #Alive depicts how two isolated millennial Seoulites struggle to survive a zombie outbreak. Besides a shockingly prescient portrayal of social distancing, the film offers an enjoyably youthful tone that weaves itself throughout a suspenseful narrative. It’s an unpretentious movie that seems perfectly tailored for the time of coronavirus.

#Alive begins in a dark apartment, illuminated mostly through the colorful lights of a computer gaming setup. An alarm rings, and we see the sleepy face of Joon-woo (Yoo Ah-in). Living alone in a high-rise, Joon-woo seems to enjoy computer games and social media more than venturing outside to buy groceries and meet people.

It’s rather fortunate Joon-woo doesn’t go outdoors. After a quick gaming session, a smartphone emergency alert spurs him to peer outside—and discover that zombies are overrunning his densely populated neighborhood. Within minutes, zombies start infecting residents of Joon-woo’s high-rise. He quickly barricades himself in his apartment, obeying government broadcasts to stay at home.

The film’s next 30 minutes consist mostly of Joon-woo trying to stay safe and sane amidst self-isolation. He games, he watches livestreams, he flies his drone, and he occasionally spots scenes of zombie destruction on the streets below. However, after the internet cuts out and food runs low, Joon-woo begins to lose hope. It’s at this point where Yoo-bin (Park Shin-hye), the female resident of a neighboring apartment tower, spots Joon-woo through her binoculars and signals her existence with a laser pointer. The two begin to communicate by projecting words on smart device screens and—in spite of social distance—become allies in a quest for survival.

Both Joon-woo and Yoo-bin are tech-savvy millennials—and that helps imbue #Alive with a youthful tone. Smartphones and drones perform important roles in not only helping the two protagonists communicate, but also in advancing the plot. The film’s costume and sound design also contribute to a rather “hip” flavor. Joon-woo sports blonde-dyed hair and baggy clothes, while Yoo-bin prefers fashionably outdoorsy attire. Droning electronic beats dominate #Alive’s soundscape, save welcome interruptions from rapper Beenzino’s funkily rebellious song “Break.” “I want to be free… I don’t want to work like a machine…I want to be myself,” Beenzino’s rap goes, reflecting the thoughts of millions of burnt out millennials worldwide.

Similar to how Hollywood zombie flick Shaun of the Dead offered a look at British twenty-something culture with its slacker protagonists and pub antics, #Alive aptly illuminates the very real struggles of contemporary South Korean millennials.

As we’ve explored in countless Cinema Escapist articles, South Korea has some of the world’s most jaded millennials—who’ve started calling their country “Hell Chosun” in reference to high youth unemployment, economic inequality, toxic work culture, and rigid generational hierarchies. Many young Koreans have decided to “drop out” of life in the face of these socioeconomic challenges, preferring to live alone and communicate online.

With its themes of anomie, urban isolation, and bonding through technology amidst physical isolation, #Alive provides yet another creative rendition of  “Hell Chosun” phenomena. Alongside other films like Exit and Castaway on the Moon, #Aliveoffers a great chance for beleaguered millennials in Korea and beyond to feel empathized with and seen on the silver screen. 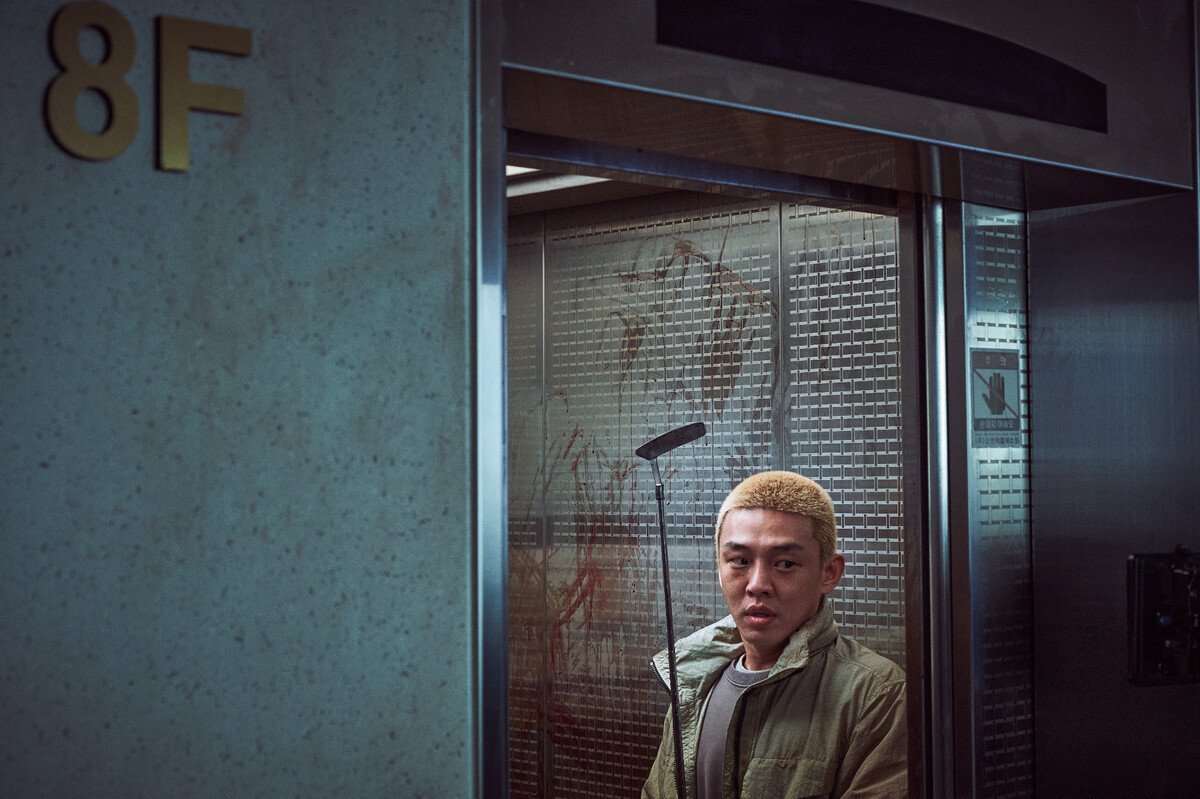 On top of its empathetic and socially relevant depiction of the Korean millennial condition, #Alive presents a narrative that feels unpretentious and accessibly entertaining. The film contains all the fast-moving fight scenes you might expect from a zombie thriller, alongside the occasional requisite jump scares. It maintains an appropriate degree of suspense, tossing twists and obstacles at its protagonists with a pace that leaves audiences hungry but not frustrated.

Amidst this suspense and dynamism, #Alive does stumble a bit. Some of the events that allow Joon-woo and Yoo-bin to bond feel contrived, and a late plot twist and subsequent deus ex machina may also seem like a lazy way to tie up the story. That could disappoint viewers who prize narrative construction.

However, those who prize production design may feel better about the film. Careful viewers will notice certain easter eggs in #Alive. For example, a scroll hanging in Joon-woo’s apartment says 平和平康安寧 in hanja which, roughly translated, gives an ironic pronouncement of “peace, health, and tranquility.” The film also provides peeks into attentively designed online worlds—for instance with Joon-woo’s massively multiplayer online role-playing game, and also through screenshots of Instagram-esque image posts superimposed atop footage of Seoul. This not only whets audiences’ imaginations, but also accentuates #Alive’s fresh, dynamic, and youthful feel.

In the wake of Train to Busan and Kingdom, Korean zombie blockbusters have been catching fire worldwide. #Alive looks to be a more worthy contender in this genre than Train to Busan sequel Peninsula, at least in this reviewer’s opinion. Without the COVID-19 pandemic, #Alive’s thoughtful and entertaining depiction of Hell Chosun, alongside its high-profile cast, would still make it an entertaining Friday night Netflix stream. Alas, COVID-19 is a reality. That means #Alive now also captures the zeitgeist—whether we like it or not. 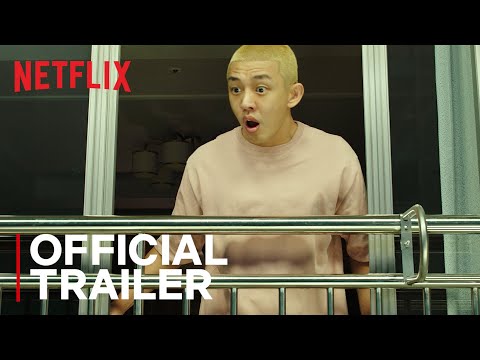