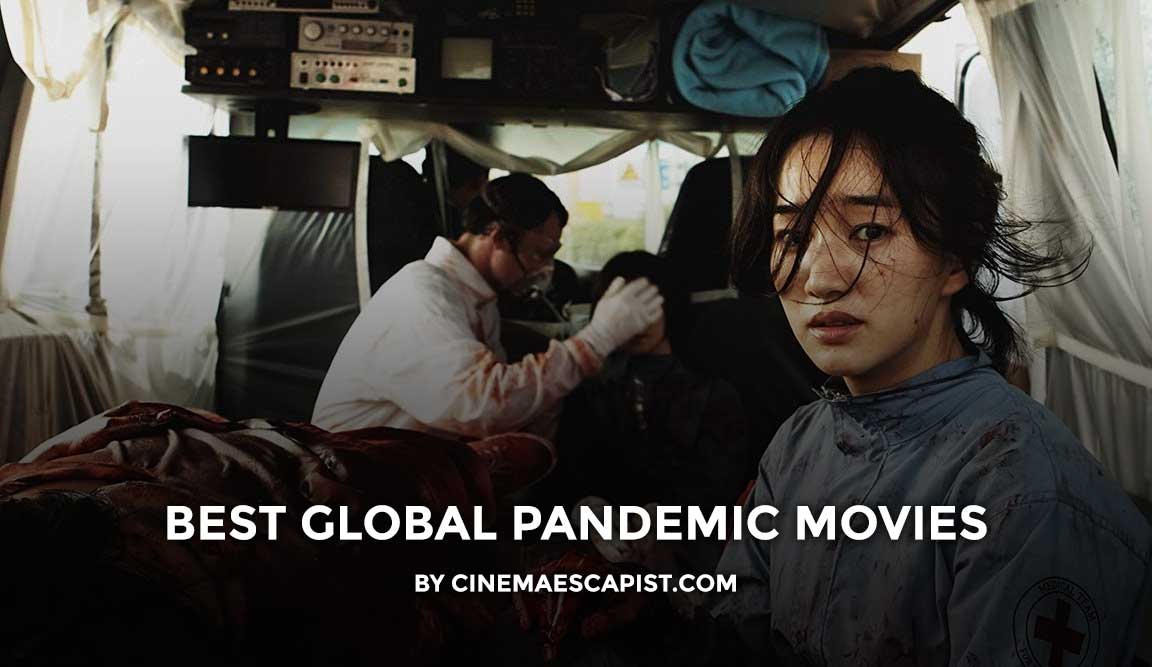 Sure, Hollywood’s made pandemic films like Contagion and Outbreak. Both those films have enjoyed newfound popularity given the COVID-19 coronavirus.

However, amidst border closures and travel bans, we at Cinema Escapist want to take a more international perspective—and share the Best Global Pandemic Movies. In this case, “global” means from outside Hollywood.

In this list of top global pandemic movies, we’ve curated many selections from East Asia, as well as South Asia, Africa, and Europe. These virus movies range from scary to serious to humorous — and include a few top zombie pandemic films (why not, given the US Centers for Disease control has a zombie pandemic guide). We’ve also included both paid and free streaming links for those pandemic movies that are available on services like Tubi, Netflix, and Amazon Prime.

As the world faces COVID-19, we hope that cinema can remain a way to build empathy with societies other than our own, and to “travel” even while locked down at home. 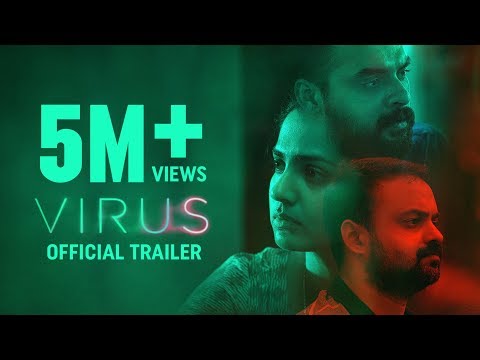 Kicking off our list of best global pandemic movies is India’s Virus. This Malayalam-language (i.e. not Bollywood, Bollywood is Hindi-language) movie dramatizes a real 2018 virus outbreak in the south Indian state of Kerala, and stars numerous big names from South Indian cinema.

Compared with other Indian movies that depict viral outbreaks or zombies, Virus offers a more grounded and realistic take on the matter. Virus was shot in real hospitals and contains dramatized news reports, a far cry from the ridiculous fight scenes and dance numbers that often pervade Indian blockbusters. Thus, while the 2018 viral outbreak Virus dramatizes technically wasn’t a full pandemic, we feel it’s still appropriate to include given it has a pretty similar vibe to most official pandemic movies. 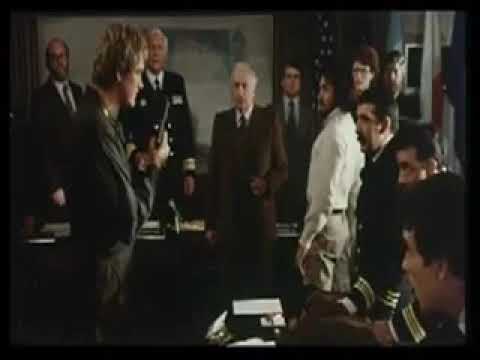 Wait, wasn’t the previous movie on this list called Virus? Well, back in 1980 Japan also made a movie called Virus. One of the most expensive and ambitious Japanese films ever made, 1980’s Virus combines both global pandemic and nuclear apocalypse.

In the film, an American-created virus called MM88 decimates the world’s population. Among the few survivors are residents of an Antarctic research station and the crews of Soviet, American, and British submarines. As these survivors attempt to rebuild society, they discover that an earthquake will activate Soviet and American automatic nuclear launch systems. Determined to stop the nuclear apocalypse, a Japanese doctor must partner with others to shut off the systems.

Those who enjoyed the US show The Last Ship (which combines naval warfare and a pandemic) might especially appreciate Virus for its similar themes.

Stream for free on Tubi | Stream on Amazon Prime 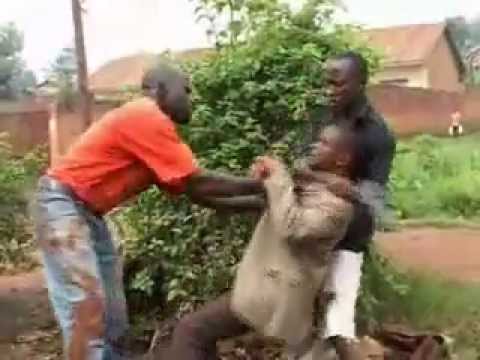 With Tebaatusasula: Ebola, we move this list of pandemic films into more farcical, memetic territory. This particular movie is from Wakaliwood. For those unfamiliar, Wakaliwood is a Ugandan “no budget” action film industry that’s gained accolades across Western media and spawned countless memes, particularly from its viral action-comedy Who Killed Captain Alex?

Tebaatusasula: Ebola supposedly depicts a bunch of “Ebola hunters” who must stamp out the virus in an unnamed African country. However, the full film was lost after a power outage damaged Wakaliwood’s computer. All the world has left is the trailer embedded above, which should give you a taste of the deliciously ridiculous meme-fest that Tebaatusasula: Ebola could’ve been. We’re still including it on this list because, as COVID-19 rages across the world, we could all use a bit of levity.

Adapted from a novel whose author worked for the French government studying the Black Death, Have Mercy on Us All brings some European representation to our list of international pandemic films.

Have Mercy on Us All blends detective supernatural mystery and apocalypse. A police captain starts seeing strange signs appearing on Parisian houses, and remains puzzled at their meaning until the Plague starts wiping people out. Meanwhile, a modern-day town crier seems to have a connection to these mysterious signs and bands with the police captain to combat the outbreak.

While Have Mercy on Us All isn’t as ambitious, gripping, or popular as many of the Asian members of this list, it’ll do if you’re looking for a European take on pandemics.

Pandemic feels much like a Japanese version of Hollywood’s Contagion, though less rigorously realistic and star-studded.

In this 2009 Japanese movie, Japanese doctor Tsuyoshi Matsuoka mistakenly diagnoses a patient with the common cold, only to discover that patient has the first case of a new, deadly virus. Feeling a sense of personal responsibility, Matsuoka teams up with World Health Organization doctor Eiko Kobayashi to stop the virus from further ravaging Japan.

At 2 hours 20 minutes Pandemic can feel a bit long, and some of the acting (particularly when there’s English dialog) could use improvement. However, the film shows a wide variety of locations across Japan, and contains scenes of anarchy and chaos somewhat reminiscent of Hollywood’s Outbreak and Contagion.

As it turns out, Pandemic was at least notable enough to spawn a parody called Saikin-Retto. In short: this is a hilariously bad movie. However, it’s so bad that you might want to check it out.

Saikin-Retto’s ridiculous premise will make you laugh out loud. In the film, a virus with a 100% mortality rate ravages a fictional country ruled by a dictator who looks a lot like Kim Jong-il. For some reason though, when virus victims die, their heads explode and sprout a smiling face that looks like Kim Jong-il’s. Why all the Kim Jong-il themery? We don’t know, but why the hell not?

If you like bad movies, enjoy dark North Korea-themed humor, are under the influence of controlled substances, or simply want something absurd to watch amid coronavirus chaos…give Saikin-Retto some consideration. Regrettably though, it’s not easily available for streaming—perhaps Dear Leader found a way to stop the movie’s spread! 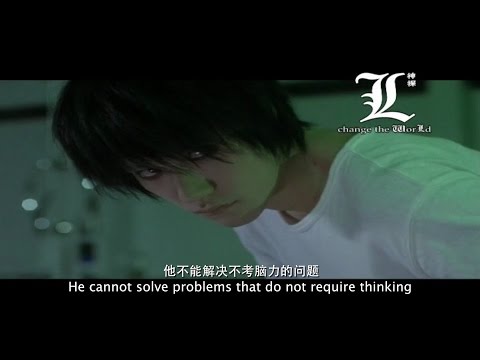 Japan adds yet another pandemic film to our list with L: Change the World. Anime fans may recognize this live-action movie as a member of the popular anime franchise Death Note.

In L: Change the World, a consulting detective named L must stop a virus that has “one hundred times the infection rate of Ebola.” The ambiguity of that phrasing aside, this film contains globetrotting ambitions (with scenes in Thailand and a character from the US FBI) and a decent amount of action. Like the other Japanese films on this list, L: Change the World has acceptable though not standout production quality and storytelling, but should suffice for alleviating social distancing-created boredom. This movie is also available to stream on Netflix in select markets (excluding the US). 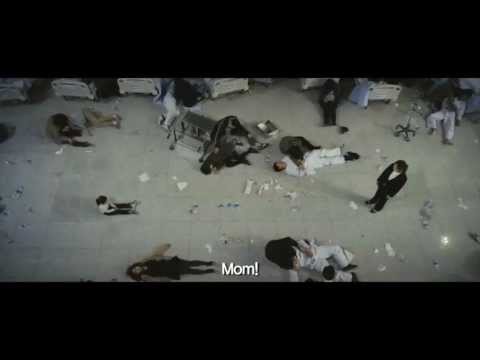 When it came out in 2012, Deranged was South Korea’s first-ever pandemic film. The movie centers on two brothers, Jae-hyuk and Jae-pil, who get caught up in a sudden wave of deaths stemming from an infestation of virus-infused parasitic worms in Seoul.

Jae-hyuk is a former professor and PhD in biochemistry who works as a pharma salesman after losing his life savings, and Jae-pil is a detective. As the outbreak infects their family and spreads across Korea, the two try to find a way to fight back.

Besides the thrill and horror of a viral outbreak, Deranged also has significant corporate and political conspiracy subplots. Amidst reports of politicians and companies profiteering off COVID-19, this might be quite resonant for some viewers. 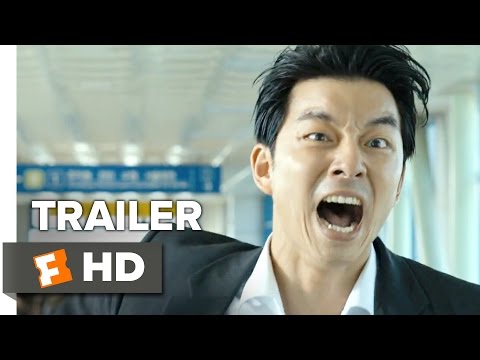 Move aside, World War Z. If you want to see one of the most epic zombie pandemic movies ever made, check out Train to Busan. This 2016 Korean movie is Asia’s most popular zombie movie thus far, and there’s even a sequel slated for 2020.

In Train to Busan, a father takes his daughter on a train trip from South Korea’s capital Seoul to the coastal city of Busan. However, as they embark, a zombie pandemic breaks out. This makes their journey to Busan an action-packed struggle for survival. Train to Busan has much better production quality and screenwriting than all the previous films on this list. It’s a true masterpiece of zombie pandemic film that’s suspenseful, gorgeously shot, filled with social commentary, and emotional.

Learn more about Train to Busan in our full-length review. If you’re into Korean zombie stories, you may also want to check out the Netflix K-drama Kingdom.

Stream for free on Tubi | Stream on Netflix 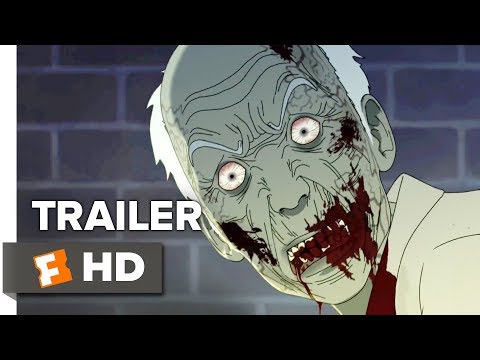 On the surface, Seoul Station might seem similar to Train to Busan; it also begins as a father-daughter story. However, Seoul Station is much darker than its live-action counterpart. The film’s father is a surly man searching for his young adult daughter, who’s run away from home to be a sex worker. Of course, this is all happening during a Korean zombie apocalypse.

At Cinema Escapist, we enjoy gritty, socially conscious films that leverage animation to tell powerful stories. Train to Busan might be more successful in a mainstream sense, but we’d highly recommend Seoul Station to those who want a darker, more unique take on a zombie pandemic that still has the entertainment value of its more well-known sibling. 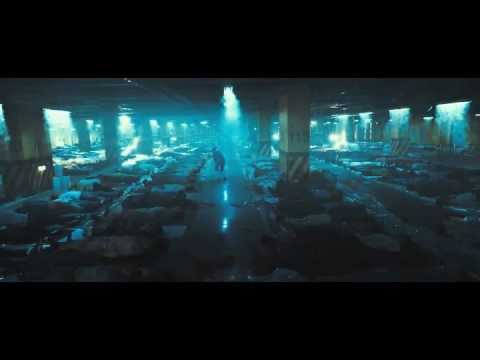 Topping off our list of best global pandemic movies is Flu, a 2013 film also from South Korea. In both film and pandemic-fighting, South Korea has enjoyed relatively great success—and the preponderance of Korean films on this list is evidence of at least the former.

In Flu, a version of the H5N1 influenza virus infects Korea and causes mass panic. A cast of medical professionals and ordinary citizens must contend with the outbreak to save both their loved ones and their country.

While Flu is not as scientifically rigorous as Contagion, it’s our top film on this list because it’s the most fully-fledged and well-made non-zombie pandemic film we’ve seen from outside Hollywood. Flu has solid production quality, compelling drama, and entertaining action scenes—not to mention traditional tropes of a pandemic film like societal disorder, military-enforced quarantines, and national leaders making pronouncements.

This film not only gives you all the entertainment value of Hollywood flicks like Contagion and Outbreak, but also sheds light on unique Korean circumstances like Korean media’s wariness towards the US. Best of all, it’s available for streaming on both Amazon and (in select markets excluding the US) Netflix.

Want more international movies? Check out our list of the Best Korean Movies of 2019, Best African Movies From All 54 African Countries, and more!