Review: “El Father Plays Himself” is an Intimate Glimpse at Family and Addiction

This documentary follows Venezuelan director Jorge Thielen Armand and his struggle to make a film with his alcoholic father in the Amazon jungle.

However, El Father is more than just a “behind-the-scenes” movie. For one thing, it never mentions the name of the film in production. Instead, director Mo Scarpelli focuses on the interpersonal dynamics at play. While watching this film in conjunction with La Fortaleza is a compelling experience, El Father Plays Himself feels like a complete story on its own.

La Fortaleza is based on a true story. The film is about Armand’s father, Roque, a struggling alcoholic who travels into the Amazon jungle to repair an abandoned vacation house. Upon meeting an old friend, Roque begins working at an illegal gold mine and succumbing to the violence of the jungle.

The astonishing thing about La Fortaleza is that Armand insisted upon casting his father in the lead role, despite his father’s lack of acting experience and his continued struggles with alcoholism. This decision is the central conflict at play in El Father Plays Himself.

Another point that goes unmentioned is that Roque is also Scarpelli’s father-in-law. This makes the film deeply personal, and further highlights Scarpelli’s strength as a filmmaker. As a fly on the wall, she captures intimate moments and never looks away. In this regard, El Father Plays Himself further bends fact and fiction; La Fortaleza is only a foil for the true narrative: Armand’s journey towards reconciliation with his father.

Yet, this journey is anything but smooth. In an interview with Cinema Escapist, Armand provided further insight into the filmmaking process.

“It was a very rocky, very complicated process,” said Armand. “On a personal level, writing that story was a challenge. It involved talking about things that were very close to my heart. [On] an emotional level, my father had to give an immense amount of trust to allow his son to tell his version of the story. He was worried that he would see the real way that I see him.”

As Roque’s daughter-in-law, Scarpelli must’ve garnered this same level of trust to create El Father Plays Himself. The documentary captures the challenges in production with unflinching dedication. In the first days of shooting, Roque arrives drunk on set and is verbally abusive to his son and the crew. While filming, Roque is erratic, volatile, and out of control. Armand desperately tries to keep things on track, as his producers urge him to rethink the casting choice.

“It’s not just about telling the story, it’s the experience of making the movie,” said Armand. “I wanted to make this film for my father, with my father, to spend that time with him creating something together that is beautiful, despite our differences. If I can go back to the Amazon jungle with my dad to relive some old memories, have a good laugh, and work out some internal demons, it’s worth it.”

Scarpelli isn’t heavy-handed in her direction, but El Father Plays Himself definitely leads the viewer to the conclusion that Armand is prioritizing his relationship with his father over the film. While filming, Armand argues with his crew that they should let his father drink to add to the realism of the scene, despite his father’s ongoing struggle with alcoholism. As Roque becomes increasingly hostile, Armand is constantly in a state of de-escalation. At one point, the crew has to physically restrain Roque, as he screams abuses and threatens them with physical violence.

El Father Plays Himself presents the making of La Fortaleza like some sort of collective delusion. The crew allow Armand to use filmmaking as a vehicle for reconnecting with his father, a broken man on the verge of losing control.

As La Fortaleza was shot on location in the Venezuelan jungles, this interpersonal turmoil is underscored by turmoil on the national level. Along with the personal strife between Roque and Armand, the sociopolitical and economic crisis in Venezuela provided additional challenges. For the past decade, rapidly increasing hyperinflation has crippled the economy, leading to power shortages, widespread malnutrition, and lack of sustainable healthcare. Nearly five million Venezuelans have left the country in recent years, a migration crisis of unprecedented scale in the region. Politically, the country remains divided, as both Nicolás Maduro and opposition leader Juan Guaidó continue to claim the presidency.

“It was super risky,” said Armand. “It was risky being in the jungle, in Venezuela. Everything was falling apart politically. The electricity was unreliable. Filming was a risk, both personally and politically. Many producers, development programs, and financiers turned us down.”

In El Father Plays Himself, Scarpelli isn’t explicit about the situation in Venezuela, but the sociopolitical context hangs heavy over the production. We see billboards with Maduro’s face on them, while members of the crew talk about “the dictator” and whether or not he will leave peacefully. Deep in the Amazon, they discuss how it is okay to film at the mine because there is not as much Colombian military presence as before. While El Father focuses on the relationship between Armand and his father, the situation in Venezuela adds to the sense of unrest.

Two Halves of a Whole

Ultimately, El Father Plays Himself is more than just a “behind-the-scenes” documentary. In some ways, El Father is a more compelling narrative than La Fortaleza. However, it is perhaps best to view both films as two halves of the same whole. Both films are about a father reconciling his relationship with his son, and both blend fiction and reality.

In one shot, after a tumultuous day of filming, we see Armand and his father sitting and talking about sunsets. One gets the sense that this is why Armand wanted to make La Fortaleza—to provide catharsis and healing for their relationship, by giving his father the chance to play himself. 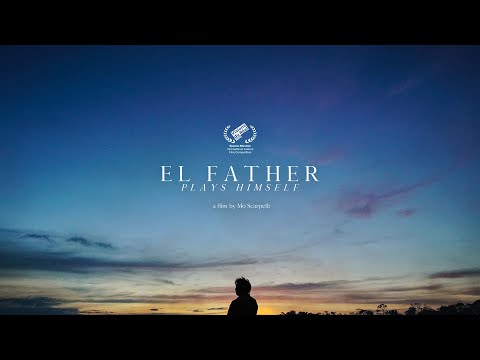 Correction: On November 16, 2020, we amended an inaccurate reference to the ownership of the gold mine featured in La Fortaleza.