Taiwanese director Zero Chou's "Wrath of Desire" is a stylistically distinctive film about LGBTQ characters caught between desire and love.

In the hands of a lesser director, Wrath of Desire (愛・殺) would not be the sum of its parts. In fact, the film would be something of a train wreck. However, in Zero Chou’s capable hands, Wrath of Desire is not only a stylistically distinctive film, but one which is thought-provoking. The film is one of six about LGBTQ-related issues by Chou, which she plans to shoot in East Asian cities. Chou is one of Taiwan’s best-known contemporary queer film directors.

At its heart, Wrath of Desire is about a love triangle. Phoenix Huang, an out lesbian, falls for prosecutor Jade Yeh after a home invasion case in which she kills a burglar. Phoenix’s father, a politician, sent the burglar in order to silence her for reasons that never are made fully clear. Though Jade seems to reciprocate Phoenix’s feelings, Jade is in denial of her attraction to women, as a devout Christian and the daughter of a pastor. After Huang is sent to jail on manslaughter charges, she writes hundreds of letters to Jade from prison.

That Phoenix is the daughter of a presidential candidate and Jade is the daughter of a pastor seems to be a deliberate choice. This is to suggest that the two women have had their life experiences circumscribed by the patriarchal order they live in. This is presented somewhat cartoonishly and, in fact, is something of a weak point for the film. Phoenix, for example, is depicted as having action movie star-like fighting and driving skills when fending off attackers sent by her father. Likewise, Jade’s Christianity is presented as something of a stereotype. Jade is initially presented as a naive bleeding heart who is, nonetheless, terrified of damnation.

The film complicates things with the introduction of a third character, Meng Yeh, an androgynous young man that Jade meets during a case. Meng Yeh and Jade develop a sibling-like relationship. But the two eventually end up marrying each other despite their lack of any sexual relationship, the former being attracted to men and the latter to women.

In part, this is to avoid Phoenix, who is soon to be released from jail. But the two are primarily driven to marry in pursuit of a stable family life and social acceptance. After an initially confrontational relationship with Phoenix, the three settle into a close friendship. There proves more to this relationship than it seems, however, than just a love triangle.

Wrath of Desire is not the only recent instance of queer Taiwanese cinema that touches upon non-binary gender identity and unexpected transformations in gay or lesbian relationships. Alifu the Prince/ss and Baobao are other recent films with similar subject matter. However, Wrath of Desire is far more successful than other films in its poetic and philosophical lens on the matter.

Part of this dilemma stems from the lack of social acceptance of gay or lesbian relationships and non-binary identities. At the same time, the dilemma faced by the protagonists of Wrath of Desire seems to be that of channeling passionate, lustful desire into some sort of structure, without becoming consumed by desire. Perhaps the ultimate tragedy which befalls the characters is that it never seems to occur to them that there are any models for a family outside of the heteropatriarchal, monogamous one.

The film is well-acted to deconstruct expectations, with Jade and Meng Yeh first presented as two-dimensional characters that later on prove to have unexpected dimensions. The first third of Wrath of Desire, in which Phoenix is in jail, proves a bit disconnected from the other sections of the film, and seems somewhat soap opera-like. Nevertheless, Wrath of Desire is well-shot, with stylized metaphoric scenes in a desert interspersed with the realist narrative of the film. Transitions are framed by poetic quotations from Phoenix’s letters to Jade.

Wrath of Desire is far from a perfect film, and can be uneven in many places, but it is an ambitious one—and it is a film well rewarded for its ambition. 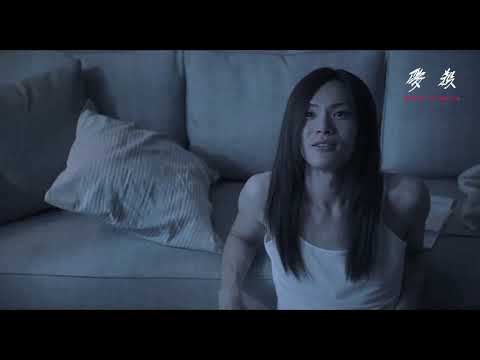