Japanese movie “Office Royale” has plenty of action, but pulls no progressive punches despite its female-dominated storyline.

In Japan, there’s a dedicated term for young female office workers who perform secretarial and clerical functions—Office Ladies, or OLs for short. OLs occupy a significant yet precarious position in Japan’s patriarchal corporate environment. They usually don’t have much potential for advancement, execute menial tasks like serving tea to male colleagues, and are expected to get married after a few years before leaving the workforce. It’s no surprise that Japan ranks poorly in gender equality and often makes global headlines for workplace sexism.

Despite government efforts to level the playing field, disempowered Office Ladies are still quite common in Japanese companies—and remain a popular trope in Japanese entertainment. 2020 action movie Office Royale (also known as Jigoku-no-hanazono) is one example of this phenomenon. The film pits Office Ladies against each other in all-out corporate slugfests; it ostensibly champions female empowerment, but in reality reinforces patriarchal expectations. Office Royale might please action genre fans, but will certainly disappoint feminists.

The film takes place in a large Japanese company where, for some reason, Office Ladies are split into several warring factions who regularly engage in brutal physical combat. Its protagonist is an innocent-looking young woman named Naoko, who doesn’t belong to any of those factions and aspires for a “normal” life—to gossip about dramas, and get married.

One day, a steely new employee named Ran enters the picture. On her first day of work, Ran single-handedly defeats all the warring factions, and becomes overall leader of the company’s Office Ladies as a result. Despite their seemingly opposite dispositions, Naoko and Ran become fast friends. However, when the Office Lady cohort of a rival company kidnaps Naoko in order to challenge Ran’s dominance, the two see their relationship tested in unexpected ways.

From a purely action movie perspective, Office Royale is adequate. Most of the movie is spent on fight scenes, and you’ll never feel bored as a result. The violence also sprawls across a variety of banal corporate settings—well-manicured rooftop gardens, office hallways, conference halls—to create an amusing sense of juxtaposition. Fight scenes feel well-choreographed and, just as you’re beginning to get bored at how often certain characters win, plot twists introduce new momentum. There’s nothing groundbreaking about the action—just your regular fistfights, kicks, and occasional weaponry—but it’s competent enough.

Office Royale is more interesting to examine for its gender politics though. Despite passing the Bechdel test with flying colors—the vast majority of its characters are (literally) strong women, and straight male characters only play minor roles—the movie is actually quite regressive. Despite having exceptional combat skills, all the women somehow remain completely submissive when interacting with men in the office, dutifully making tea and filing paperwork. In fact, the film implies that an Office Lady’s fighting abilities somehow increase when she gets better at performing menial office tasks. Furthermore, the movie repeatedly frames the warring Office Ladies’ toughness as a negative. As one damning example, a critical scene argues that attaching yourself to a good boyfriend is a bigger “win” than defeating even the strongest opponent in hand-to-hand-combat.

For a movie that international festivals have billed as a “manifesto for contemporary girl power,” this is a massive letdown. Films like Office Royale won’t be influencing Japan to rethink its gender dynamics, and that seems like a missed opportunity given how hard Japan’s government is supposed to be trying at making workplaces friendlier to women. Alas, it seems like deep-rooted, systemic factors will keep Japan’s offices—and mainstream action movies—mired in a cult of domesticity for the foreseeable future. 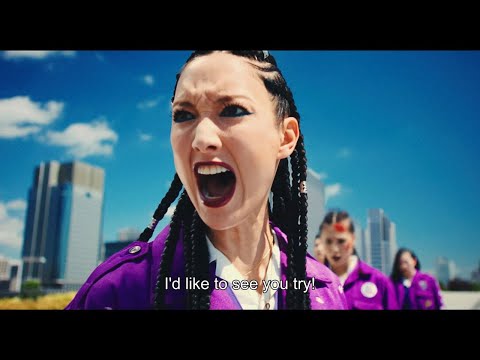 Review: What "A Silent Voice" Can Tell Us About Ableism and Tolerance in Japan

Review: What "A Silent Voice" Can Tell Us About Ableism and Tolerance in Japan