The top Thai movies from 2018, ranging from romance and comedies to documentaries and thrillers. 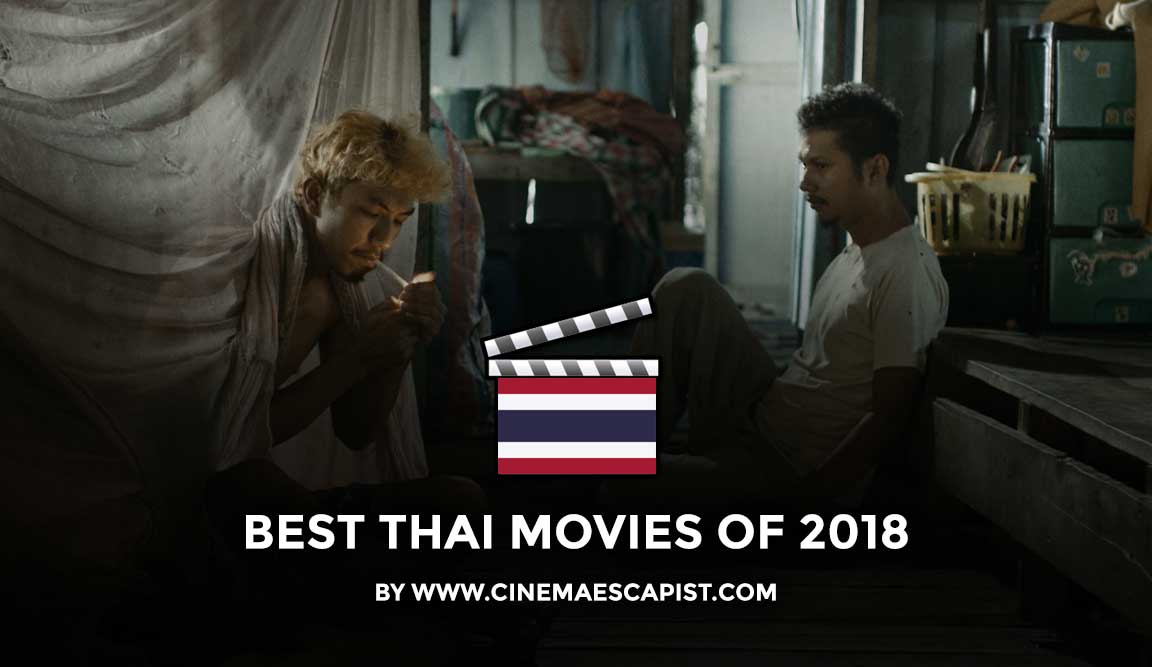 2018 was a diverse year for Thai films. From rom-coms to documentaries, many titles made their way onto the world stage outside Thailand. In 2018, Thai movies not only found themselves succeeding in theaters across Asia, but also captured audiences at film festivals in Venice and Cannes.

Cinema Escapist takes a look at some of the Best Thai movies of 2018—whether you’re a newcomer to Thai movies, or a long-time fan of Thai cinema, we’ve got you covered. 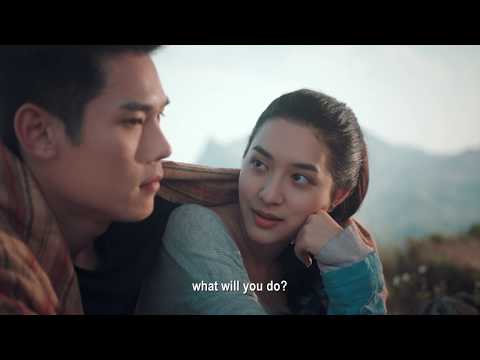 Have you ever wanted to live a day in someone else’s life? What if you did that every day? This is the premise of 7 Days.

The film’s protagonist Tan (Kan Kantathavorn), a master chef who is on the verge of proposing to his girlfriend Meen (Nittha Jirayungyurn), suddenly wakes up as a completely different person—but retains all his past memories. Tan must then convince Meen that he’s still himself, despite the different appearances he has every day

In many ways, 7 Days is reminiscent of the South Korean film The Beauty Inside, which is one of the best Korean movies on Netflix. 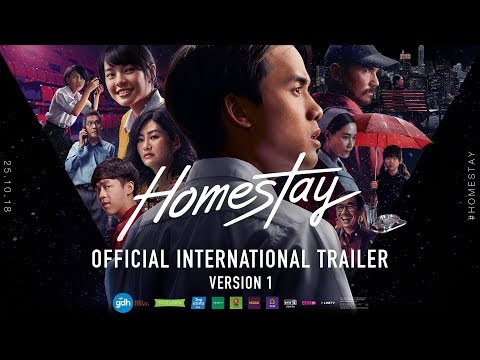 Everyone’s only given one life on this world—unless you become a wandering spirit. In Homestay, a mysterious “Guardian” gives a wandering spirit a second shot at life by putting him in the body of Min—a teenager who recently committed suicide. There’s a catch: the spirit must discover the reason behind Min’s suicide, or die permanently. By exploring Min’s troubled family life, crush (played by BNK48’s captain, Cherprang Areekul), and best friends, the spirit aims to unravel this mystery.

Homestay was based on the Japanese novel Colorful, but we can’t help but think that the Chinese film Beautiful Accident may have also inspired the story. While other critics gave the film mixed reviews, we believe that Homestay is a good reminder for us to value our time on earth and treasure those around us.

5. Brother of the Year 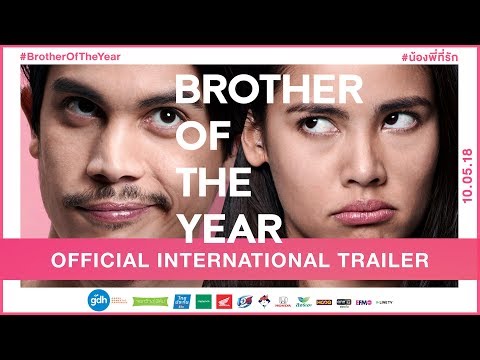 Those of us with siblings know that the relationship with our brothers and sisters can be trying at times, but ultimately we love each other unconditionally. The same team that brought us Bad Genius explores this love-hate relationship in Brother of the Year, starring Sunny Suwanmethanont as a Chut, a playboy advertising exec.

Chut’s life is turned upside down when his sister Jane (Urassaya Sperbund) moves in with him and starts dating Moji (Nichkhun from 2PM)—one of Chut’s clients. The ensuing conflict of personalities between the immature, “won’t ever grow up” Chut and the straight-edge Jane makes for an entertaining movie.

Brother of the Year is a romantic comedy in its own way—just not the girlfriend-boyfriend kind. Director Vithaya Thongyuyong artfully blends slapstick humor with melodrama, and his skill pays off: in just one week, Brother of the Year managed to surpass Bad Genius’ all-time box office success. 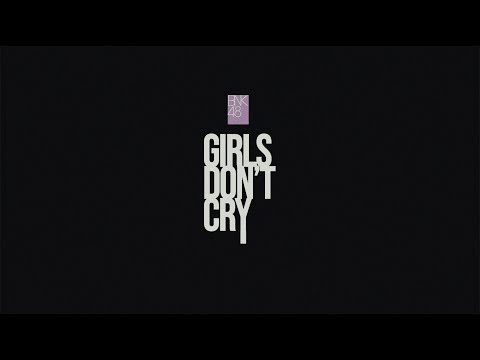 The Thai girl pop idol group BNK48—inspired by Japan’s AKB48—has captured the hearts of many in Thailand. However, the life of a pop star is not all glamor and excitement—plenty of sweat and tears go into their public image. Director Nawapol Thamrongrattanarit stitches together interviews with BNK48 members and backstage footage to shine some light into the daily lives of Thailand’s favorite singers in BNK48: Girls Don’t Cry.

As it turns out, simply being admitted to the girl group is not enough—only the 16 members with the most social media followers actually get to be a part of the core performing group, driving the girls to compete against each other in a race to the top.

BNK48: Girls Don’t Cry has enjoyed a successful run on the festival circuit, making appearances in Hong Kong, Kaohsiung, and even Rotterdam.

App War comes to cinemas as the Thai government tries to stimulate a startup ecosystem to help the kingdom move up the economic value chain. Bomb (Nat Kitcharit) and June (Warisara Yu) are the founders of two startups building similar apps, both competing to win funding in an upcoming startup competition. Patchanan “Orn BNK48” Jiahuracgite from the popular girl group BNK48 also makes an appearance as an intern in one of the startups, alongside a host of models and celebrities from TV advertisements.

A number of online publications have praised the film for inspiring young entrepreneurs. However, at its heart, the film is a rom-com—so regardless of your future plans to create the next tech unicorn, App War will be an entertaining, light-hearted movie to watch.

The runner-up in our list of the top Thai movies of 2018 is Ten Years Thailand, a rather trippy take on challenges facing modern Thai society. Part of a successful franchise that started in Hong Kong and has also made its way to Japan and Taiwan, Ten Years Thailand is an anthology of four short films from acclaimed Thai directors.

The anthology’s shorts touch on topics ranging from censorship to political conflict, making it particularly relevant as Thailand prepares for its first elections since a 2014 military coup overthrew the democratically-elected government.

Unlike its peers elsewhere in Asia, Ten Years Thailand takes a less direct approach in its exploration of social issues. This is perhaps to avoid drawing the ire of the Kingdom’s censors, ensuring the film can have a domestic theatrical release. While foreign audiences may have to work harder to grasp the commentary lying under psychedelic light sequences, the film did manage to score a screening at the Cannes Film Festival in 2018. 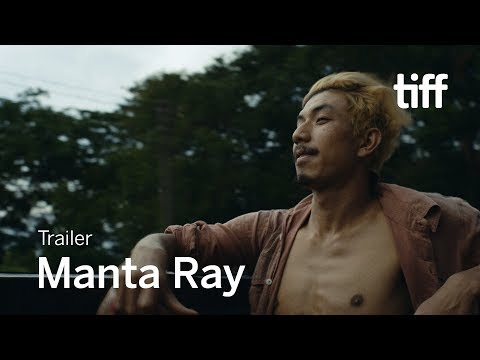 Topping our list of the best Thai movies from 2018 is Manta Ray, a story of human compassion and identity. A fisherman picks up a wounded Rohingya refugee, nursing him back to health. The two slowly develop a deeper bond, as they partake in mundane activities together like playing with manta rays and riding motorcycles. However, the fisherman is also involved in some less savory business, which ultimately causes him to mysteriously disappear.

Phuttiphong Aroonpheng’s directorial debut unabashedly addresses the Rohingya conflict in neighboring Myanmar; Aroonpheng opens the film with a dedication to the Rohingya people. The film is particularly timely given the ongoing international concerns over the refugee crisis that has accompanied military crackdowns in the Rakhine region of Myanmar.

Manta Ray had a number of successes along the festival circuit, winning awards at the Venice Film Festival and the Cairo International Film Festival. The Chinese video-streaming service Youku worked alongside French and Thai producers to create Manta Ray, a surprising fact given the Chinese governments support for the Burmese government.