Based on the real experience of a friend of Samadi’s, 180 Degree Rule follows school teacher Sara (Sahar Dolatshahi) and her husband Hamed (Pejman Jamshidi), as they argue over whether Sara and their daughter Raha should attend a family wedding outside of Tehran. Recurrent begging and negotiating has no effect upon Hamed. Under pressure from her family to attend, Sara defies him and attends secretly anyways.

At the wedding, an unexpected event occurs. Sara’s response to the situation leads her to despair, and plunges her family into crisis. As Sara’s minor act of rebellion spirals out of control, she retreats into herself and barely speaks for the film’s latter half.

180 Degree Rule is coated in a sense of dread and unease from its very first scene—which depicts milk boiling over on the stove in a metaphorically prescient visual. The film goes beyond a straightforward morality tale, and provides a revealing glimpse into the rules and customs of Iranian women, and the personal challenges they face because of tradition.

This heart-wrenching drama premiered in September at the Toronto International Film Festival, followed by a screening at the BFI London Film Festival last week. Samadi’s latest collaboration with Iranian director Ali Asgari, the short film Witness (2020), also had its premiere at the London Film Festival.

In this interview, Farnoosh Samadi reflects on 180 Degree Rule, and shares with Cinema Escapist her inspiration behind the film and future plans for a trilogy.

How did the story for 180 Degree Rule come about? What inspired you to write the film—were there real life experiences that you drew from?

The main idea for the plot is based on a true story that happened to a friend of mine some years ago. While writing the screenplay, I tried to change some parts to make it more cinematic. When I decided to make my first feature film, I thought of making a trilogy about lies and secrets, and their consequences in people’s lives. This is the main idea of my short films too, and it’s such an important concept to me. The story of 180 Degree Rule was long with me and I thought it [would be] the perfect first episode of the trilogy.

In planning your trilogy of films about secrets and lies, what drew you to tell this particular story as your debut feature?

I was organizing my stories recently and was astonished to discover that all my screenplays, and the long and short stories that I’ve ever written, are all based on lies and secrets. All the main characters of these stories have something to hide. What unconsciously made me follow this subject is the malfunctioning culture of my country today. I think that [people in] Iranian society need to hide away many of their feelings due to the strict and dominant governing regulations. The people, women especially, have no other choice but to hide many of their stories and ideas, even their true selves.

Much of what happens in the film centers on issues that are present in Iran today (e.g. women’s rights, gender inequality, abortion, and domestic violence). To what extent did you want to highlight these issues, and why was it important that you did so?

I wasn’t planning to highlight all the issues you just mentioned, but knowing that 180 Degree Rule is a social drama, and [since] such important matters are [also] my own personal engagements, it seems they have found a way to appear in my work. I was brought up in this society and have lived among these people and these cultural malfunctions. The story of 180 Degree Rule is a reflection of me and the people I know.

As I watched Sara respond to an unfathomable event [in the film], I realized many different outcomes for 180 Degree Rule were possible. Why did you have Sara make this particular choice?

I believe that humans change dramatically in certain situations. Our reactions and decisions are based upon the nature of the incidents. Sara is under a drastic shock and she feels guilty and suffers greatly, and that’s how she ends up undertaking the sequence of unfortunate events [depicted in the film]. I feel as if Sara is trying to ignore and prevent acceptance by doing what she did.

Sahar Dolatshahi is amazing in the film—she plays an incredibly complex character that, for the latter half of the film, barely says a word. What was it like working with her and creating the character of Sara?

Sahar and I talked about the character of Sara a lot, and we both agreed that she is a strong woman in a male dominant world and a society that is fighting between tradition and modernism. On one hand, a woman has rights such as working outside, driving, [and more].  On the other, she needs her husband’s permission for a short trip.

Sahar Dolatshahi is one of the five most professional actors in Iran and I am honored to have her in my film as the lead. Sahar played Sara as if she was reading my mind and it was amazing. Unfortunately, due to time and financial problems, I did not have the chance to rehearse with the cast and I just used my experiences from making short films. I always tried to choose my cast based on what I feel is the closest image to my film’s characters. For 180 Degree Rule, I did the same, and I was really lucky to cast Sara’s parents—who are both very fine and experienced actors too. I had to keep Sahar in isolation for most of the time as she needed to act her sad and happy moods in one location; therefore, she needed to focus and alone time was vital.

180 Degree Rule tackles the subject of a woman’s place in a patriarchal society. How do you ensure that you are able to represent women’s struggles accurately and empathetically? Were there any specific artistic decisions you made?

The most important thing is not to get daunted, and make things happen if you have faith in them. There’s no doubt if women keep on supporting each other and stand by one another, then everything is possible. Maybe one of the best solutions is to elaborate on women’s social issues and struggles while telling their stories in our productions. In my films, I prefer to attract people’s attention, without spotlighting the issue itself.

This is your debut feature film. How different was your experience on 180 Degree Rule than your previous work on short films? Were there any challenges that you faced?

Being a director is difficult anywhere in the world, but being a female director, especially in Iran, is ten times harder. Now imagine if the production is your first feature film too! Even though I have a very strict working face, on various occasions, I felt I was not taken seriously just because I was a woman.

Although, I have to admit, that most of my colleagues were professionals, so it seems it’s a cultural issue. The violence towards women in some people seems to be within their bones and blood. It is way harder to change their mindsets, but it’s possible.

On the other hand, making a film in a country like Iran where the economy suffers frequent turbulence, influenced all procedures of the production, such as sanctions and the soaring rate of the dollar and oil.

What are your biggest influences or inspirations as a filmmaker?

Abbas Kiarostami is one of my favorite directors of all time. He not only had a great impact on my filmmaking career, but [also] on my ideology and way of life too.

Do you have any upcoming projects planned?

Right now, I’m going through the next episode of this trilogy. This episode is a psychodrama with a male leading role who is keeping a secret, which has enormous consequences in his life and [for] everyone around him. The main plot is already done, and I am preparing to start the screenplay. 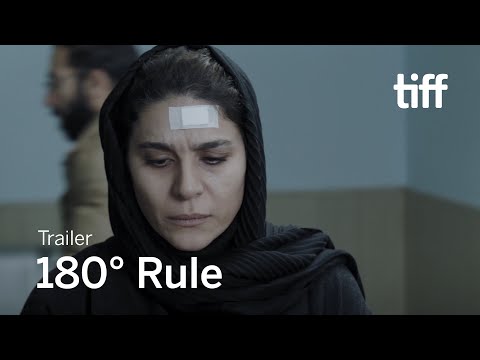