After a long wait due to COVID-19, acclaimed Chinese animation house Beijing Enlight Pictures brings us Jiang Ziya, Legend of Deification. A follow up to 2019’s record-breaking Ne Zha, Jiang Ziya is darker and grittier, but no less a visual spectacle that packs a deeply moving and contemplative message. Like Ne Zha, Jiang Ziya is in ancient Chinese mythology and packed with mesmerizing visuals.

Both films are loosely based on the hundred-chapter Chinese classic Investiture of the Gods, making their shared cinematic universe an accessible yet rich exploration of Chinese culture. Like Ne Zha, Jiang Ziya will win over audiences with touching messages that emphasize individuality—that destiny is in the hands of each individual, even if their paths are preordained by Heaven itself. In both films, the notion of individuality presented is uniquely East Asian, where the individual is viewed as “a vitally integrated element within a larger familial, social, political, and cosmic whole”.  In both films, the protagonist learns a truth about the world, and chooses to defy their destinies and become a rebellious hero.

Jiang Ziya, the first mortal to climb the Stairway of Heaven

The film opens with an epic war that engulfs all three realms: that of mortals, gods, and demons. The high dieties of Jingxu Hall send Jiang Ziya, the first mortal to climb the Stairway of Heaven, to defeat the Nine Tailed Fox—a demon whose extermination is believed to restore peace and harmony to the world. Jiang Ziya successfully captures the demon, and is expected to become leader of the gods so long as he can fulfill one final test—slay the devil once and for all.

Midway through, the Nine Tailed Fox reveals to Jiang Ziya a mortal girl bound within her, claiming that her execution will end the girl’s life as well. She tantalizes him further, saying that he knows nothing of the truth of the war, and the role played by the gods themselves in it. Rather than killing the Nine Tailed Fox, Jiang Ziya releases her seal, saving both the devil and the girl’s life. For his defiance, higher deities banish him from Jingxu Hall, strip him of his immortal powers, and tell him that he must “overcome his obsession with the Devil’s illusion” in order to regain his status.

The formal part of the story begins 10 years later, with a now middle-aged Jiang Ziya back on Earth, still refusing to believe that the girl he saw in the Nine Tailed Fox was merely an illusion. His doubts are confirmed when he meets a young girl named Xiao Jiu with her exact appearance, in search of a mysterious place called Mount Youdu. So begins his journey for the truth—both regarding the nature of the war he helped to wage, and his purpose in its aftermath.

An individual’s quest for self-discovery

As Jiang Ziya embarks on a journey to Mount Youdu with Xiao Jiu, they come across many levelled and abandoned cities—all casualties of the great war. The so-called “resentful souls”— nameless soldiers whose bodies were lost in battle and couldn’t “return home”—haunt these desolate lands. Such images sow further seeds of doubt in Jiang Ziya’s mind regarding his past actions, and his search for the truth becomes invariably tied to a more personal quest to reconcile his own moral boundaries.

Jiang Ziya’s defiance of Heaven not only highlights the importance of individual agency, but also paints the gods as imperfect creatures whose moral judgement can be questioned. In a pivotal scene of the film, Jiang Ziya stands before the Revered Master of Jingxu Hall and asks, “Why did you say that what I saw was an illusion?” The Master nonchalantly responds, “I ordered you to crush the Nine Tailed Fox not to crush evil, but to crush kindness…Kindness shown only to one person is a sin. There must come a time when a god must sacrifice one to save all.”

Stunned by this answer, Jiang Ziya responds, “To me, one life and all beings are no different.” These moments show Jiang Ziya coming into his own, discovering his own moral judgement as separate from the deities that tower above him.

Jiang Ziya’s assertion of his individuality in the face of higher authorities differs from the kind depicted in Western cinema, where the individual is regarded as totally separate and independent from authority. Rather, it is Jiang Ziya’s very sense of social responsibility that compels him to oppose the gods, a form of individual empowerment predicated upon a compassion for all. That he must pursue his individual journey of empowerment in the face of higher authorities makes Jiang Ziya’s efforts all the more courageous.

[Read: Why the Critically Acclaimed “Have a Nice Day” Is Chinese Animation With Western Characteristics]

Legend of Deification: what defines a true “god”?

The “one life” that Jiang Ziya becomes bent on saving is Xiao Jiu’s—the girl whose life is bound to that of the Nine Tailed Fox. Despite that her curse with the devil preordains a tragic fate (for the gods themselves have cast a bounty on her head), her will to survive against all odds projects a message that each life is sacred.

As Jiang Ziya and Xiao Jiu journey together, the plot ahead of them thickens in an epic, fantastical fashion. Though at times the mythology can be a little difficult to follow, the messaging of the film comes through clearly: that the line between good and evil is not as clear as the distinction between gods and demons, and that an ordinary mortal’s conviction, when rooted in kindness, can forge a path brighter than those of gods.

Both Ne Zha and Jiang Ziya are state-of-the-art animations steeped in Chinese values, tradition, and mythology, with emotional punches that rival those of Pixar. One can only wonder and hope that these films are just the tip of the iceberg for Chinese cinema. 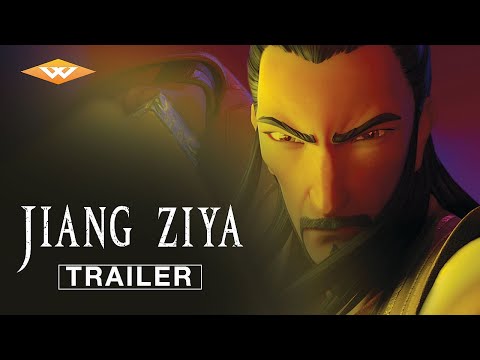