Director Yung Chang's documentary "Wuhan Wuhan" eschews high drama to focus on the everyday lives of those who lived through the world's first major coronavirus outbreak.

Wuhan Wuhan, directed by Yung Chang, is a humanistic look at everyday residents and medical workers in Wuhan at the start of the COVID-19 pandemic last year. The documentary begins shortly after the peak of cases in the city, and follows residents of Wuhan until the end of the city’s lockdown in April 2020.

A diversity of perspectives abound in Wuhan Wuhan. The film starts with a young couple, one of whom is pregnant and the other of whom volunteers as a driver for medical staff. This couple bookends the narrative of the film, with the woman giving birth at its end.

Other subjects in the documentary include a mother and child residing in the “Fangcang Hospital” set up to treat COVID-19 patients, as well medical workers—many of whom volunteered to come from other parts of China. In a particular highlight, the movie documents how COVID-19 patients in quarantine dealt with negative emotions, stress, and worries with the assistance of mental health professionals.

Wuhan Wuhan eschews high drama, instead focusing on the everyday lives of Wuhan residents as they deal with the new reality of life under lockdown, and try to contribute to the fight against the pandemic in their modest ways. There are few emotional peaks in the film, or even moments of tension. Instead, the camera registers a level, calm perspective.

Especially as it drags on, the pandemic becomes filtered into everyday life for the film’s subjects. Likewise, it depicts the actions of doctors treating patients as forms of ordinary heroism. For example, it depicts doctors sorting through donations of mixed-quality PPE—and reacting with placidity, accepting what happens. Patients are shown commenting on how they don’t know what the doctors treating them look like, seeing as they are covered by surgical gowns, wear medical masks, and glasses. This leads doctors to eventually begin taking photos of themselves to attach their medical gowns.

Capturing such day-to-day interactions between patients and doctors in Wuhan is one of the accomplishments of the movie.  This notably differs from official narratives, which have sometimes touted the heroism of doctors and other medical workers in a highly dramatic register.

By preventing any single perspective from dominating the narrative, Wuhan Wuhan paints a picture of collective hope as opposed to individual martyrdom. In this sense, the film is relatively apolitical, and avoids pointing fingers for mismanagement at the start of the pandemic. The movie briefly shows a memorial to Li Wen-liang outside of a hospital, but that is about as political as it gets.

Indeed, Wuhan Wuhan does not capture many moments of true emotional vulnerability from its subjects, nor does it often aim to delve particularly deep below the surface. And it does not need to; in knitting together a large number of voices, the documentary manages to capture something about the sentiment of the city as a whole. It does this while maintaining a steady focus on its subjects; the film notably does not use too many landscape shots or shots of the city to provide grounding for its narrative.

This is made possible through highly effective camerawork from the film’s team of videographers. Ambient and atmospheric music from Hualun is highly effective in establishing the documentary’s tone, framing the calm and accepting resonance of the film. The film’s coloration is primarily warm, turning the at times harsh and sterile blues of medical gowns and quarantine centers into something less remote from the human touch.

More generally,  the movie tones down Wuhan’s sense of isolation during the lockdown. During this time, it was not always clear whether the rest of the world intended to abandon Wuhan to its fate, as prominently documented in Wuhan writer Fang Fang’s Wuhan Diary. Instead the focus is always placed on aid coming to Wuhan from abroad.

Either way, Wuhan Wuhan is an accomplishment, as a well-executed film that hits all of the notes it needs to. As the rest of the world continues to struggle with the COVID-19 pandemic, the movie serves as a reminder of how the coronavirus was brought under control where it began. 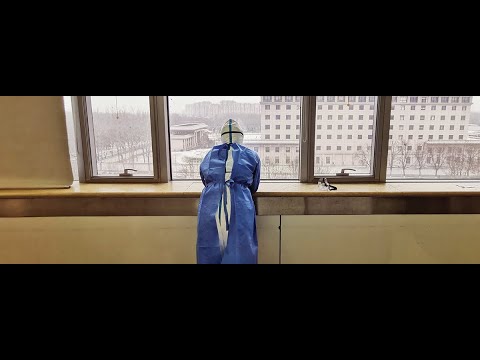 Review: "All U Need is Love" is an Insipid and Vaguely Authoritarian Hong Kong COVID Comedy

Review: "All U Need is Love" is an Insipid and Vaguely Authoritarian Hong Kong COVID Comedy