Review: Netflix’s “The Glory” Is a Revenge K-Drama Highlighting the Pains of School Violence

Starring Song Hye-kyo, "The Glory" is a solid revenge thriller depicting the agony and torment of school bullying victims.

Netflix capped off its 2022 K-drama slate with The Glory, a highly anticipated series from renowned screenwriter Kim Eun-sook. The series sees Kim reunite with famed actress Song Hye-kyo, who also starred in Kim’s 2016 hit Descendants of the Sun.

In The Glory, Song plays Moon Dong-eun, a young aspiring architect who becomes the victim of school bullying. As a result, Moon drops out of high school and plans to take revenge upon her tormentors, no matter what it takes. The drama’s first eight episodes are now available on Netflix, with a second part expected around March 2023.

At the heart of The Glory is the bullying that Dong-eun experiences. Bullies use a variety of methods to torment Dong-eun, including using a hair iron to burn parts of her body—which is based on a real 2006 bullying incident of a student at a girls’ middle school in Cheongju. Depictions of bullying in K-dramas are not new, but what sets The Glory apart is the graphic execution.

School bullying has been on the rise in South Korea since at least the 1990s. While South Korea’s survey-reported bullying rates aren’t necessarily higher than other countries’, bullying occupies an outsized position in public discourse. In recent years, there’s been a #MeToo-style reckoning over high-profile figures who’ve been accused of bullying while they were in school. Prominent cases include twin athletes Lee Jae-yeong and Lee Da-yeong of South Korea’s national women’s volleyball team, actor Kim Ji-soo, and Kim Ga-ram, a now-former member of the K-pop girl group LE SSERAFIM.

As The Glory shows, such discussions about bullying get wrapped up in angst around South Korea’s hyper-competitive society, and often highlight socioeconomic disparities. Due to their families’ status and influence, many bullies never face any consequences, and go on to become even more successful as adults. When bullied students ask for help, under-resourced teachers often dismiss such requests; in The Glory, we see teachers simply tell Dong-eun that “friends hit each other once in a while.”

With The Glory, screenwriter Kim redeems herself after the ambitious yet convoluted The King: Eternal Monarch. Kim takes a simpler approach and, with the help of director Ahn Gil-ho, crafts a revenge thriller filled with edge-of-your-seat twists. The K-drama’s strength lies in its character-driven story; the use of voiced-over letters from Dong-eun to her bully makes this story feel all the more personal.

The Glory’s pacing doesn’t brush off Dong-eun’s experiences either. Instead, viewers see her painful experiences in grave detail, starting from 2004 all the way to the present. This fleshed-out narrative allows audiences to sympathize with Dong-eun and feel that her revenge is justified, making her almost two-decade-long revenge plan feel even sweeter once she’s pulled the strings into motion.

Tensions run high whenever there’s a confrontation between Dong-eun and her perpetrators. They are reminiscent of action scenes but, instead of punches or slaps, the characters use words to hurt the other. The Glory also aptly uses the two-player strategy game Go/Baduk (which involves surrounding your enemy to gain territory) as an embodiment of Dong-eun’s revenge; Dong-eun has to play the calculated and silent game to get closer to her former bully’s husband as part of her plan. The game also reflects Dong-eun’s aspirations to become an architect, as she metaphorically tries to destroy her enemies’ “houses” while creating her own.

The drama also sees the return of Song Hye-kyo to the screen after last year’s underwhelming Now, We Are Breaking Up. Song plays Dong-eun’s brokenness with intensity, expressing her painful experiences with controlled anger. The role also showcases a relatively “dark” side to the actress, highlighting her range and silencing those who say that she may have been past her prime due to the low reception from her previous two dramas. Equally, Jung Ji-so’s performance as the young Dong-eun is noteworthy.

However, as with most K-dramas, out-of-the-place sub-plots—like Dong-eun enlisting the help of another woman in exchange for killing her husband—feel unnecessary. Lee Do-hyun’s performance as Dong-eun’s love interest and Go teacher Joo Yeo-jeong also feels mismatched. With his own potential for revenge, Yeo-jeong feels better off as an ally rather than a romantic pair. It’s also not very believable that Yeo-jeong is a sunbae (senior) to Dong-eun when, in real life, Song Hye-ko is 14 years older than Lee Do-hyun.

The Glory is another solid addition to the litany of K-dramas depicting school violence. Through its popularity and star-studded cast, the show reopens conversations around how South Korean society can protect bullying victims and prevent future incidents. The series’ first half set the tone and story perfectly. It will be interesting to see how Dong-eun’s battle continues in the second half. 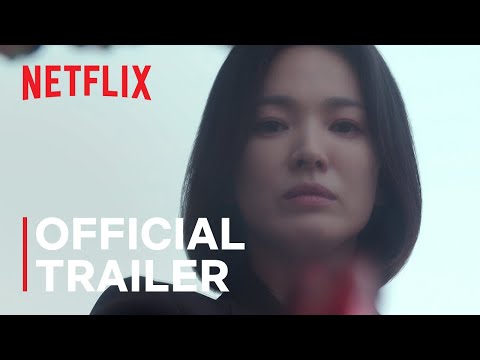 The Glory is available for streaming on Netflix worldwide.