“Under the Open Sky” paints an emotionally layered portrait of life at the margins of Japan’s rigid contemporary society.

Beyond legislation and aging though, deeper forces are also at play. On top of two decades of economic stagnation, Japan’s societal emphasis on conformity has led to increased alienation as those—like yakuza—who don’t fit a proper mold get tossed aside, or must find unconventional alternatives for connection.

It’s amidst this landscape that director Miwa Nishikawa’s Under the Open Sky finds its home. Focusing on a former yakuza who re-enter society after 13 years in prison, the film offers a poignant examination of one man’s muted struggles with contemporary Japan’s crushing social expectations. It’s a pity that the movie doesn’t have broader international distribution. Under the Open Sky’s meditations on alienation and criminal justice have universal resonance, and represent a promising new direction for yakuza films and Japanese cinema at large.

Under the Open Sky opens in Asahikawa Prison, where an aged man named Masao Mikami is getting released into the wintry Hokkaido landscape. A former yakuza, Mikami has just completed a 13 year sentence for murder–and now resolves to leave his past criminal life behind. His lawyer and social worker offer encouragement, telling him that making connections with other people will be key to societal re-entry.

Of course, that’s easier said than done. He has no friends or family beside him, no marketable skills, and no valid credentials that’ll help him discover meaningful work opportunities. Being an ex-yakuza and ex-con doesn’t help either. Besides practical barriers like being denied certain jobs and social services, it’s not like many Japanese are looking to make friends with a former gangster.

Yet, Mikami soldiers on, determined to live with dignity. Even after getting a social security stipend, he aspires to find a job. He wants to find his mother, who abandoned him as a young child. When he sees others being wrongly exploited, a strong sense of justice compels him to take action, though not always peacefully. We see the complex portrait of a man—hopes and dreams, frustrations and insults—trying to find his way in a world that’s constantly trying to throw him off balance. It’s a struggle that you don’t need to be Japanese to identify with.

Slowly but surely, Mikami’s search for dignity begins to attract supporters. A shopkeeper who initially suspects him of theft warms up to him after discovering they grew up in neighboring towns. After approaching Mikami to exploit him as the subject for a sensational program, a young television cameraman begins to develop empathy for him, and resolves to tell his story in an authentic, nuanced manner instead. A motley crew of connection forms around him—an alternative family, almost.

On this front, it’s worth comparing Under the Open Sky to another recent movie that dramatizes the yakuza’s decline, 2021’s A Family (also known as Yakuza and the Family). The two movies are a natural pairing. Both explore how a yakuza character attempts to find belonging amidst Japan’s restrictive society, though A Family attempts to do so by leaning into the action genre, while Under the Open Sky remains exclusively a personal drama.

A Family likely has broader appeal, as its pitched depictions of violence and “honor” can attract gangster genre fans—and that’s probably why the film gained wide international distribution on Netflix. On the other hand, Under the Open Sky probably has narrower appeal given its muted, more personal nature, but it is the better film of the two especially in terms of storytelling and social impact.

Distracted by action sequences and decades-long scope, A Family never develops its characters properly, and therefore fails to resonate when it comes to exploring the notions of “family” amidst personal alienation. Under the Open Sky is the opposite. Given its narrower focus on a single man in one time period, it has the space to examine Mikami’s motivations and character up close, to really test him and see how, in spite of everything, he is able to add value to the lives of others around him. As a result, the audience, too, grows to appreciate Mikami. When society presses down upon him—for instance when he’s forced to stay silent against the abuse of a developmentally disabled colleague—we feel his pain.

This close and empathetic examination of “alternative belonging” in Japanese society evokes another set of films—those of renowned director Hirokazu Kore-eda. Indeed, Under the Open Sky director Miwa Nishikawa was a disciple of Kore-eda’s, and Kore-eda served as the producer for her debut feature Wild Berries. Under the Open Sky’s lead actor Koji Yakusho also played the lead role—another convicted murderer—in Kore-eda’s 2017 movie The Third Murder.

Just as Kore-eda’s movies do for their characters, Under the Open Sky asks whether Mikami’s determination, his attempts to “build connections with people” as his lawyer and social worker say, are enough to truly gain him acceptance in Japanese society. The film refuses to give an easy answer, and that’s for the better, because it leaves audiences to keep searching for that answer in their own lives. This should have resonance for viewers anywhere—most other countries, for example the United States, also have significant challenges with reintegrating ex-cons.

The ability to compel viewers to re-examine the society around them—that’s the mark of a good socially conscious film, and Under the Open Sky earns it. Such films are still unfortunately rare in contemporary Japanese cinema which, perhaps in a meta-commentary on the dangers of excessive conformity, mostly mired in unoriginal anime franchise sequels and schmaltzy slice-of-life stories. Japan needs more filmmakers like Miwa Nishikawa and Hirokazu Kore-eda. Hopefully Under the Open Sky can gain broader distribution, and demonstrate that there’s demand for something more socially impactful than yet another Doraemon sequel. 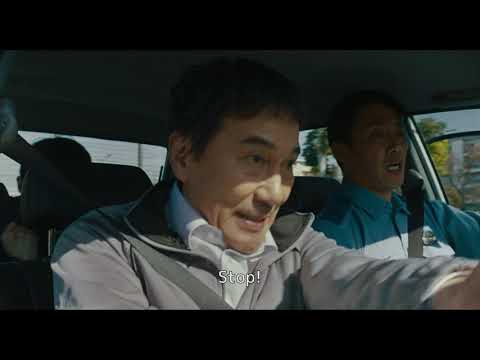 Review: "A Family" Shows the Yakuza Aren't so Glorious Anymore

Review: "A Family" Shows the Yakuza Aren't so Glorious Anymore