A doomsday cult, an earthquake, and dead cats—welcome to the trauma-filled world of Japanese mystery-thriller Sacrifice. Directed by Taku Tsuboi, the film focuses on a group of university students who investigate a series of cat killings on their campus. As their investigation proceeds, they reflect upon lingering angst from the 2011 Tohoku earthquake and childhood cult experiences. While Sacrifice offers another intriguing case study in how Japanese films deal with contemporary historical traumas like the Tohoku earthquake and Tokyo subway sarin attack, its dialog-heavy narrative feels confusing, rudderless, and ineffective.

Seven years after the Tohoku earthquake, Sacrifice introduces us to Midori—a university student who belonged to a cult called Sacred Tide. Midori has a special power: she can predict the future, and foresaw the Tohoku earthquake as a young child while part of Sacred Tide. However, she escaped from the cult and now lives a low-key life to avoid attracting remaining cult members who covet her premonitory abilities.

That low-key life doesn’t last long. When a spate of cat killings on her campus escalates, Midori’s clairvoyance comes to the fore again. Alongside a manipulative classmate named Toko, Midori starts digging into the killings. After Toko accuses him of being the culprit, the quiet and inoffensive Okita joins the two female students in their investigation. As they meander about, the three dive into wide-ranging existential discussions about cults, free will, and the cyclical nature of catastrophes. While Midori’s visions allow for the occasional flashbacks and flashforwards, Sacrifice mostly remains within the confines of anodyne everyday conversation between the trio.

Sacrifice arguably belongs to a tradition of Japanese media that grapple with historical trauma. Many international audiences may have the most familiarity with examples from the 1980’s and earlier—like Grave of the Fireflies, the original Godzilla, and Akira—which deal with WWII and nuclear proliferation anxieties.

In the past two decades though, a new slate of films, books, and shows have drawn from more contemporary traumas. 2016’s Shin Godzilla (literally “new Godzilla”) offered commentary about the 2011 Tohoku earthquake and Fukushima Daiichi nuclear disaster, while books like Haruki Murakami’s bestseller 1Q84 and anime like Shinichiro Watanabe’s Terror in Resonance reflect upon the Aum Shinrikyo cult that perpetrated 1995’s deadly Tokyo subway sarin attacks.

Sacrifice belongs to this more recent tradition, and might be the first Japanese feature to try addressing both the Tohoku earthquake and sarin attacks at once. The film offers pretty direct references to the earthquake with Midori’s prediction and through the protagonist trio’s existential musings. Midori’s former cult—Sacred Tide—also seems to have many parallels with Aum Shinrikyo. Just like the real Aum, the fictional Sacred Tide has a millenarian doomsday doctrine focused around the impending arrival of a third world war. The film’s university setting—and Midori’s fear of being discovered by remaining cult members—also offers echoes of how Aum recruited young, impressionable university students who sought easy answers to existential woes.

All Talk, No Walk

While Sacrifice’s attempt to address contemporary Japanese traumas deserves some praise for its ambition, it doesn’t meet the “classic” bar of something like Grave of the Fireflies or 1Q84. With its bright daytime settings and airy atmosphere, the film does a decent job at conveying a sense of youthful alienation and ennui. However, that “bright and airy” aesthetic feels all too common in recent Japanese cinema, and makes the ideas of gory cat killings (fortunately the film doesn’t directly show dead cats though) and traumatic re-examination feel strangely discordant.

In fact, this choice to combine an adolescent philosophical walk-and-talk with the jarring concept of cat and human murders contributes to a general sense of confusion that pervades Sacrifice. The film’s characters talk a lot—but all that dialog never advances the murder mystery plot nor explains critical context like why Sacred Tide cult members seem so motivated to commit certain sacrificial acts. By the movie’s end, key questions regarding various characters’ involvement in the murder mystery remain unresolved, lost in a sea of breezy existential pontification. There’s no clear connection between the musings and the murders, and a lack of clear resolution for both of those strands means audiences have no idea what to take away from the film overall.

Sacrifice seemed like a valiant effort. It tried to create an air of suspense with a murder mystery, and flavor that suspense with some valuable musings on Japan’s recent sociohistorical traumas. However, the film felt like too much hot air and not enough substance; it tried for too many ambitions and only half-succeeded at each of them. Viewers looking for an exploration of Japan’s national sorrows in the level of Godzilla or Akira should look elsewhere. 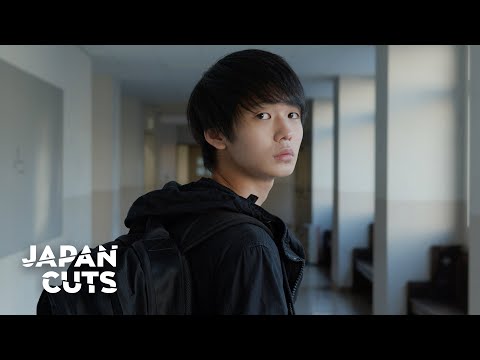 Sacrifice is screening at Japan Cuts 2020, which runs virtually for US audiences between July 17, 2020 and July 30, 2020. Purchase tickets at the Japan Cuts website.