Review: Thai Movie “One For The Road” Blends Buddy Roadtrip with Emotional Drama

Thai cinemas are often filled with cute but unserious romcoms that, despite best attempts at achieving high production value, inevitably fall to the lowest common denominator of slapstick humor and repetitive feel-good storylines. On rare occasions though, a few films manage to stand out against their peers with unique plots, novel premises, and world-class acting. One for the Road is 2022’s addition to this list. Directed by Nattawut “Baz” Poonpiriya of Bad Genius fame and backed by Wong Kar-wai, One for the Road brings talented Thai cast members together with a cinematographic style reminiscent of Wong Kar-wai’s In The Mood for Love and a plot full of twists and turns.

One for the Road opens with a simple premise: Boss, a playboy bartender in New York who is more interested in sleeping with his customers than making them drinks, returns to Thailand at the request of his friend Aood. It turns out Aood has terminal cancer, and he wants Boss to take one last roadtrip with him so that he can return a memento to each of his ex-girlfriends.

The first half of the film takes us through a series of contemporary meet-ups and flashbacks that tell the story of Aood’s previous relationships. There’s Alice, a dance instructor; Noona, an actress; and Roong, a photographer. The audience never gleans much depth about the three women in Aood’s past however—One for the Road uses them only as devices to point out Aood’s character flaws in his youth, and his introspective reflections as he grapples with mortality.

Aood’s character flaws are ultimately what bridges the first half of the film, which initially comes off as a disjoint set of three romantic tragedies, with the plot twist and drama of the latter half. In a pivotal scene, Boss takes Aood to his family’s hotel in Pattaya and makes him a cocktail inspired by each of Aood’s exes. As Aood downs these drinks, he reveals his largest moral failing in life: betraying Boss’ trust.

Without revealing too much of the plot twist, the second half of the film brings depth to Boss’ otherwise unlikeable playboy persona by introducing audiences to his tragic past. This plot twist comes just in time as audiences will likely tire of the stereotypical love stories of Aood’s exes by the halfway point of the film, and re-engages them with a brand new story that has far more intrigue.

The most impressive part of One for the Road, however, is the cinematography. Perhaps unsurprisingly for a project backed by Wong Kar-wai, One for the Road is a visual treat. The film makes painstaking efforts to showcase the shophouses of Bangkok, the beaches and vistas of Pattaya, and makes artful use of day and night shots in conjunction with the mood of the scenes. The level of detail was even enough for there to be a bar in Bangkok featuring props and scenes from the film, with faithful replicas of the cocktails that Boss made and the phone booth where Boss had an extracurricular liaison with one of his female customers.

One for the Road hits world-class standards of production value with its complex plot and cinematography; global audiences can expect a cinematic experience with Wong Kar-wai’s fingerprints all over it, but with a uniquely Thai flavor. The plot offers both humor and emotional heart-tugging, alongside a fair bit of twists and turns that will keep audiences engaged. One for the Road’s release (and rise to prominence–it premiered at the 2021 Sundance Film Festival) comes at a timely milestone as well, given Thailand’s re-opening to international tourists after one of the world’s strictest COVID lockdowns. Perhaps the combination of the film and its offline bar counterpart in Bangkok would drive some renewed attention for tourists to visit Thailand. At the very least, One for the Road earned its place amongst some of the most serious and artistically sophisticated films to come out of the kingdom in recent years. 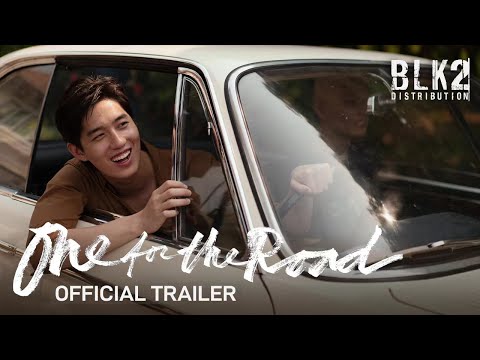 One for the Road is available on Netflix

20 Years Later, "In the Mood for Love" Remains an Iconic View into 1960s Hong Kong Fashion

Review: Thai Movie "Anatomy of Time" Dissects Crimes of the Past

20 Years Later, "In the Mood for Love" Remains an Iconic View into 1960s Hong Kong Fashion

Review: Thai Movie "Anatomy of Time" Dissects Crimes of the Past