Évora is often called the Barefoot Diva, by both her fans and herself. The nickname refers to her first album, La Diva Aux Pieds Nus, as well as her tendency to perform without wearing shoes. Throughout her life, she remained a humble artist. Born into poverty on the island of São Vicente in Cabo Verde, a cluster of islands off the coast of Western Africa, Évora was placed in an orphanage by age 10 and began singing in bars at age 16. It was not until her 1995 album Cesária, recorded when Évora was 53, that she gained international fame and her first Grammy nomination.

Portuguese filmmaker Ana Sofia Fonseca tells Évora’s story through a mix of archival footage, photos, and voiceover interviews, including interviews with many who were closest to her—such as her son, her granddaughter, her agent, and her personal assistant. While the documentary is fairly conventional in format and structure, Évora’s unique story and charisma keep the film from feeling dull. In fact, Évora’s music is so captivating that it speaks for itself—some of the film’s most transcendent moments are when one of her songs plays over footage of Cabo Verde, or when we see live footage of her performances.

Throughout her life, Cesária Évora remained deeply connected to her culture. “When we were on tour, the first thing she’d look for was Cape Verdeans,” Évora’s personal assistant and interpreter Jaqueline Sena says in the documentary. Évora primarily sang coladeira and morna music, two genres deeply rooted in Cabo Verde culture. Morna music in particular is born of Cabo Verde’s troubled history – the islands were colonized by the Portuguese in 1456 and remained a hub of the transatlantic slave trade for three centuries.

However, Cesária Évora is more interested in the life of its titular star than the history of her home. It offers an intimate glimpse into Évora’s personal life, exploring the early death of her father, her experiences growing up in the orphanage, and her struggles with poverty, alcohol, and depression. “People say my grandmother has a sad voice,” says Évora’s granddaughter. “It’s sad because of everything that she went through.”

Nevertheless, Fonseca always presents these challenges with care and respect. Despite Évora’s struggles, the film highlights her openness (she speaks of singing for all races and her appreciation for her fans all around the world), her love of Cabo Verde, and her sense of humor. When a radio caller on her 50th birthday wishes her another 50 years, she responds with mock dismay, “Do you want me performing with a cane?!”

Ultimately, this documentary is a tender glimpse into the life of a legendary musician, a woman who remained deeply connected to her home in Cabo Verde, even when thrust into international fame. For fans of Cesária Évora, this film is the definitive cinematic portrayal of her story. For newcomers, this is a warm-hearted introduction to one of the iconic voices of coladeira and morna music. 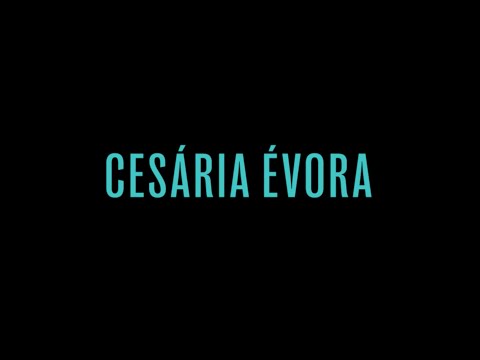 This article is part of Cinema Escapist’s dedicated coverage of the 2022 Vancouver International Film Festival.