Review: “The Disciple” Is a Necessarily Critical Ode to Hindustani Classical Music

Chaitanya Tamhane's "The Disciple" chronicles age-old musical tradition’s journey to find its place in the modern landscape through a coming-of-age story.

The Disciple is director (famed for his 2014 debut Court) Chaitanya Tamhane’s love letter to North Indian classical music, also known as Hindustani music. The film’s main character, Sharad Nerulkar (Aditya Modak), is an Indian classical singing student with a boundless passion for the craft. Unfortunately, the audience soon realizes that his ability does not match his passion.

Nerulkar’s journey of dedicating himself to the “lonely and hungry” road of musical mastery leads to unique insights into personal growth, hero worship, and the uncertain place of tradition in a world that’s passed it by. The Disciple is a mirror to Indian classical music’s struggle to retain its traditions in a changing India, told through Nerulkar’s coming-of-age story. The film provides a harsh but necessary critique about the legend of the art form.

Traditions in a Modern Age

The Disciple explores an art form past its golden age, something even cinema itself can relate to.  In an interview with Cinema Escapist, director Chaitanya Tamhane said, “I think cinema saw its glorious peak in the 20th century, and now it’s splintering off into series, short videos, and other [mediums]. In that sense, The Disciple is a very personal film for me.”

The film references the guru-shishya (disciple) tradition from ancient India, where students would live with their teacher to immerse themselves in learning the guru’s skills and philosophy. While this tradition is losing popularity, it continues to represent a spiritual ideal in Indian culture. One such skill that a guru of classical music would pass on to their student was khayal. Based on a word that means “imagination”, khayal is a genre of singing where the singer must improvise a composition mid-performance while adhering to a musical framework (known as raga). Masters of the craft consider it a meditative experience, where their thoughts color their improvisations.

Nerulkar is a child of this tradition—he worships his father’s guru, a legendary classical singer called Maai. His childhood leads him to pursue khayal mastery, choosing the lifestyle over a sustainable job. This decision embodies a problem classical music faces: the ideal path to mastery isn’t a practical way to learn in urban, Internet-connected India. Nerulkar’s family is distraught over this decision, and he struggles to reconcile the fact that his friends forgo guru-disciple training while also exceeding his musical skill.

This doubt shakes but doesn’t dissuade Nerulkar. Before every performance, he rides his motorcycle with Maai’s words echoing in the background. “I sing for only God and my guru”, Maai intones as a tanpura plays a trance-like resonance. Her lectures about the purity of art and the artist become the mantra for Nerulkar’s life. These meditative motorcycle scenes recurrently punctuate the movie, and you begin to believe her words along with Nerulkar, as unachievable as they sound.

However, you also start to notice the vast chasm between Maai’s words and Nerulkar’s actions. Instead of inspiring Nerulkar, the legendary perfection of khayal masters eats away at his hope of ever becoming one. The mythos of Hindustani classical gurus was meant to inspire students, but in reality creates an insurmountable “purity of thought” requirement that demoralizes Nerulkar. To add insult to injury, the holiness is often superficial; countless “pure” Indian classical music gurus face sexual assault allegations.

Nerulkar’s relationship with Maai parallels this darker side of the musical community. When he meets a music critic who has met Maai, he can’t reconcile the critic’s stories with her legend. That critic breaks apart each piece of Maai’s teachings, claiming she was a prostitute before she became a famous singer. He even has some recordings of her singing, even though she famously never sang for others. The audience sees Maai as a flawed, talented musician who had to create a persona to overcome stigma in a male-dominated genre. Meanwhile, Nerulkar’s reaction is the same as a child who just learned that Santa Claus isn’t real.

Nerulkar has never succeeded in following Maai’s ideology, but he finally realizes this himself. He cares deeply about winning singing competitions, derives value from comparing himself to his fellow students, and disparages those that don’t like his music. Nerulkar’s deviation from Maai’s  teachings fosters frustration and disillusionment, culminating in self-hatred as he watches people around him succeed in their musical careers.

“My starting point was wanting to explore the gradual fading of a dream, and what obstacles and reasons cause it,” said director Tamhane.

The Disciple’s revelations of hypocrisy provide a necessary lesson. Tradition’s teachings provide meditative insight: happiness comes from doing things for yourself, the bond between teacher and student is sacred, and failure at a goal doesn’t mean the end of a dream. However, building a legend of moral superiority based on tradition isn’t a method that fulfills those teachings. The film instead encourages artists to embrace their own successes and pursue art instead of legends.

In director Tamhane’s words, “we shouldn’t let our heroes become our oppressors.”

Chaitanya Tamhane’s film critiques something that he clearly loves, and dares to face the darkness in it. His dedication to Hindustani music shows in The Disciple’s musical score, one that conveys the ethos of Indian classical music, and puts you into a meditative trance.

“We were working within the medium of cinema, and trying to depict another medium: music. With both mediums being inherently temporal, it created even more challenge to do justice to the music without short-changing the viewer or feeling rushed. We had to consider how the individual pieces contributed to the soundscape of the film, and how they shape the color of the entire film.” Tamhane said regarding his musical thought process.

Much like khayal, The Disciple is a reflection of the artist’s mind. The beauty of the film is in its subtlety, with emotion conveyed through small facial expressions and sound. If you enjoy introspective art, it’s a film you shouldn’t miss. Ironically, The Disciple becomes the audience’s guru, teaching us new perspectives on failure, an artist’s journey, and a dream’s decay. 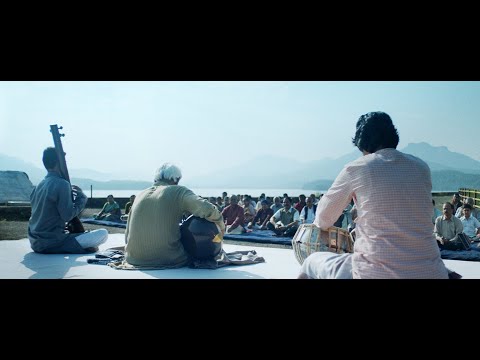 Review: Jamaica's "Rockers" Is A Celebration of Black Music, Culture, and Camaraderie

Review: Jamaica's "Rockers" Is A Celebration of Black Music, Culture, and Camaraderie