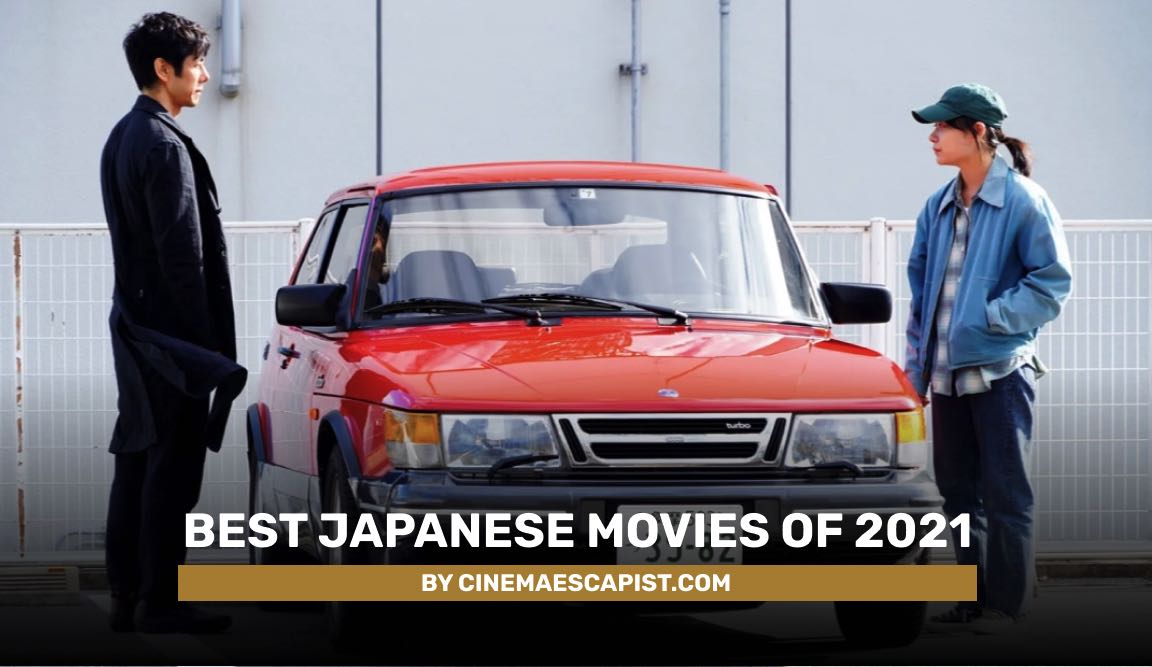 2021 was a big year for Japan, with the Tokyo Olympics finally occurring and a big COVID surge thereafter. Despite ups and downs, Japanese theaters and film festivals still persisted for a good part of 2021.

So what were the Best Japanese Movies of 2021?

Cinema Escapist has selected 10 Japanese movies that we feel are the top releases from 2021. Our choices include both indie and blockbuster films, with samplings across genres like comedy, action, romance, animation, and more. Note while feature-length sequels to popular anime or manga franchises took Japan’s box office by storm in 2021, we’ve tilted this list towards more original movies that display better narrative innovation and societal significance. We’ve also tried to include streaming links on services like Netflix, when available. 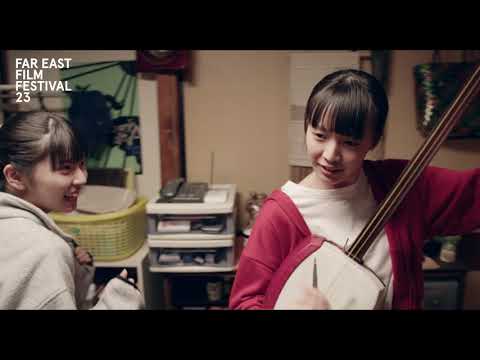 Teenage girl rebels against family and finds a job at a maid cafe—that’s one way to describe the 2021 Japanese film Ito. However, this isn’t some sordid tale of a young woman fallen from grace. Instead, it’s an exploration of Japan’s cultural traditions, and outer prefectures that you don’t often see in cinema.

Ito’s title comes from its protagonist, a girl named Ito Soma. She’s really good at a variety of music called Tsugaru-shamisen that’s a centerpiece of local culture in her native Aomori prefecture (in the north of Japan). However, Ito has significant anxiety about playing in public, and feels ashamed by her regional Aomori dialect. Pining for self-transformation, she ends up getting a job at a maid cafe (a wholesome one) and learning about life from the people she meets there.

Though Ito might feature some highly specific Japanese traditions, it managed to gain a decent amount of festival distribution in New York, Hawaii, and more. The film also won the Audience Award at 2021’s Osaka Asian FIlm Festival in Japan. 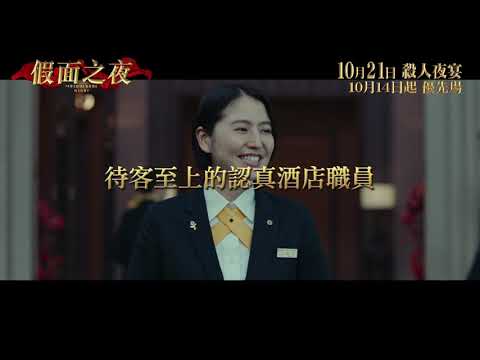 Masquerade Night is the sequel to Masquerade Hotel, which was on our list of 2019’s best Japanese movies.

If you enjoyed Masquerade Hotel, you’ll find Masquerade Night strikingly similar in terms of substance and characters. Even if you haven’t seen its predecessor film, Masquerade Night should prove a spirited and entertaining movie with your standard murder mystery elements. Japanese audiences seemed to like it at least; Masquerade Night was the eighth highest grossing film of 2021 in Japan. 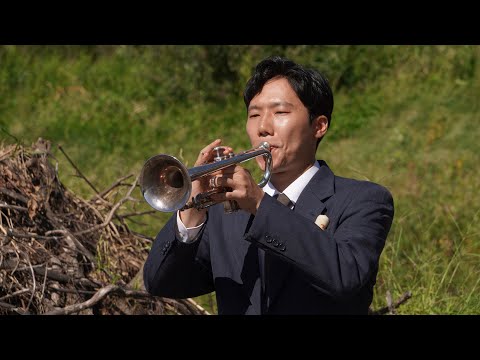 Movies critiquing militarism are part and parcel of Japanese cinema, given the nation’s pacifist legacies in the wake of WWII. The Blue Danube continues this tradition in its own absurdist, artistic way.

This 2021 Japanese film examines war through the perspective of two towns on opposite sides of a river. Every day, these towns wake up and start shooting at each other—though nobody really knows why. When a bugler named Tsuyuki is assigned to play in a marching band, he begins to play the Blue Danube Waltz by the riverbank whilst wondering what people in the other town are like.

The Blue Danube proceeds almost like a series of episodic sketches. It’s reminiscent of a Samuel Beckett play—full of boredom and bleakness, yet somehow still able to find humor amidst it all. It’s no wonder the film did decently on the festival circuit, screening at the International Film Festival Rotterdam and Japan Cuts, among others. If you’re someone who enjoys independent, experimental films, The Blue Danube is worth a watch.

8. We Made a Beautiful Bouquet 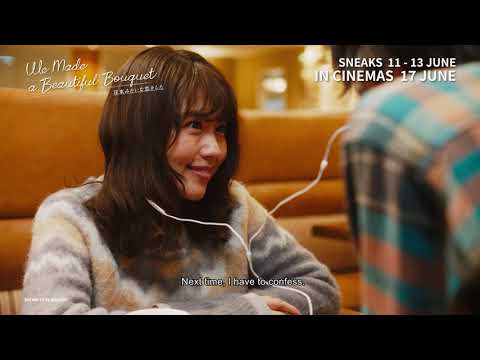 Masaki Suda and Kasumi Arimura are two of Japan’s most popular actors; they unite for the 2021 romance film We Made a Beautiful Bouquet.

Suda and Arimura respectively play a man named Mugi and a woman named Kinu. One day, the two meet after missing the last train home.

However, the movie starts five years after that encounter, and establishes that their relationship will not last. What makes this film interesting, then, is its exploration about the ephemerality of love and happiness, and how that fleeting nature imbues relationships with meaning.

Furthermore, We Made a Beautiful Bouquet offers a realistic, modern take on the challenges of romance. The film dives into the character’s financial issues and professional obligations, offering a welcome respite from the sudden cancer diagnoses or memory loss-inducing car accidents that often plague East Asian melodramas. 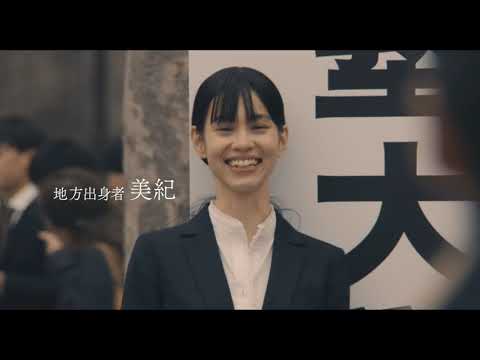 Aristocrats centers on two women, Hanako and Miki. The former is a wealthy Tokyoite; the latter grew up in a small prefecture and tested into the prestigious Keio University, but dropped out due to family circumstances and has to work odd jobs to make ends meet. When Hanako learns that Miki has also been seeing the man her upper-class family wants her to marry, the two end up meeting and building an unlikely connection.

Class divisions are certainly on display in Aristocrats. However, what’s even more interesting is how the movie shows that, regardless of wealth or privilege, Japanese women seem to always be second-class citizens compared to men. If you’re looking for a socially conscious film that’s female-centric and mellow, check out Aristocrats.

Learn more about Aristocrats in our full-length review 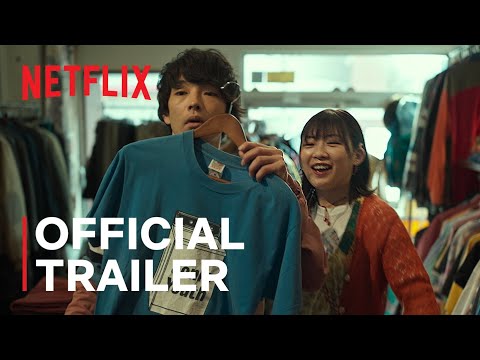 With the 2021 film We Couldn’t Become Adults, it seems like Japanese cinema is taking a page from China by producing a nostalgia-tinged tragi-romance.

The movie starts with a 46 year-old man named Makoto Sato. One day, a sudden friend request sends Sato back on a nostalgia trip to the 1990’s, one imbued with reminisces about past lovers. We see the vagaries of romantic disappointment and professional failure gradually grind Makoto down, his dreams fading into the past.

We Couldn’t Become Adults is particularly interesting when viewed as a mirror for the social malaise of Japan’s Lost Decades. Since the early 1990s, Japan’s economy has stagnated. As a result, a whole “lost generation” of Japanese stuck in a state of sclerotic social purgatory, with some retreating inwards as hikikomori. Though Makoto Sato is not a hikikomori himself, his trials and tribulations offer an easily accessible and emotionally resonant look into the struggles of those who’ve lost all direction in modern Japan.

Stream this Japanese movie on Netflix 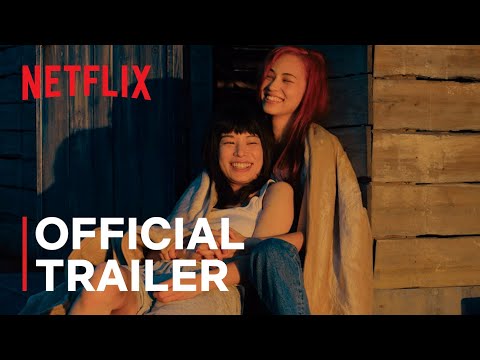 The combination of brooding violence and lesbian sex isn’t something you see very often in live-action Japanese cinema. However, Ride or Die contains that unique mix.

This 2021 Japanese movie begins with an introduction to Rei. She’s a plastic surgeon from a rich family, who also happens to be a lesbian. Rei has just killed a man—the abusive husband of her former classmate (and teenage crush) Nanae Shinioda. In the wake of the murder, Rei and Nanae go on the lam together, and begin to explore the messy depths of their rekindled relationship.

Ride or Die is none of those things. It’s exciting, avoids usual Japanese LGBTQ stereotypes (ex. Boy’s Love romance), and replete with a level of passion (thanks to gratuitous violence and full-frontal sex scenes) you might expect from Korea or Hollywood.

With high production values and a distinctive soundtrack from eclectic musician Haruomi Hosono as icing on the cake, Ride or Die is worth a watch if you’re tired of the usual plodding fare Japan puts out these days. Even better, it’s easily streamable on Netflix.

Stream this Japanese movie on Netflix 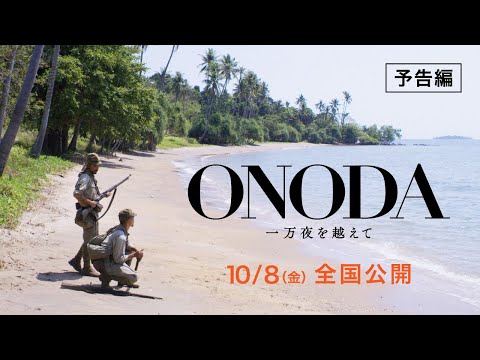 You might notice that the director of Onoda: 10,000 Nights in the Jungle isn’t Japanese. Indeed, this film is a Japanese-French co-production with a heavily French crew and financing. However, Onoda tells a thoroughly Japanese story with 100% Japanese cast and dialog.

Onoda takes its name from Hiroo Onoda, a real-life Imperial Japanese Army officer who spent 29 years hiding in the Philippine jungle after WWII, refusing to surrender or even believe that the war had ended.

The film centers on Onoda’s time in the Philippines, diving deep into his psyche to explore what motivated him to hold out for so long. In doing so, it offers a nuanced and resonant exploration of the psychology of fanaticism. That should hold resonance for viewers even outside Japan, given the popularity of conspiracy theories and lies about stolen elections these days. Within a Japanese context, the notion of militaristic fervor should also strike a chord given increased nationalistic burblings over the past few years.

3. Wheel of Fortune and Fantasy 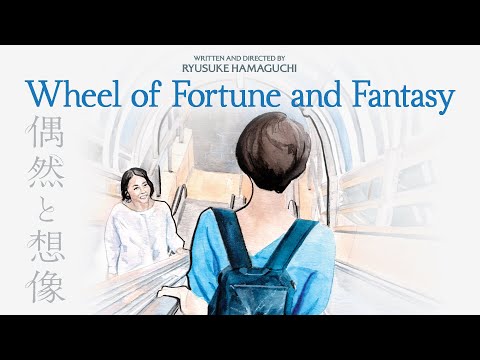 Wheel of Fortune and Fantasy consists of three parts. Each depicts a coincidental encounter centering on a female character, and explores the vicissitudes of love. With this film, Hamaguchi has crafted flowing dialog and fleshed-out characters that all come to life with excellent acting.

If you enjoy artistic films that explore the intricacies of human nature, look no further than Wheel of Fortune and Fantasy. It’s a sweet, sensitive, and humorous examination of what it means for humans to feel, and be, connected.

Learn more about Wheel of Fortune and Fantasy in our full review. 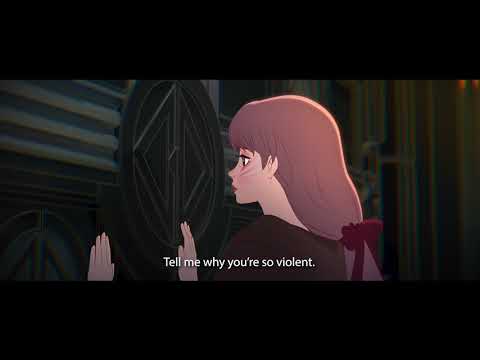 Mamoru Hosoda is one of Japan’s most critically acclaimed animators, and he returned in 2021 with Belle. The film was not only critical success—garnering a standing ovation upon its premiere at Cannes—but also became one of the top grossing films in Japan during 2021.

Belle focuses on a 17 year-old student named Suzu, who lives with her father in Japan’s rural Kochi prefecture. After becoming traumatized by the death of her mother, Suzu finds solace in a virtual world called “U” and assumes an online alter ego through her avatar “Belle.”

It goes without saying that Belle contains some high quality animations; Hosoda does an exceptional job of bringing “U” to life with epic visuals of dragons and castles. On the front of social significance, Belle also comes at an opportune time. With large tech companies ramping up their efforts to create metaverses, the film helps us ponder whether such virtual realities will truly bring the world closer together, or instead simply transplant the real world’s alienation into a new yet parallel medium. 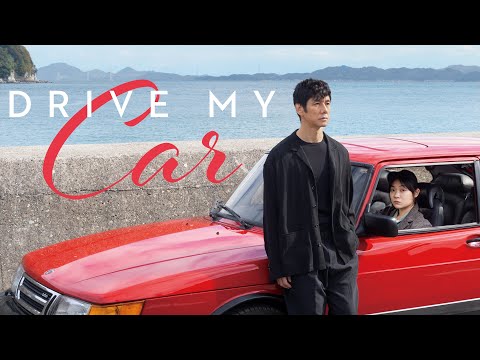 Topping off our list of 2021’s best Japanese movies is Drive My Car. This is yet another movie from director Ryusuke Hamaguchi, who seems to have had quite a good year with 2021.

Hamaguchi was working from some pretty strong source material for this movie. Drive My Car is the adaptation of an eponymous short story by famed author Haruki Marukami. Despite the fact that the original story is just under 40 pages, Hamaguchi manages to make Drive My Car the movie into a three hour-long epic. Don’t be scared by that running time though. Drive My Car’s plot flows by smoothly, and is pretty easy to follow.

The film follows a Tokyo-based theatrical actor named Kafuku. We learn that his wife Oto has been dead for two years, and her death has imbued Kafuku with silent streaks of trauma. One day, Kafuku accepts an invitation from a theater festival in Hiroshima to put on a production of Chekov’s Uncle Vanya. The festival assigns him a driver, a young woman named Misaki. As the two journey across Japan, their bond deepens—and the film takes us into a devastatingly beautiful exploration of loss and letting go. It’s a profound meditation on the human condition.